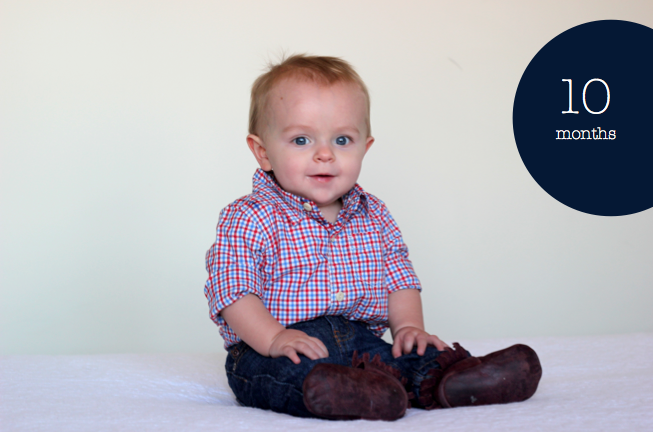 Hudson is a talker. He has been saying a whole lot of "ma-ma-ma" and "da-da-da" but he hasn't specifically used either to get the attention of Mark or me. He also doesn't say either on command. In fact, Hudson doesn't really perform on command. In spite of efforts, he likes to leave us hanging. We proclaim how cute such and such is...and then...Hudson looks at us like we have four heads instead of following through with a performance. But he talks to his toys, as he stacks blocks or cups and knocks them over. He has a mini barn and he tells those farm animals lengthy stories as he moves them in and out of the barn with rhythmic sign-song notes.

He loves music, dancing to music, clapping to music, music, music, music. I need to remember to play music more frequently during our days at home. When all else fails, I pull out our plastic maracas that we received as party favors over a year ago. They are long standing winners in our house, especially with Hudson.

He is teething a lot right now, mostly by chewing on our coffee table. Every time I turn around, he has moved over to there and started gnawing away. I have tried just about everything, but there are new teeth marks each week. The little stinker.

We've been playing lots of new games, especially peek-a-boo, balancing toys on his head, and rolling balls. It builds the bond between Behr and Hudson even more. Hudson has also begun to play independently. He entertains himself sometimes just by waving his arms around and making himself crack up in laughter. 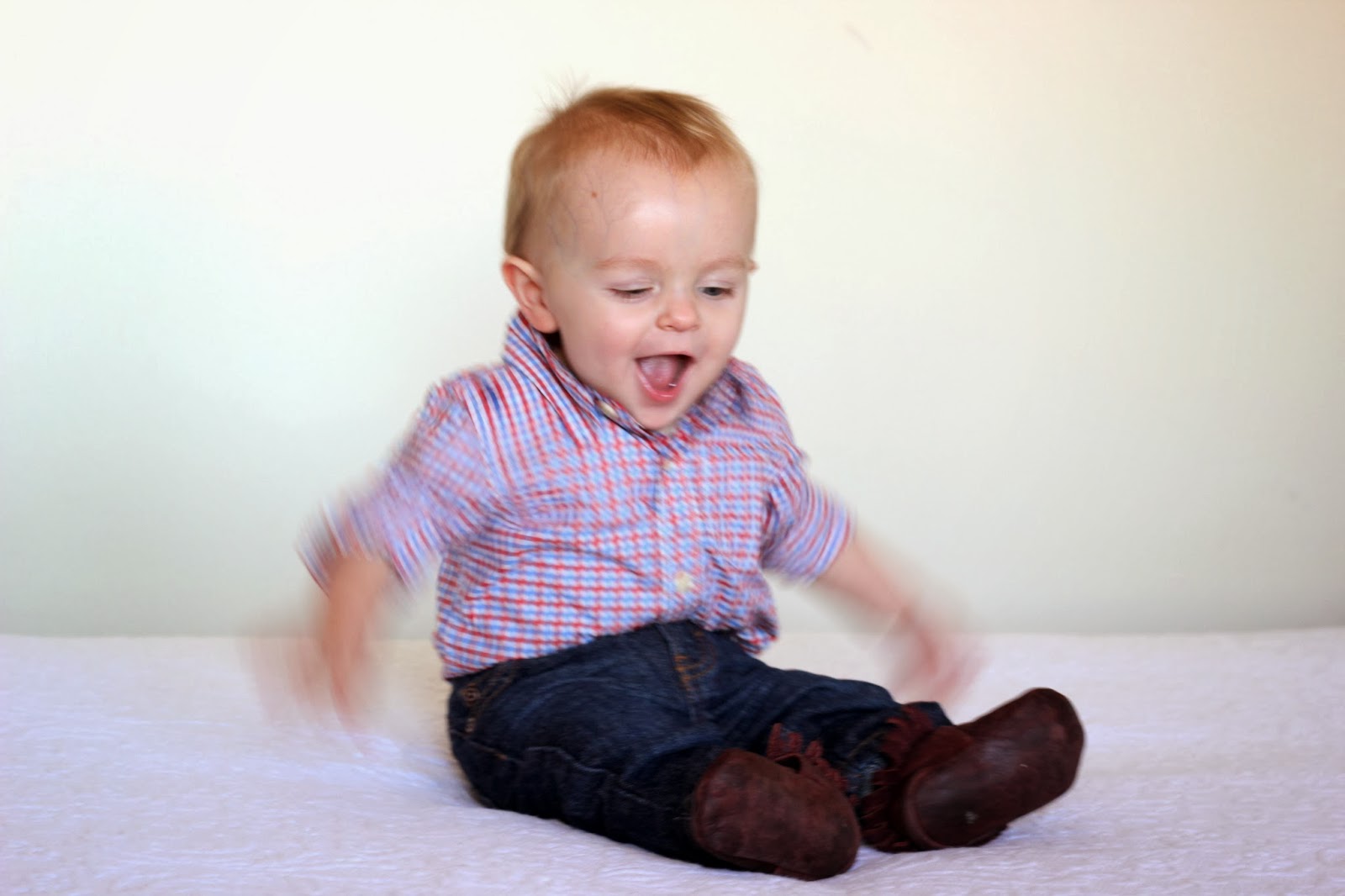 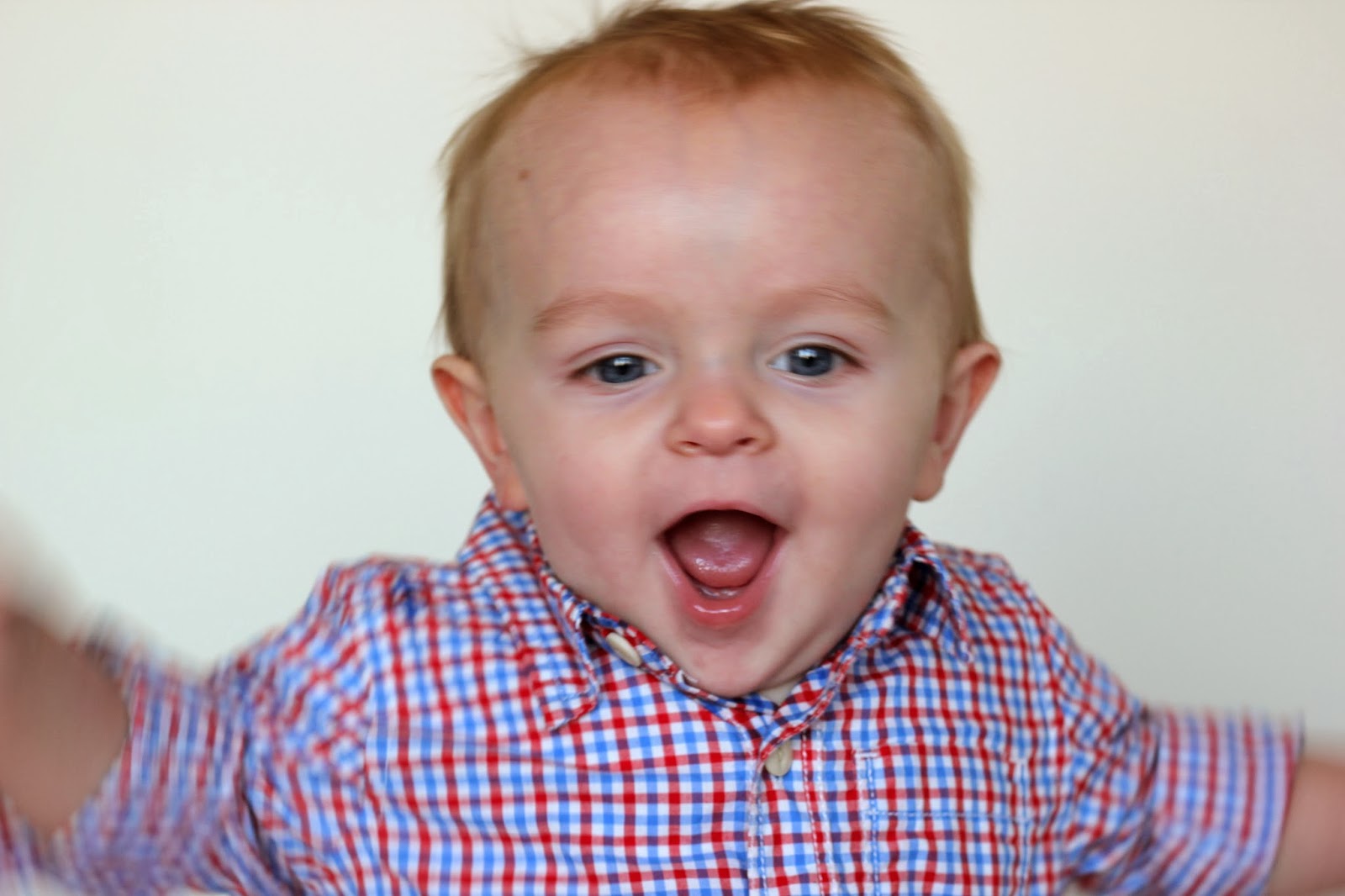 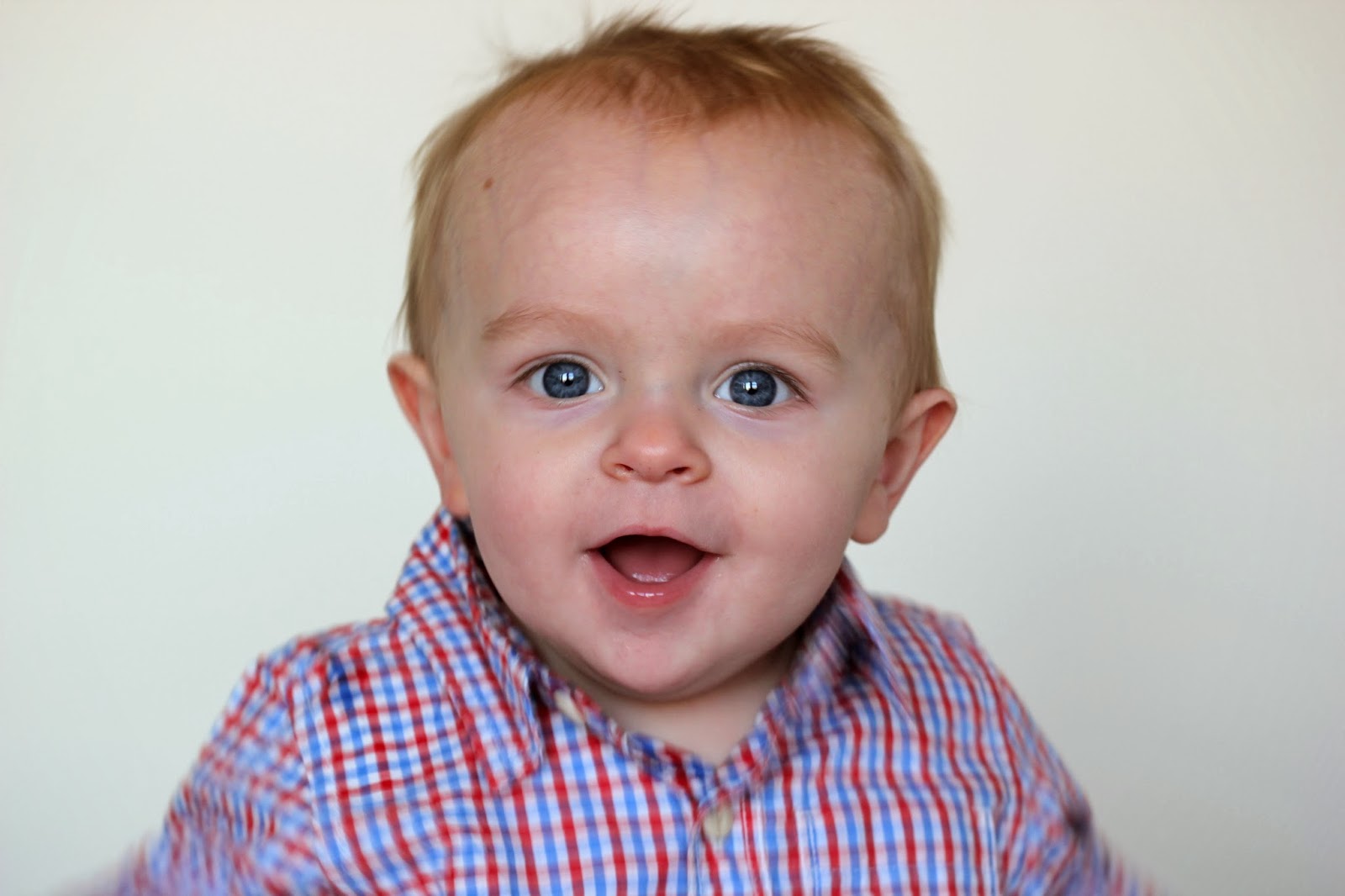 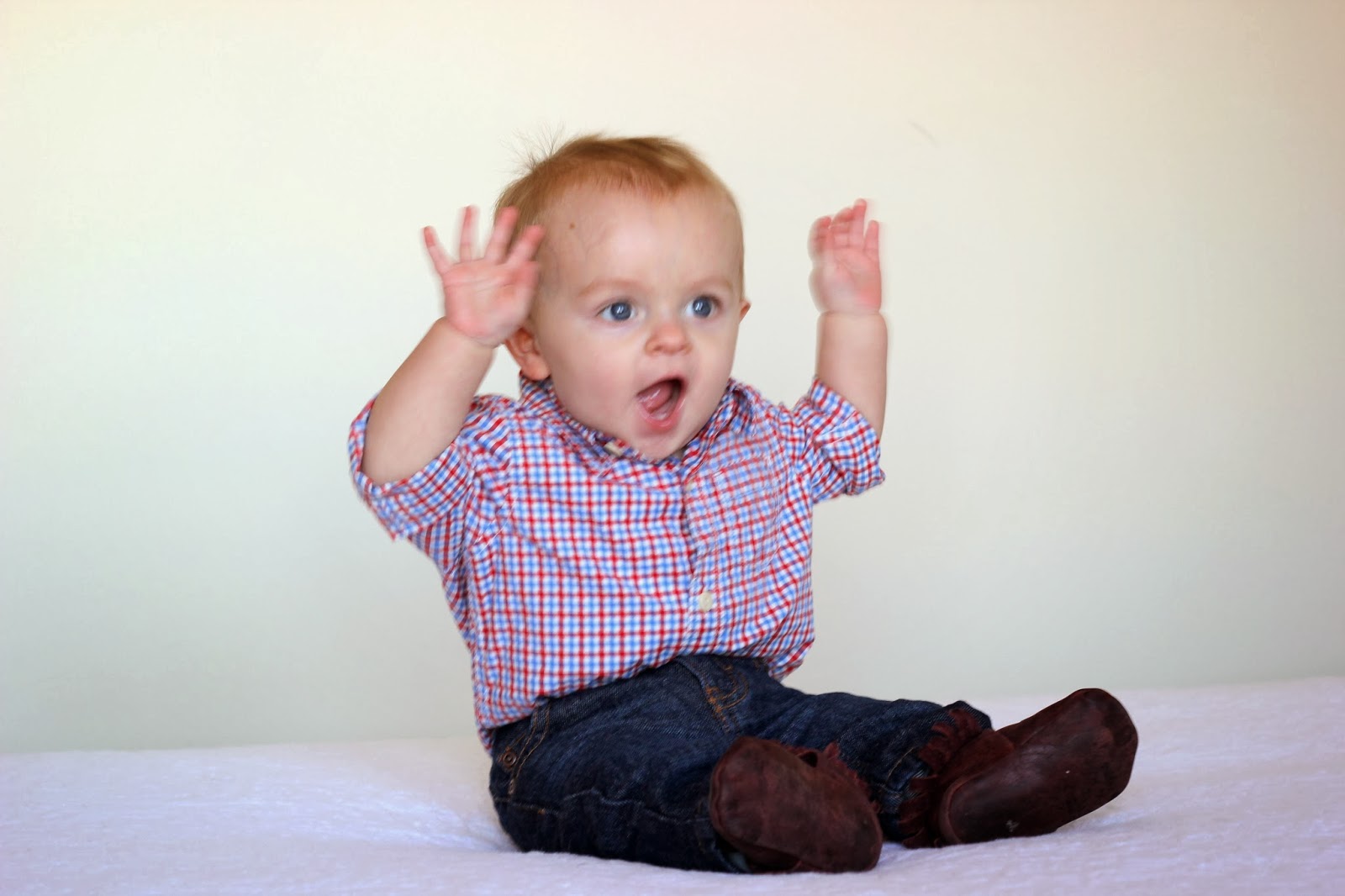 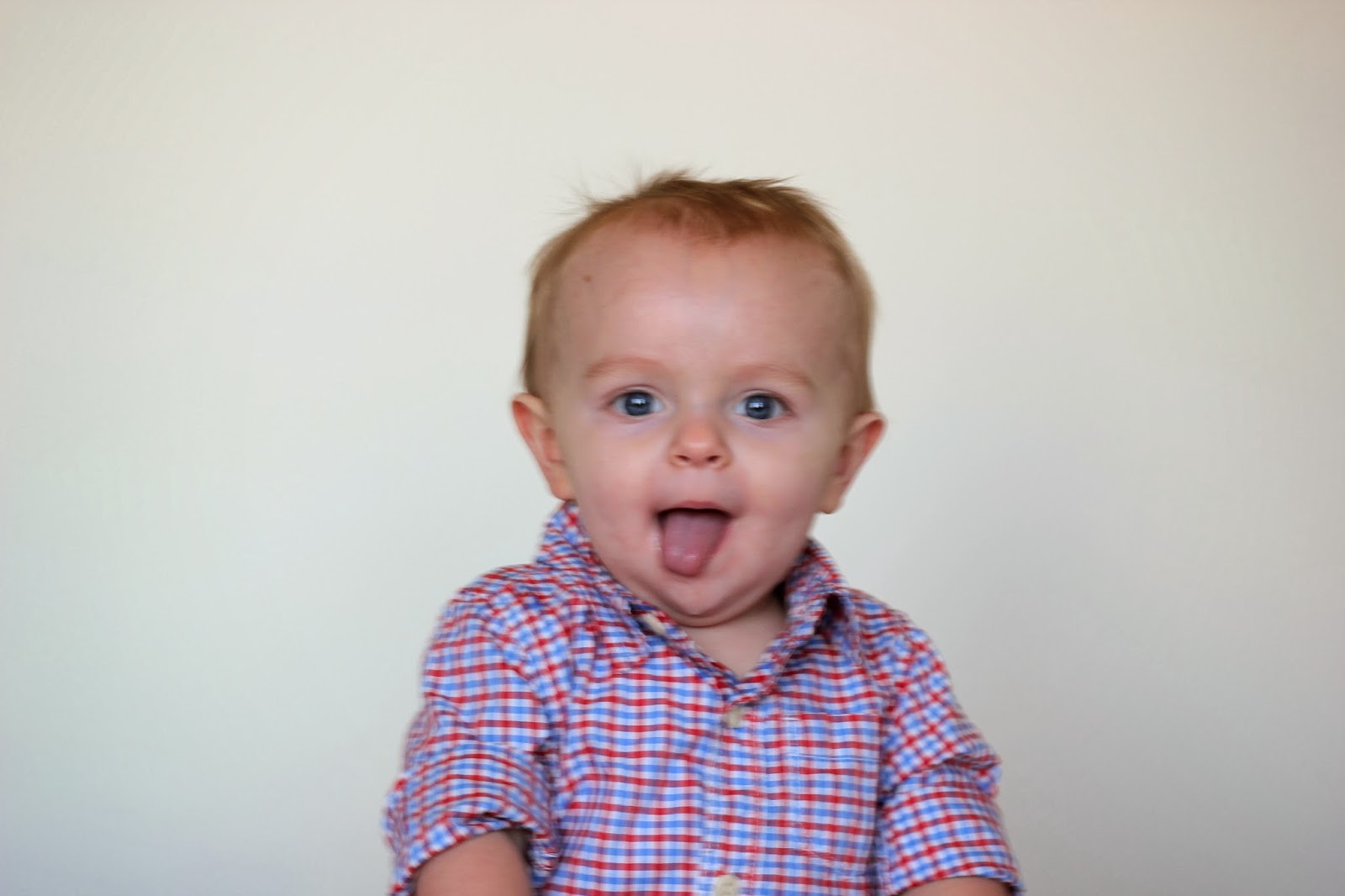 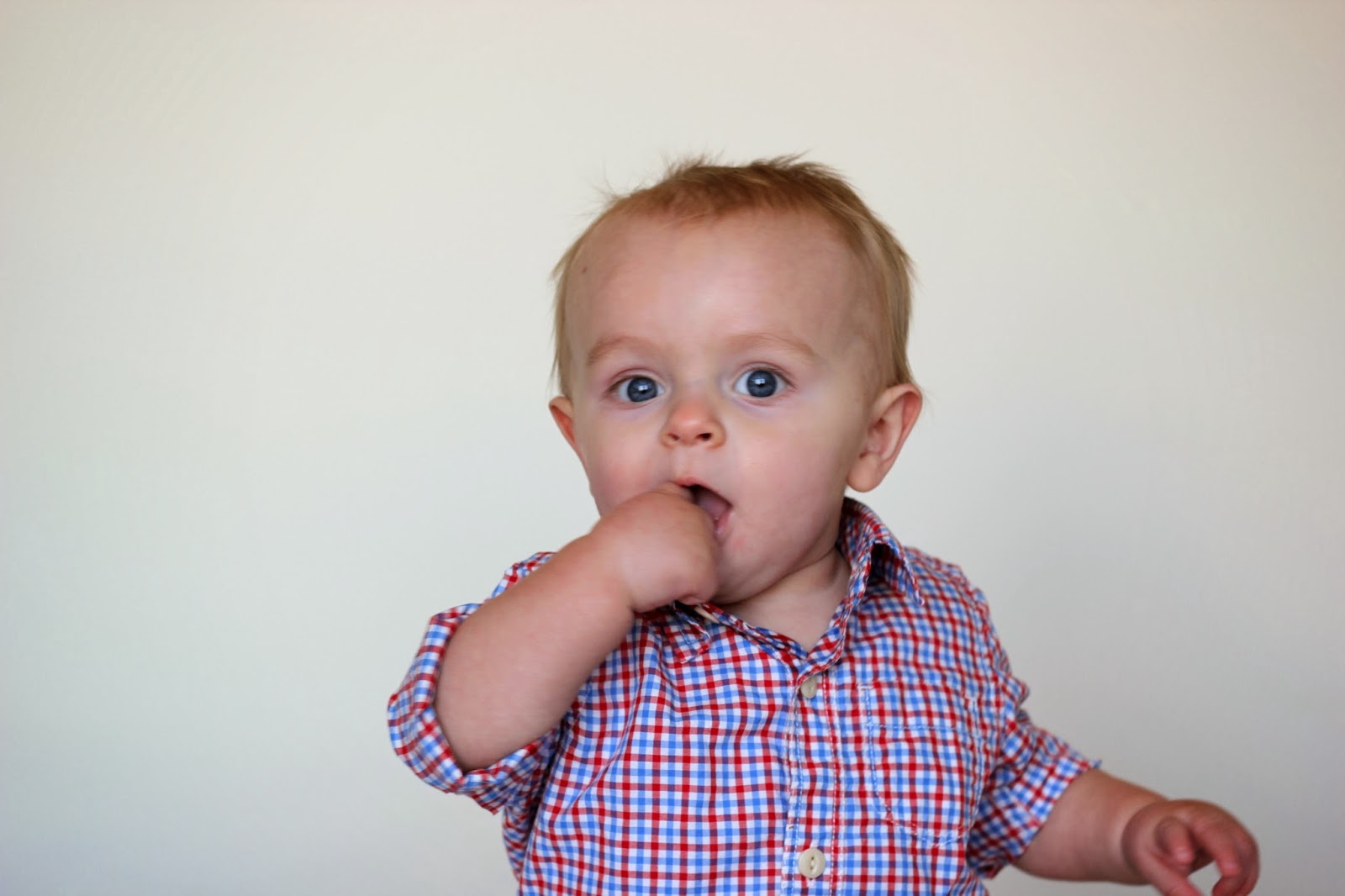 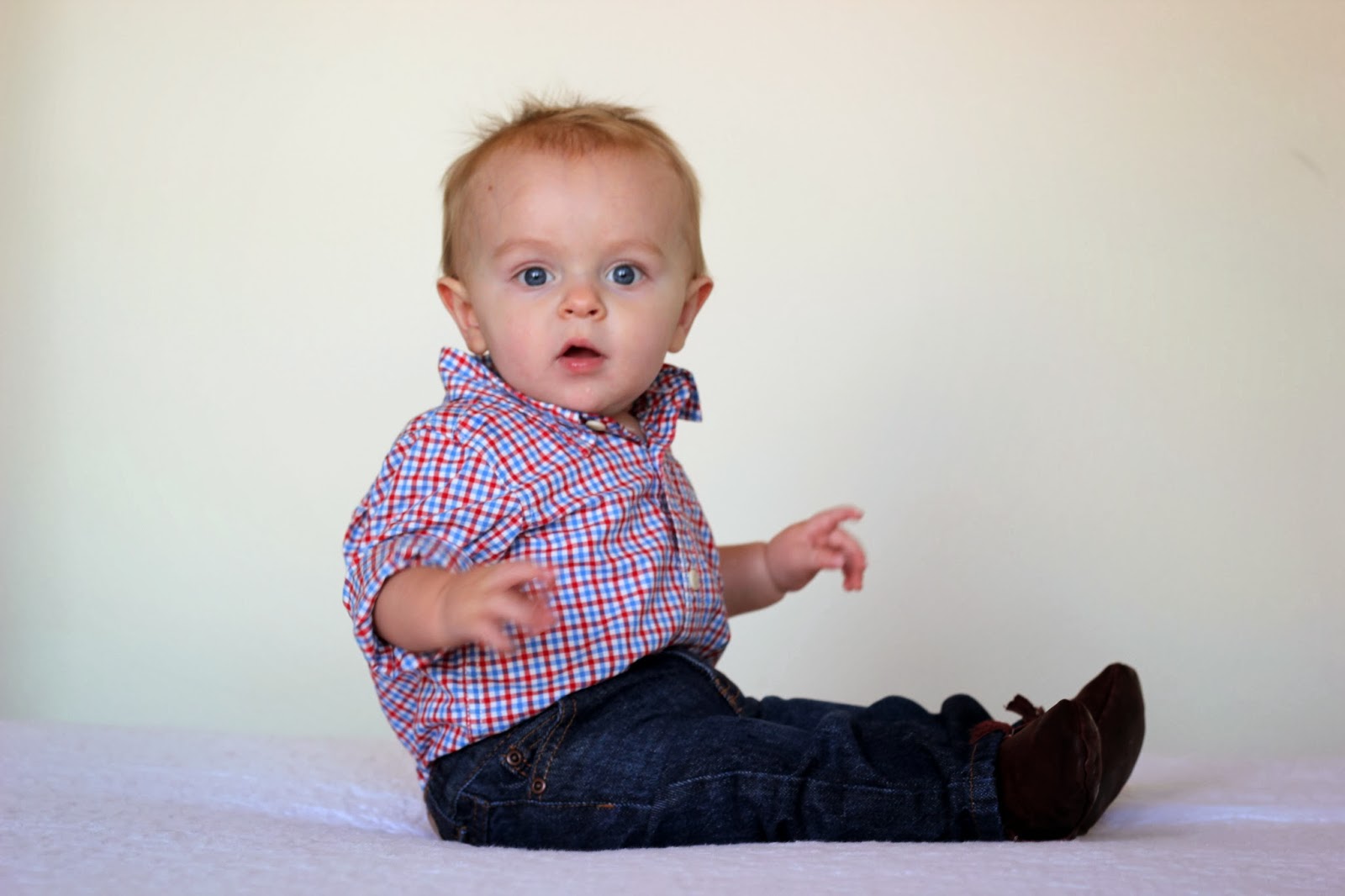 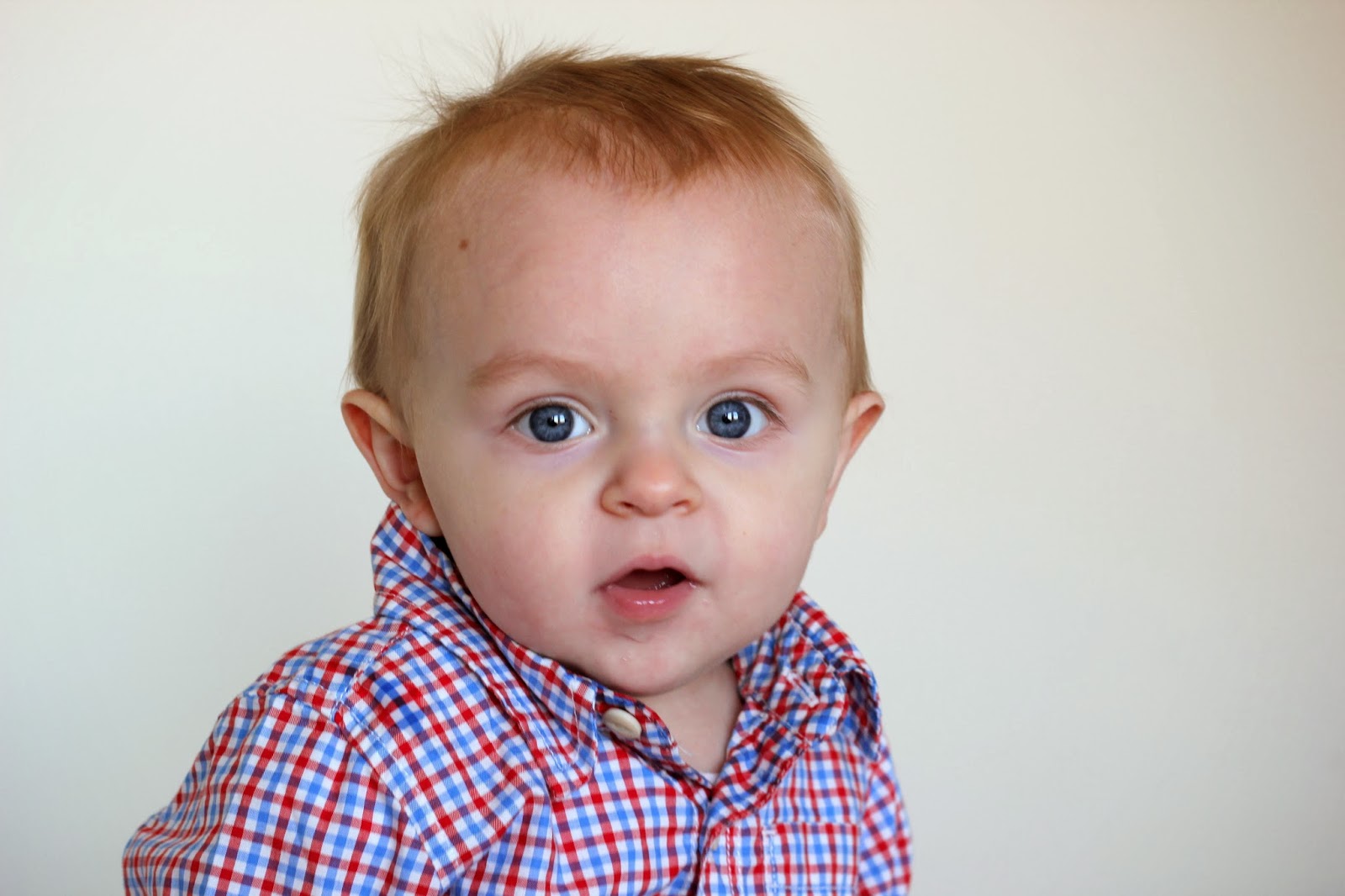 Disclaimer: compensated affiliate links may be used in this post.
on 10.2.14