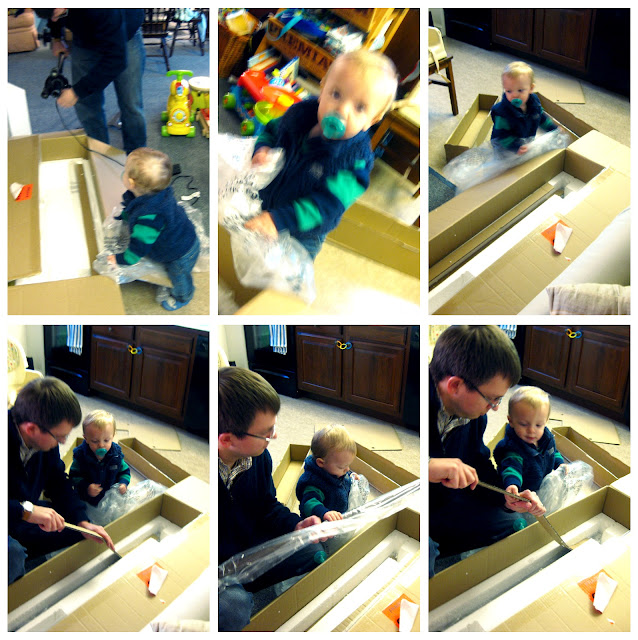 Trying to take a picture of a boy with a mysterious box placed in front of him...

...well, let's just say, I never should have tried.

The adage from parents is that a free cardboard box always trumps the fancy toys. Over the weekend, this wisdom was reinforced. Behr was excited about the box as soon as we picked it up from claims at Pottery Barn. As soon as the box made its way into our apartment, his eyes widen. And then the box opened. There was plastic wrap, styrofoam and cardboard strips. Behr wanted to touch and feel and try to taste...everything! He was in his glory. As you can see, helping Dad is hard work. And Behr was certainly a huge help.


Linking up with Mogan of Mama Loves Papa for Small Style

side note: my parents have been so gracious and have outfitted Behr with some of his most adorable clothes, including nearly everything he wears from babyGap. Thanks Yia-yia and Popouli!