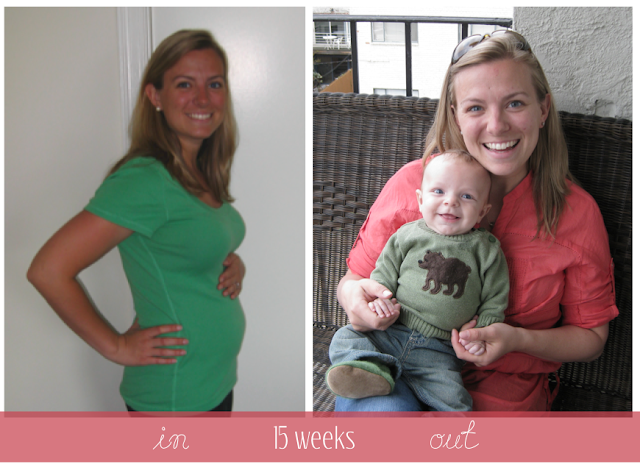 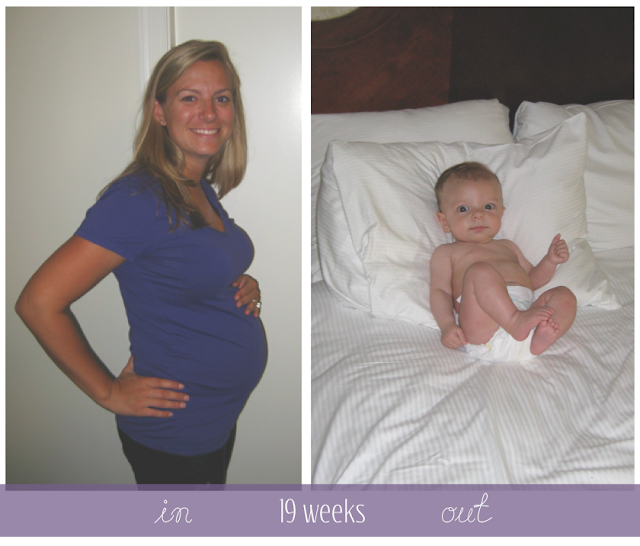 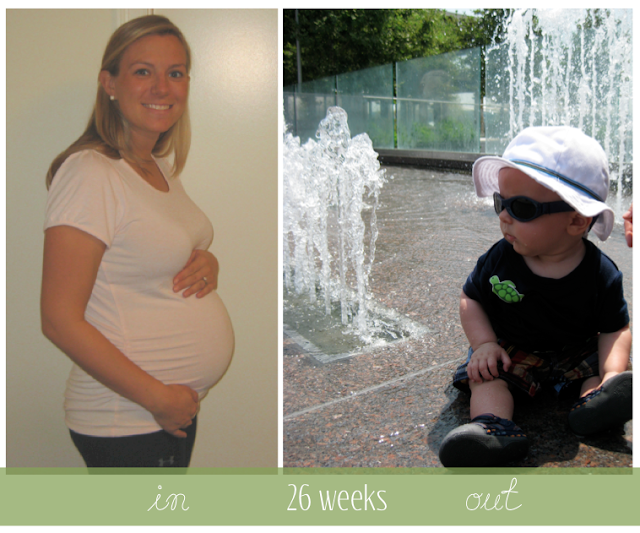 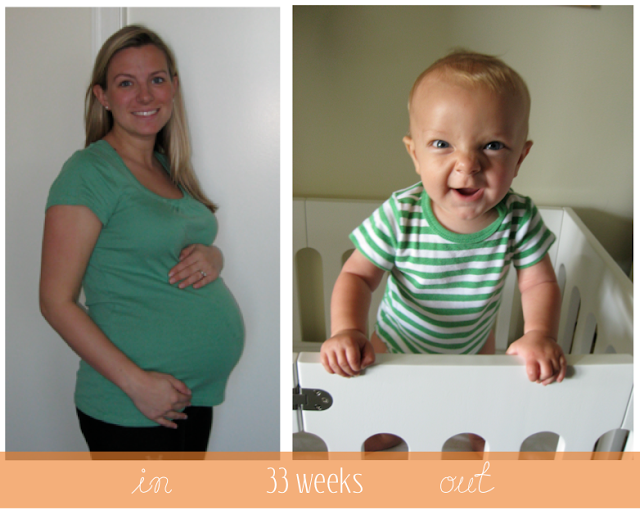 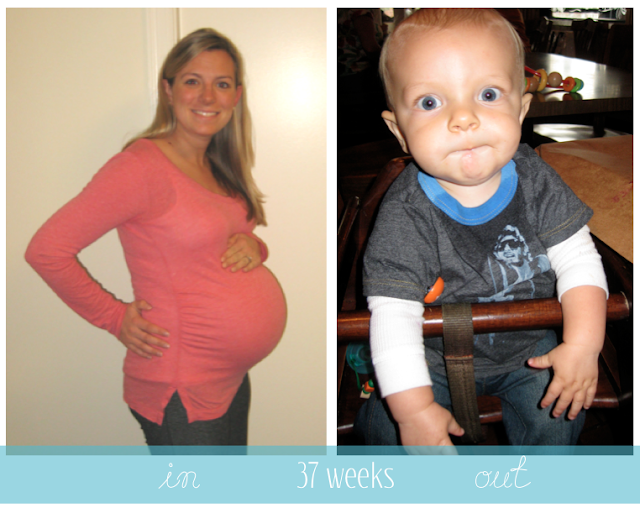 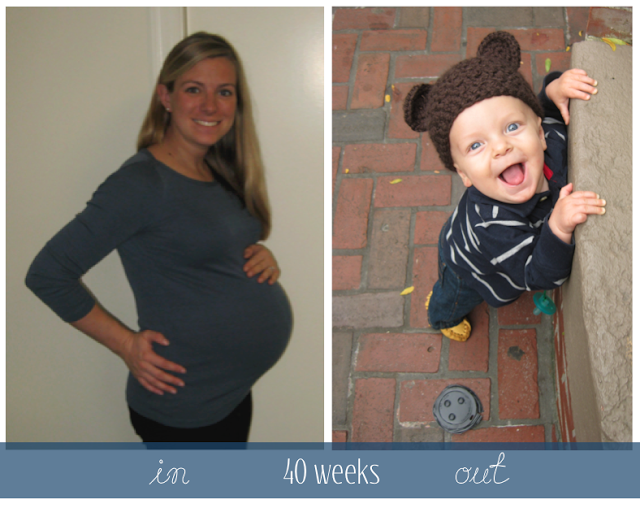 It is official. This past week marked the date of longer out than in.  Behr has been "out" for over forty-one weeks and two days. He was a late arrival, but worth the wait.
The time I have spent with Behr in my arms has felt so much longer than the time I was pregnant.  He has grown so much, gaining almost 10 lbs. and 7 inches in length.  The changes and new developments are countless.  But the reality is that he changed even more than I could comprehend during his first forty-one weeks.  Of course I know the facts, he gained 8 pounds and grew 21 inches before birth, inside of me.  And yet, I am not quite sure how to grasp the concept.  There are so many times during early pregnancy that you jut don't "feel pregnant" (even if you are sick as a dog).  But since January 12, there haven't been any days that I didn't feel like a mom.
There is no way to compare these two sets of time.  To say he looks so different today than when he was born would be an understatement compared to the change that occurred from conception to birth.  I cannot wrap my head around the difference between the two phases of this miracle. Nor can I begin to fathom what the next forty-one weeks, months, or years could have in store.
Once this milestone occurred to me, when it was written in my calendar, I began to eagerly anticipate this day.  It is not certain why this chalk mark in time even really matters.  However, at the end of the day it is incredible to reflect on all 82+ weeks of Behr's life and this journey into motherhood.
This little photo montage inspired by my Russell's Orchard photo shoot and re-affirmed by the ever creative Elizabeth during our blogger weekend.
on 31.10.11