The Year of the Firemen 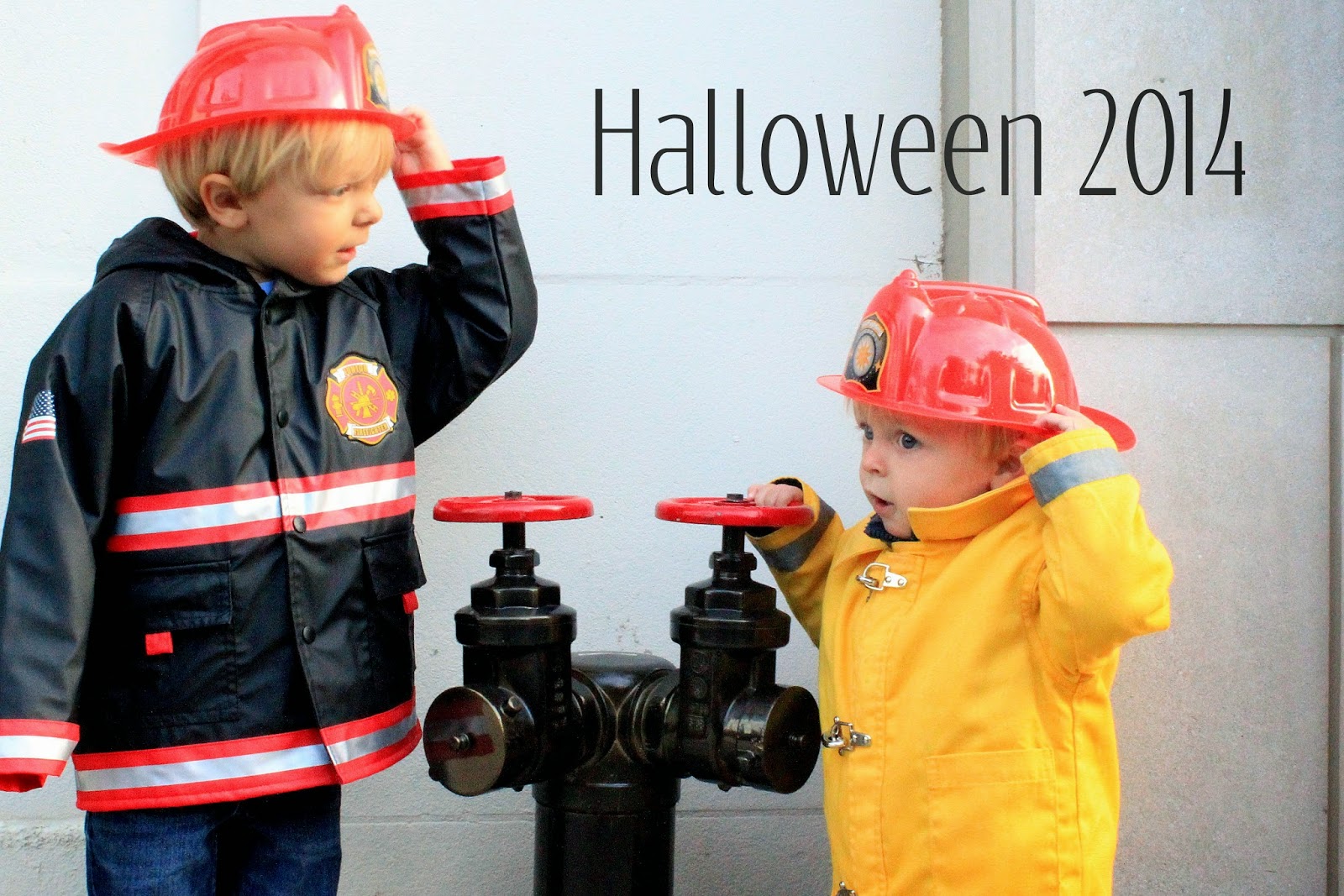 Like most little boys, Behr and Hudson have been excited about all things fire trucks. It helps that one passes us here in the city about every three minutes. Hudson makes the fire truck noise and points with excitement. Behr exclaims, "Go save people!" Behr was a fireman two years ago (in this hand-me-down yellow jacket) but hadn't fully grasped the concept.

When I saw this fireman's coat in Behr's size at Costco, it sealed the deal. You have to love a good Costco impulse buy. It helped that Mark and I had been plotting how to transform our wagon into a masterpiece for the trek down East Capitol Street. A fire engine was the perfect choice! A few days before trick or treating I also snagged these hats from the target dollar spot (similar) which are a hard plastic, way better than the flimsy ones you can get for free.

The boys might not have performed for the camera, but we passed some real fireman who honked and waved at us. Definitely one of the their highlights. 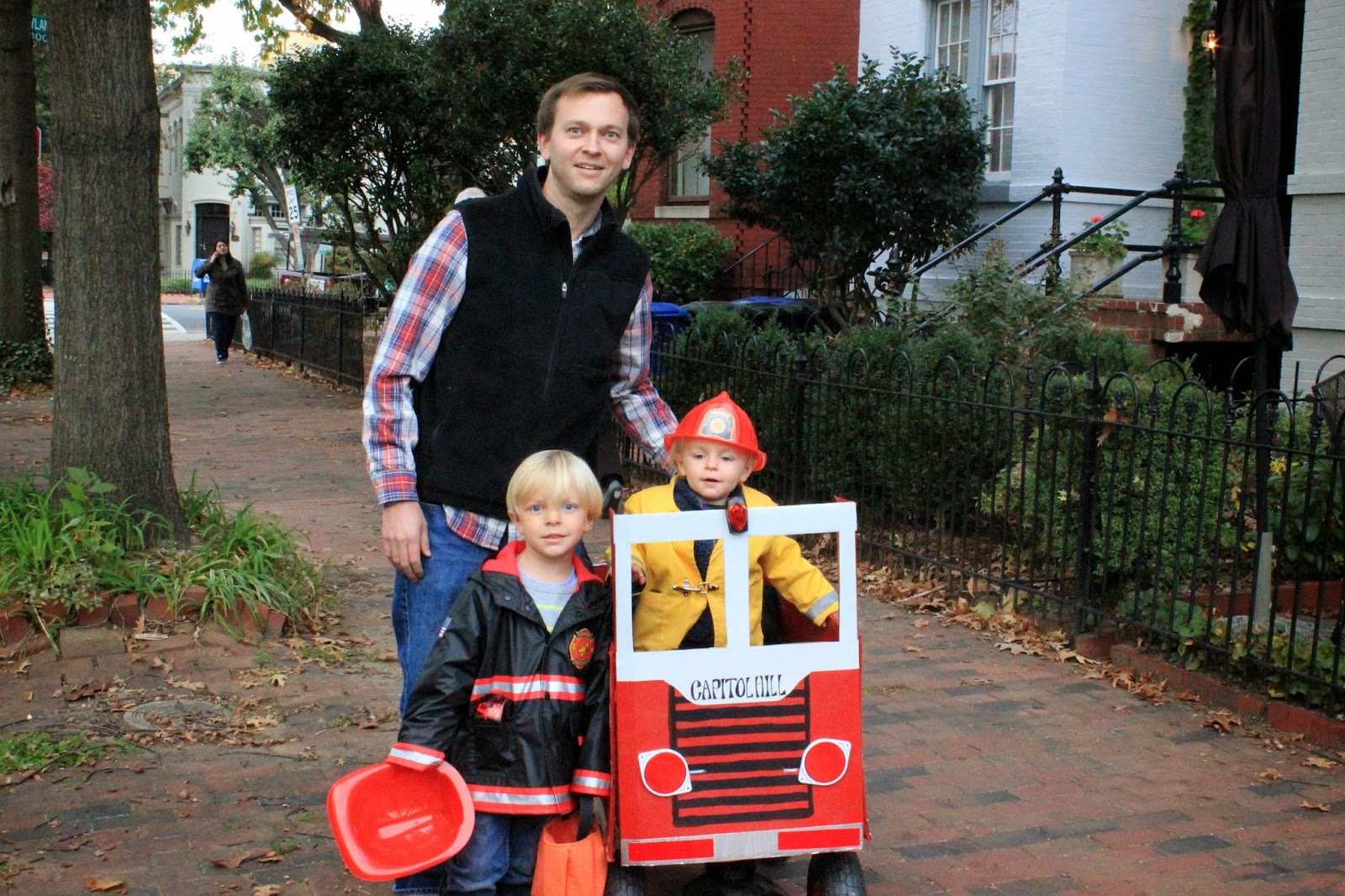 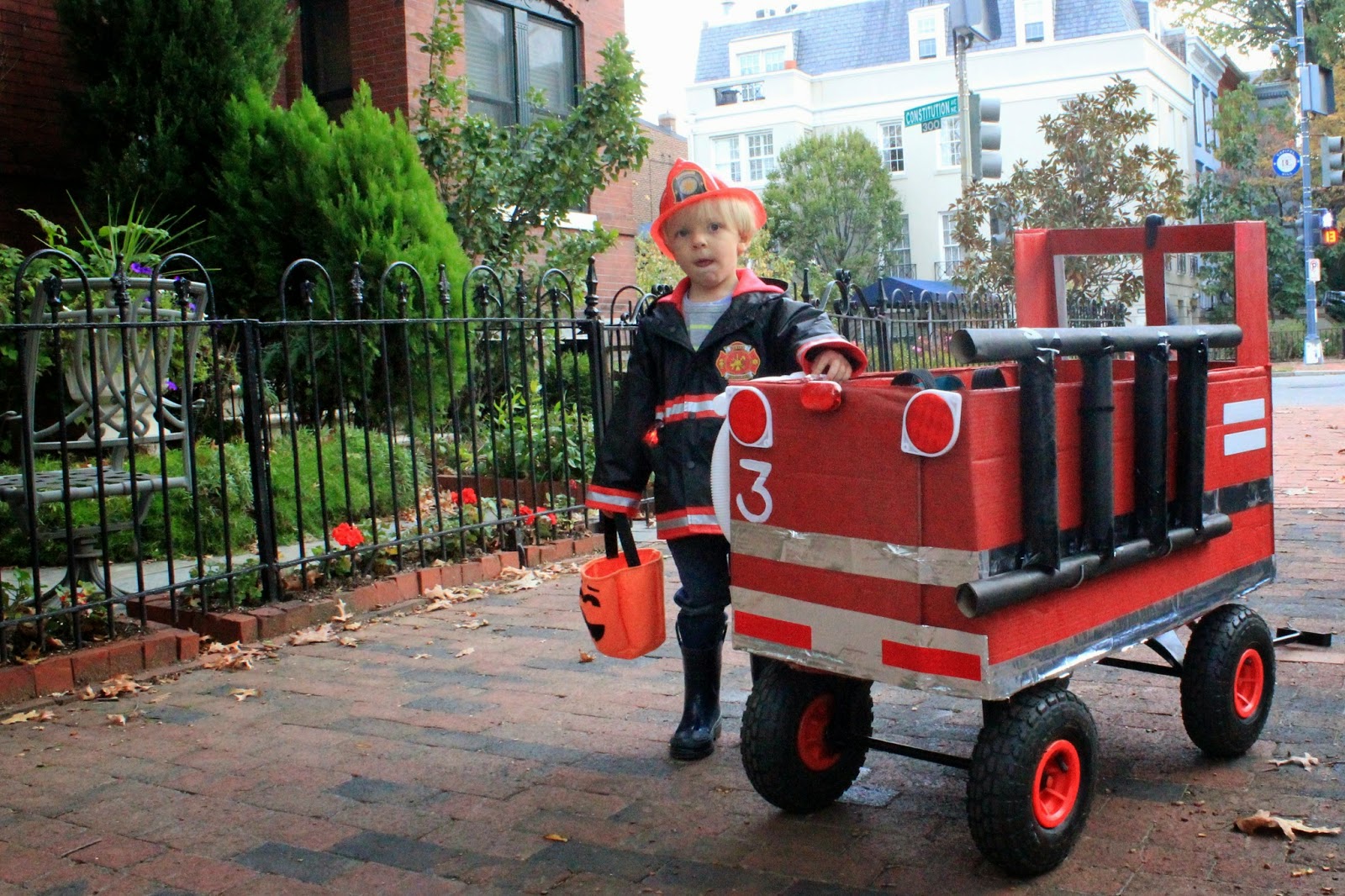 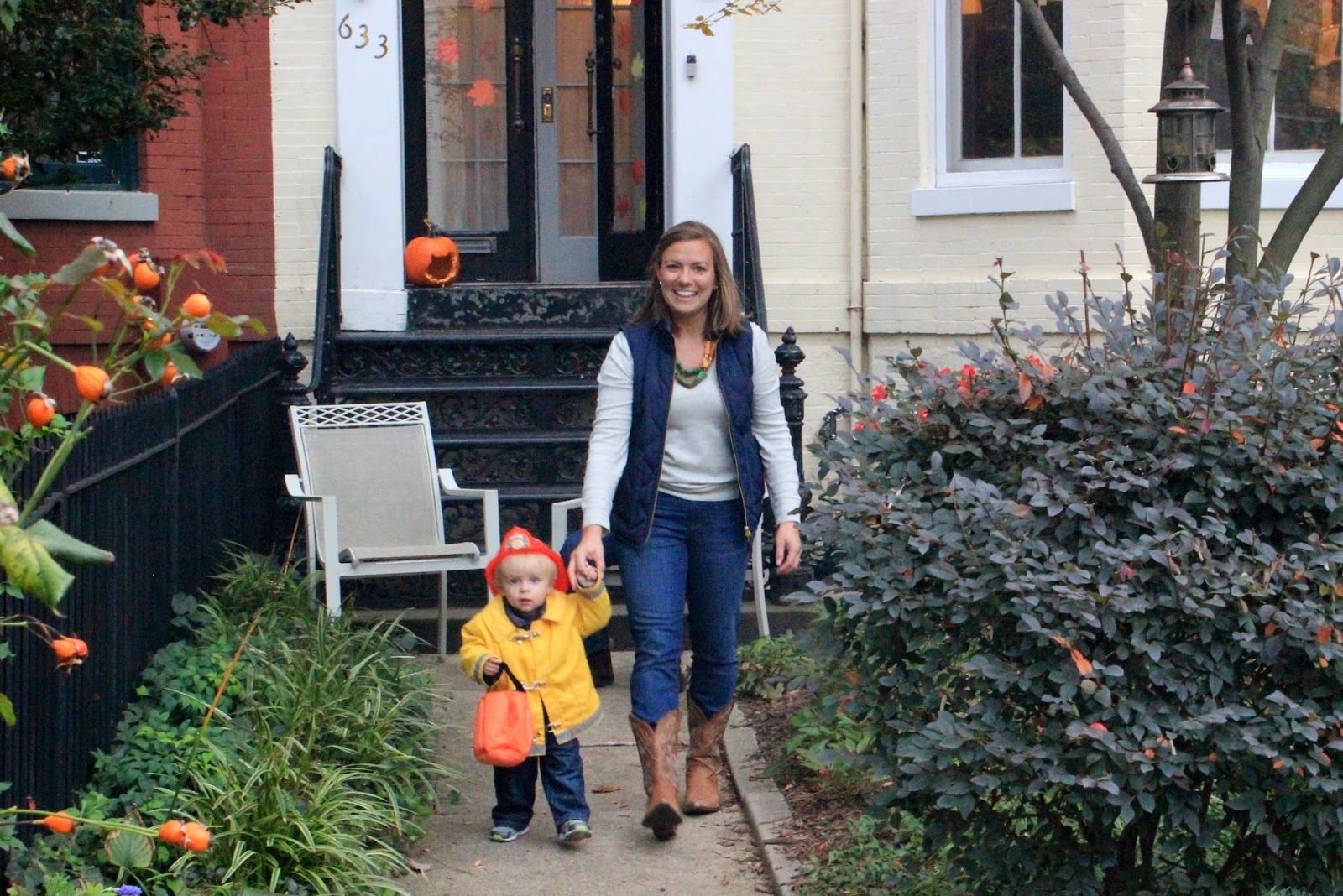 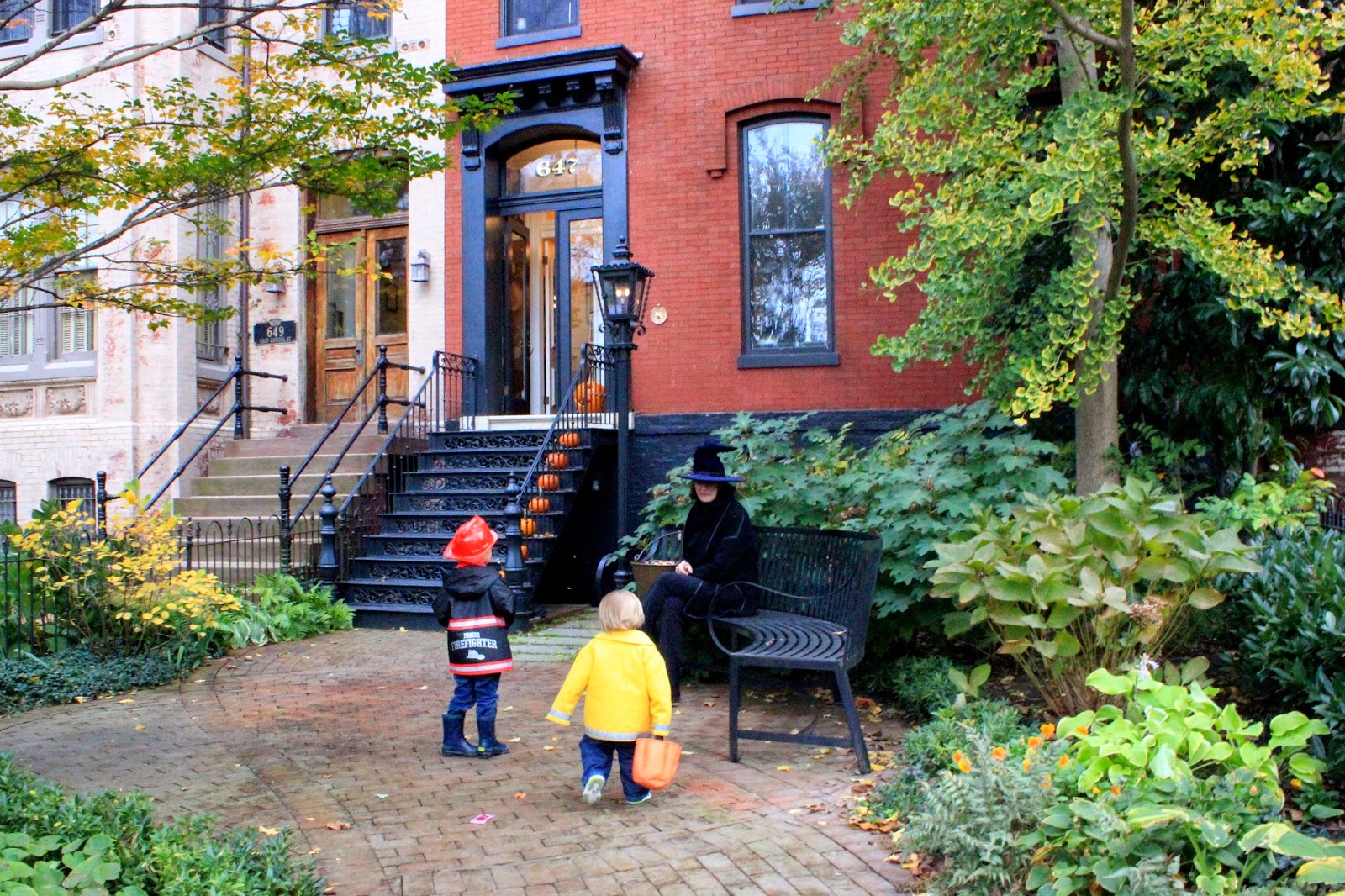 Behr accompanied Hudson to most of the houses, teaching him how it works. Behr was eager to say thank you, even thanking people before getting any candy from them. Hudson was miffed that not every house offered candy. He would shake on the locked gates we passed, not wanting to miss a single opportunity. Hudson also cracked us up by trying to go back to the same houses again and again. Behr said he was smart, wanting to get the whole bowl of candy instead of just a few pieces.


Disclaimer: compensated affiliate links may be used in this post.
on 11.11.14