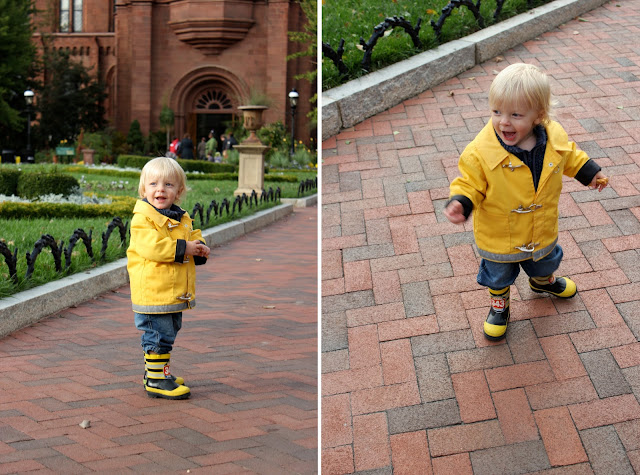 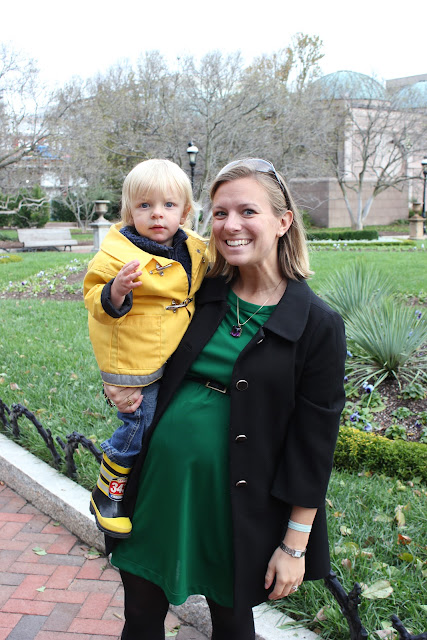 Halloween began in our house with Behr wanting nothing to do with his costume. Just a simple jacket and boots, things he would normally love. Thankfully, his teachers at daycare were able to coax him into his costume just in time for their parade. Behr had a blast with his friends. {I wish I could post pictures of all of them too! Adorable!} He would call their names, and if they were dressed up as an animal, make the corresponding noises. He photo bombed each family, insisting on being in front of the camera.

Afterward, we walked home to grab a quick dinner and bundle up for a night of trick or treating on Capitol Hill or "Hill-o-ween." Behr still hasn't quite grasped the concept of being friendly to get candy, let alone saying trick-or-treat. However he has a keen understanding that m&ms are delicious. 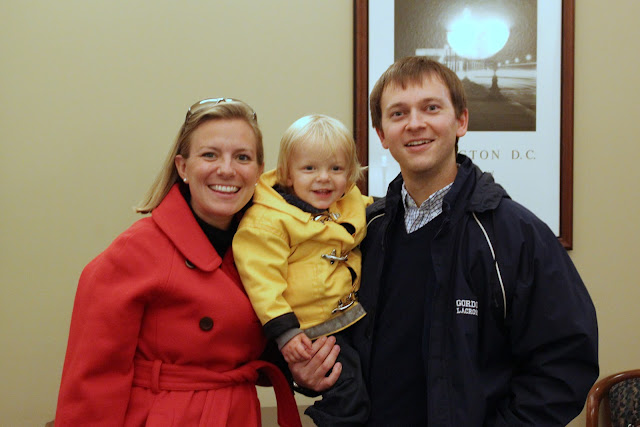 I am linking up to Small Style.

)
Disclaimer: compensated affiliate links may be used in this post.
on 1.11.12