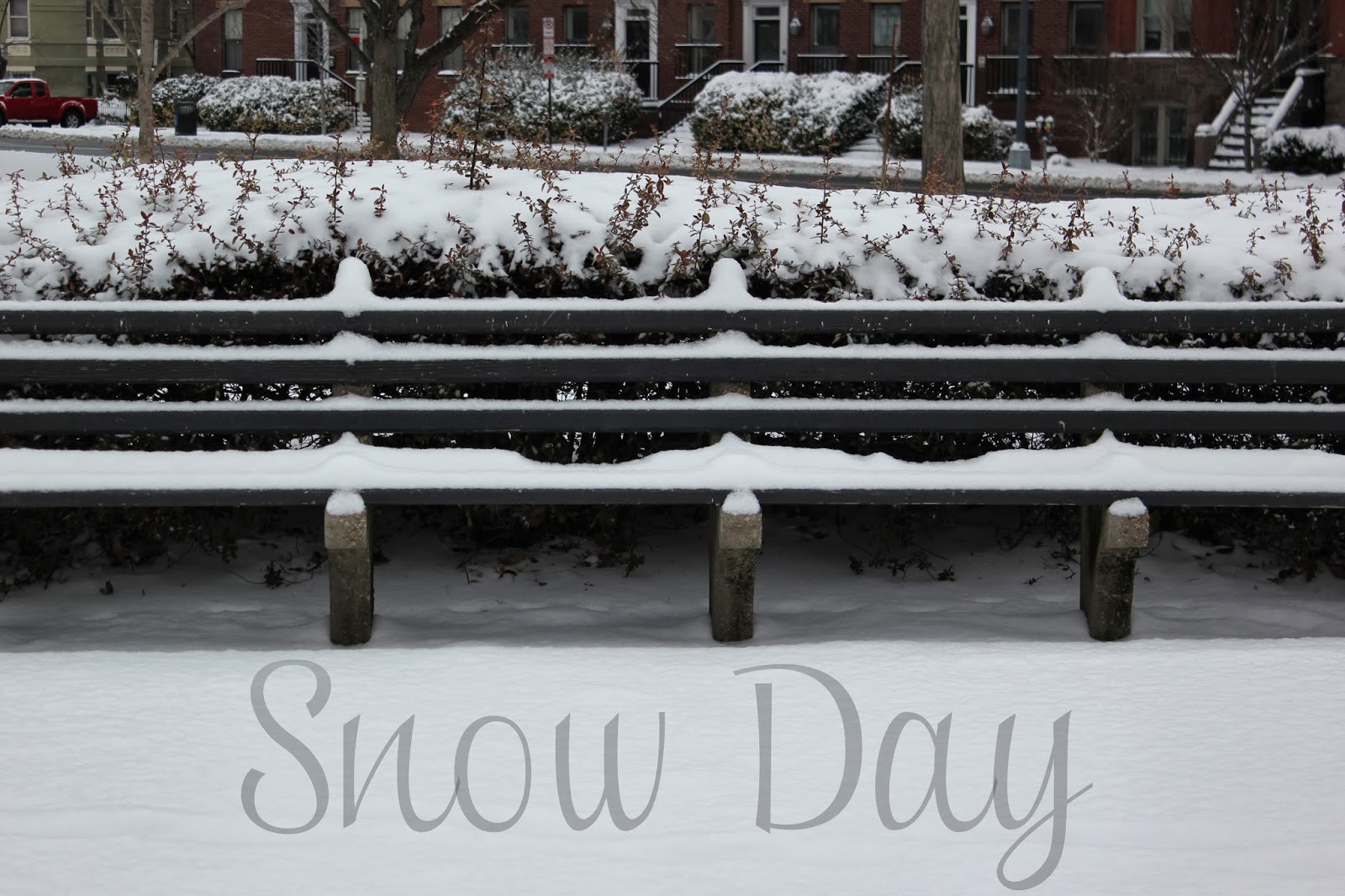 Monday we had a snow day. Behr woke up before six am, yelling, "Look Mom and Dad, it's snowing!" Apparently we have succeeded in building the excitement about the snow. Now can we create excitement about sleeping in?

Mark took Behr with him to work for a few hours during Hudson's nap time and I was able to sit and think, uninterrupted. It was glorious! When they came back, I went to the gym, alone. Also glorious! But want to know what really made this snow day grand? We took Behr and Hudson sledding for the first time. Or if you follow me on instagram, tubing as some people would call it.

Me: I call sliding down a backyard size hill sledding, even if you are on an inflatable inner-tube.
Mark: Sledding is on a sled, when you use a tube, it is called tubing.


I say if you are going to get technical then why isn't it called "toboggan-ing" when you use a toboggan? Tubing takes place on a ski-type mountain with a rope pull. Sledding is a backyard past time.  Where do you fall in the debate? 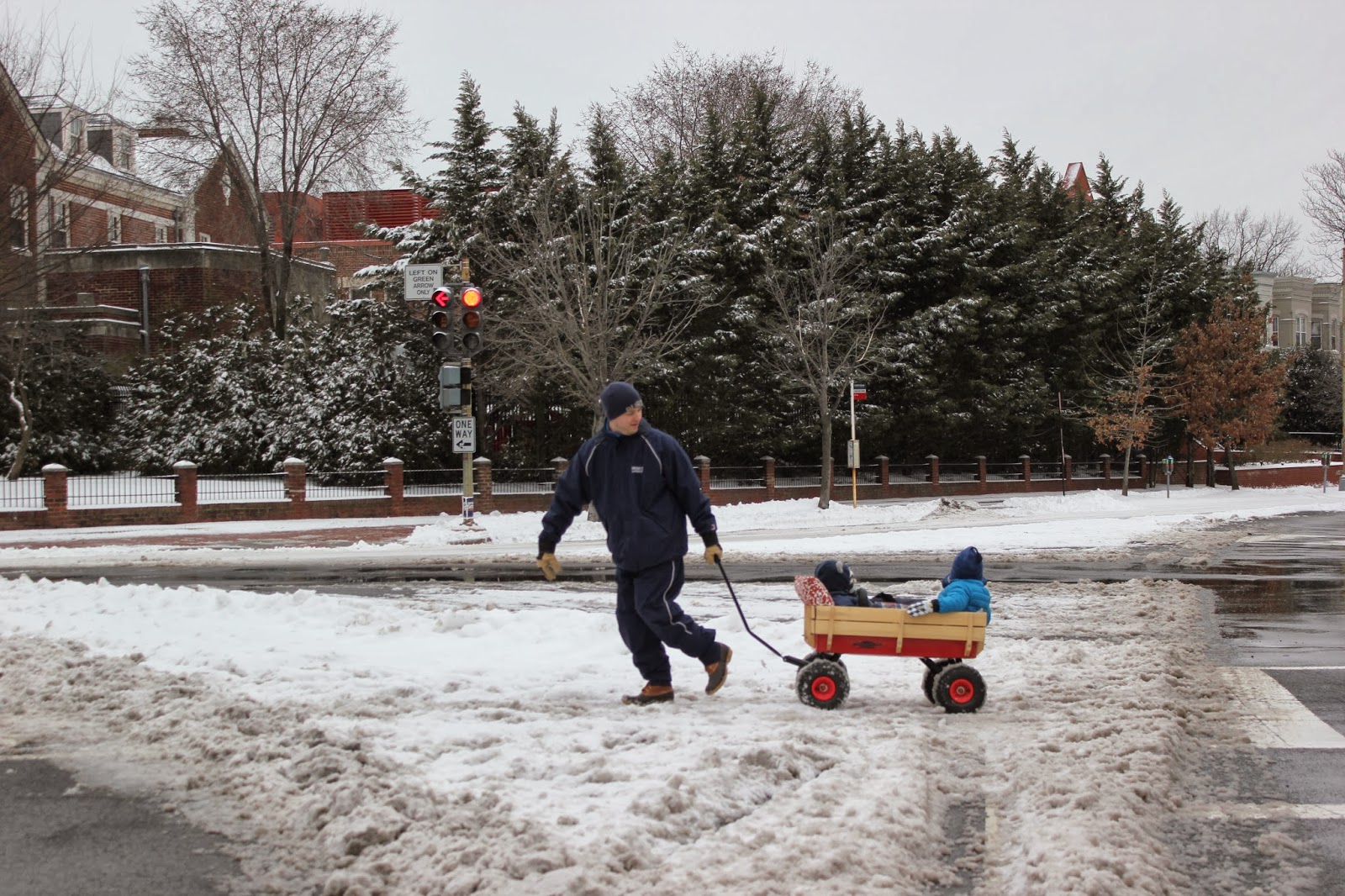 our wagon has big wheels, so obviously we took it through the snow. 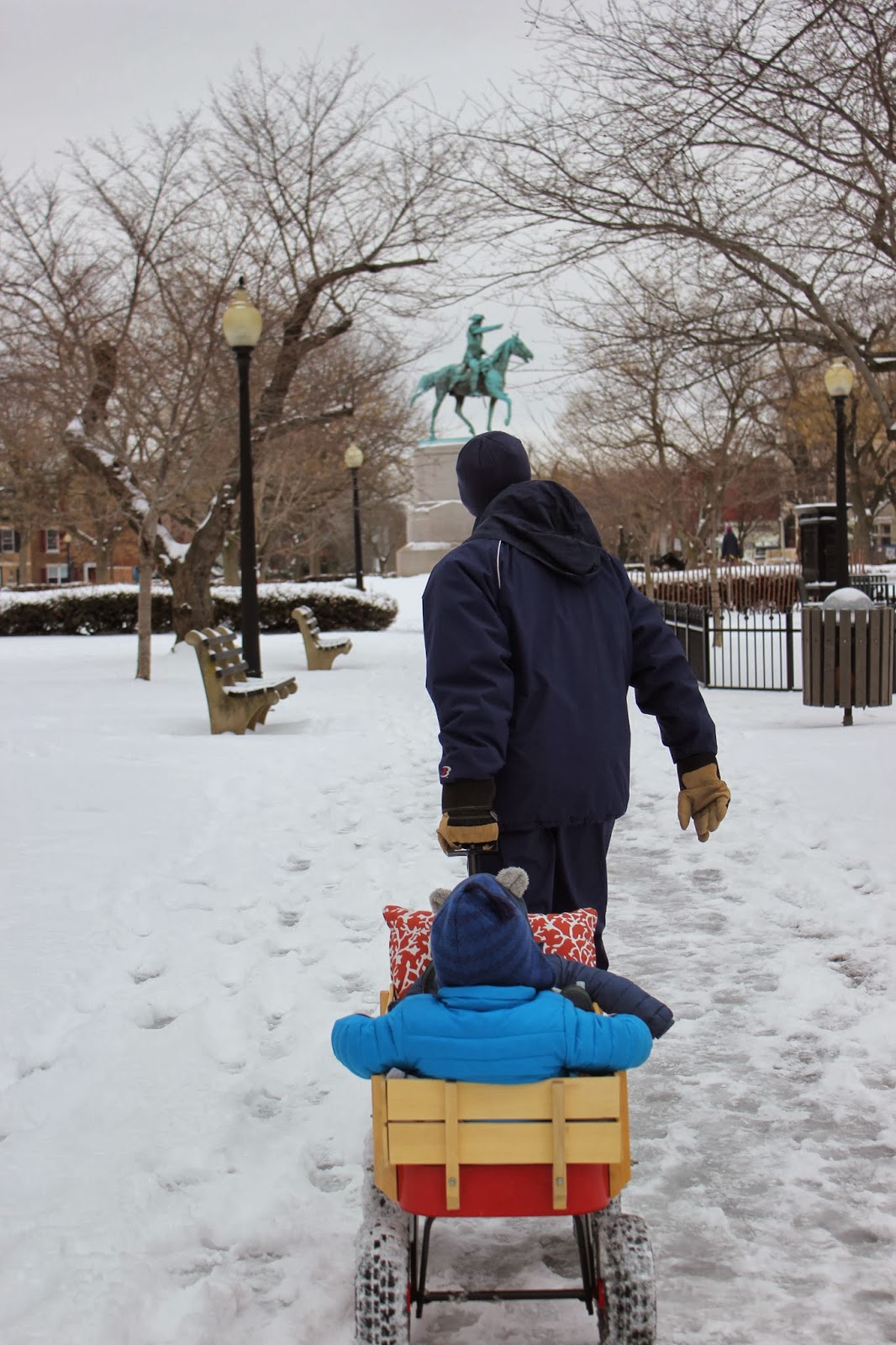 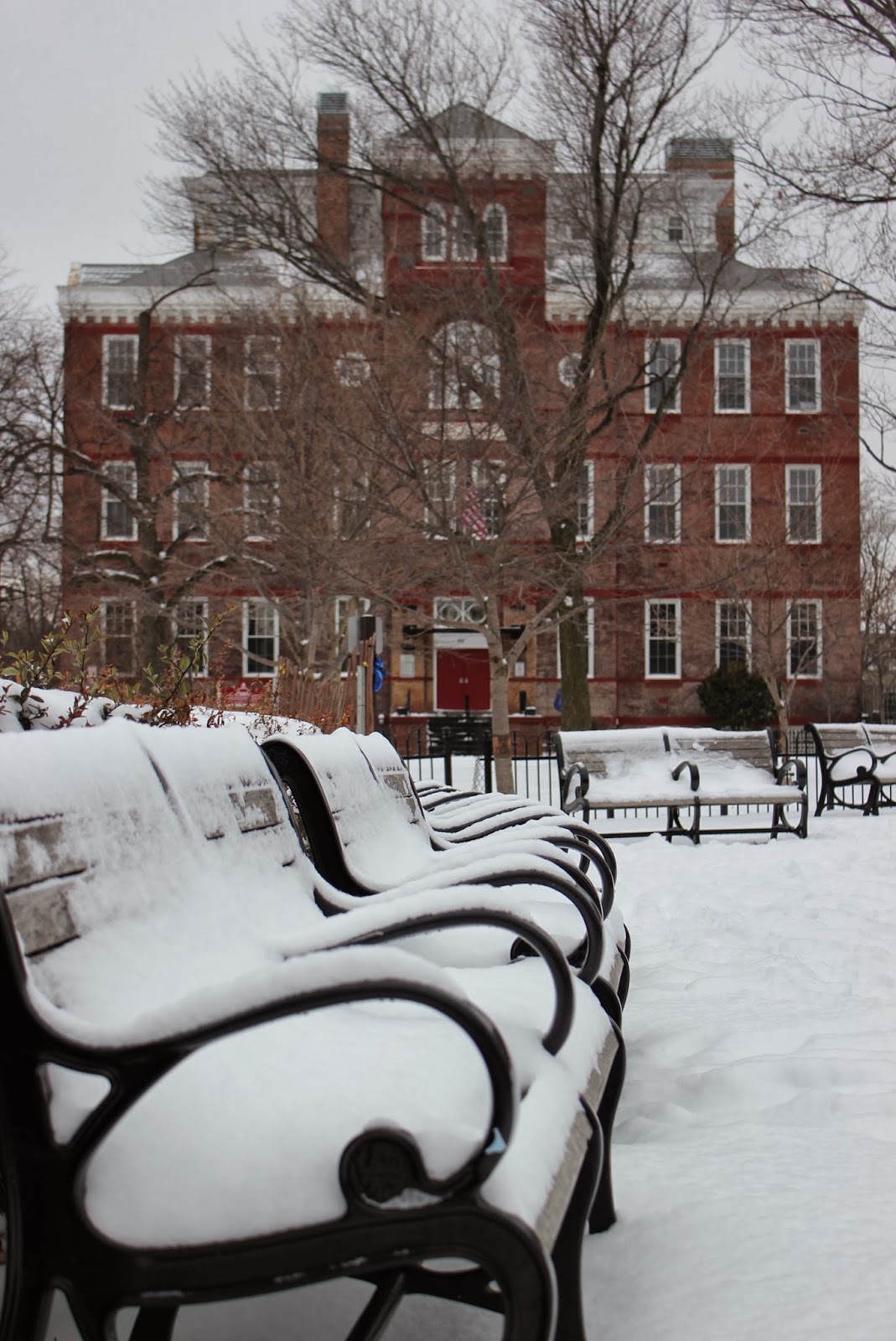 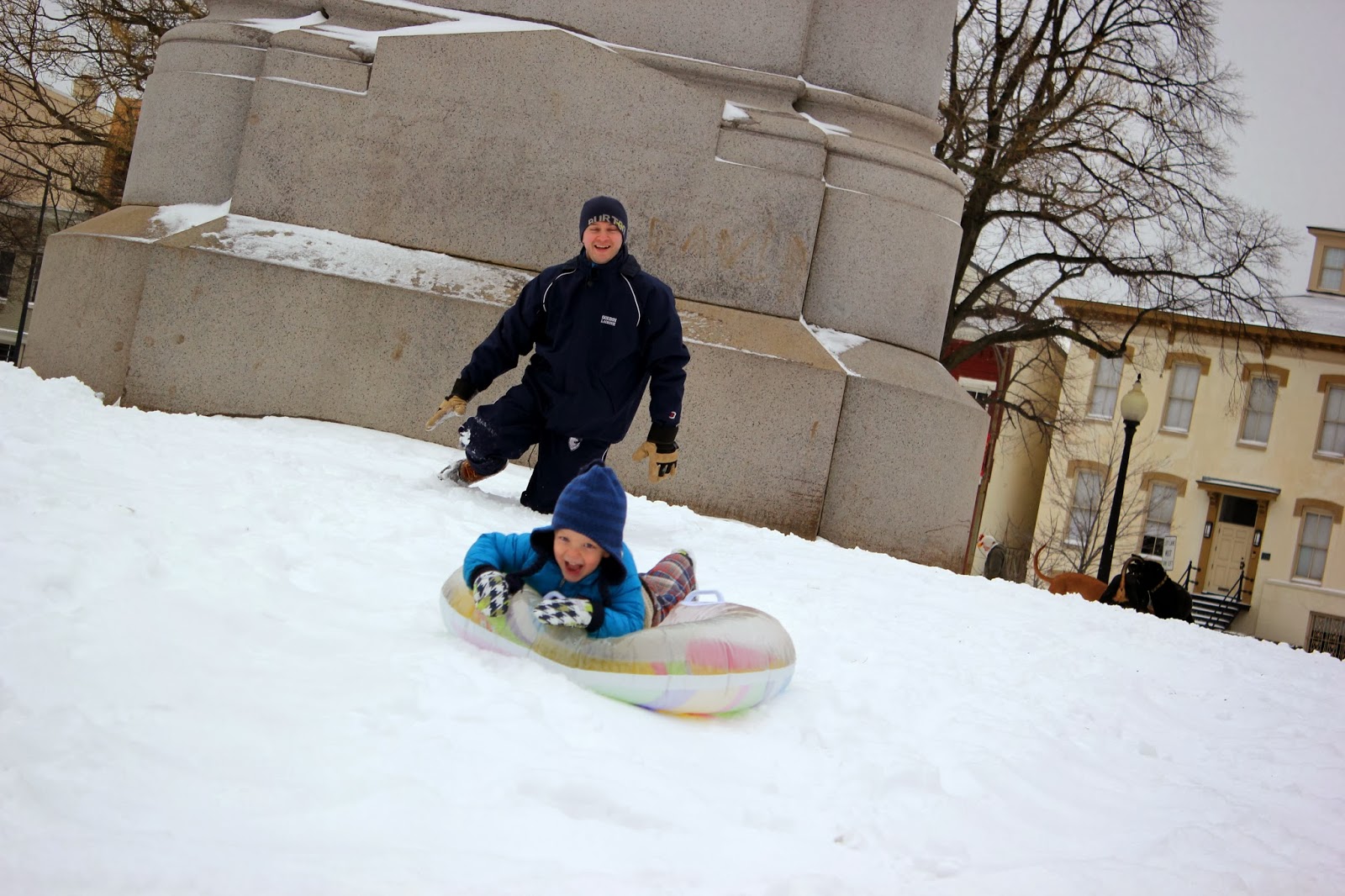 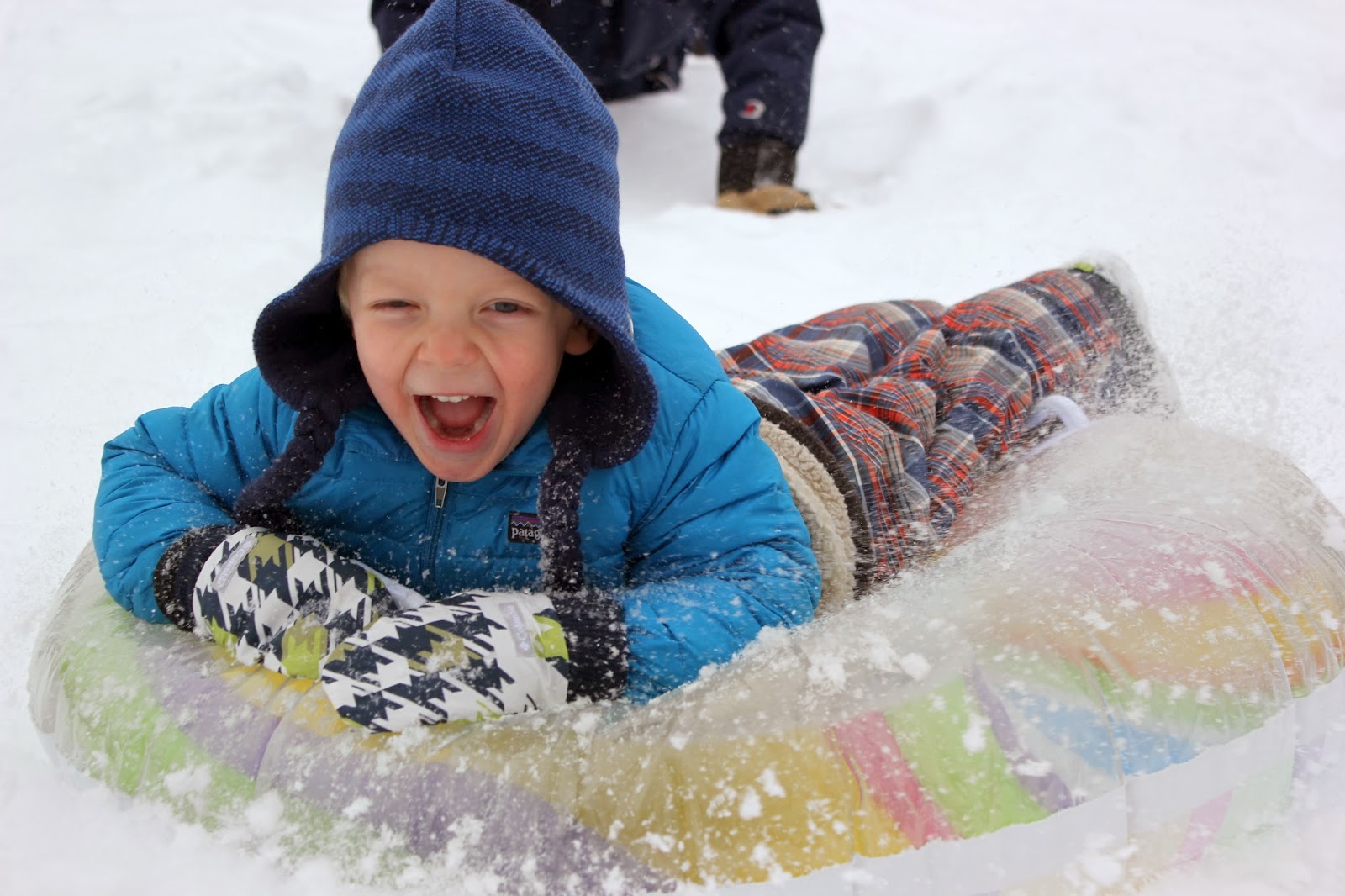 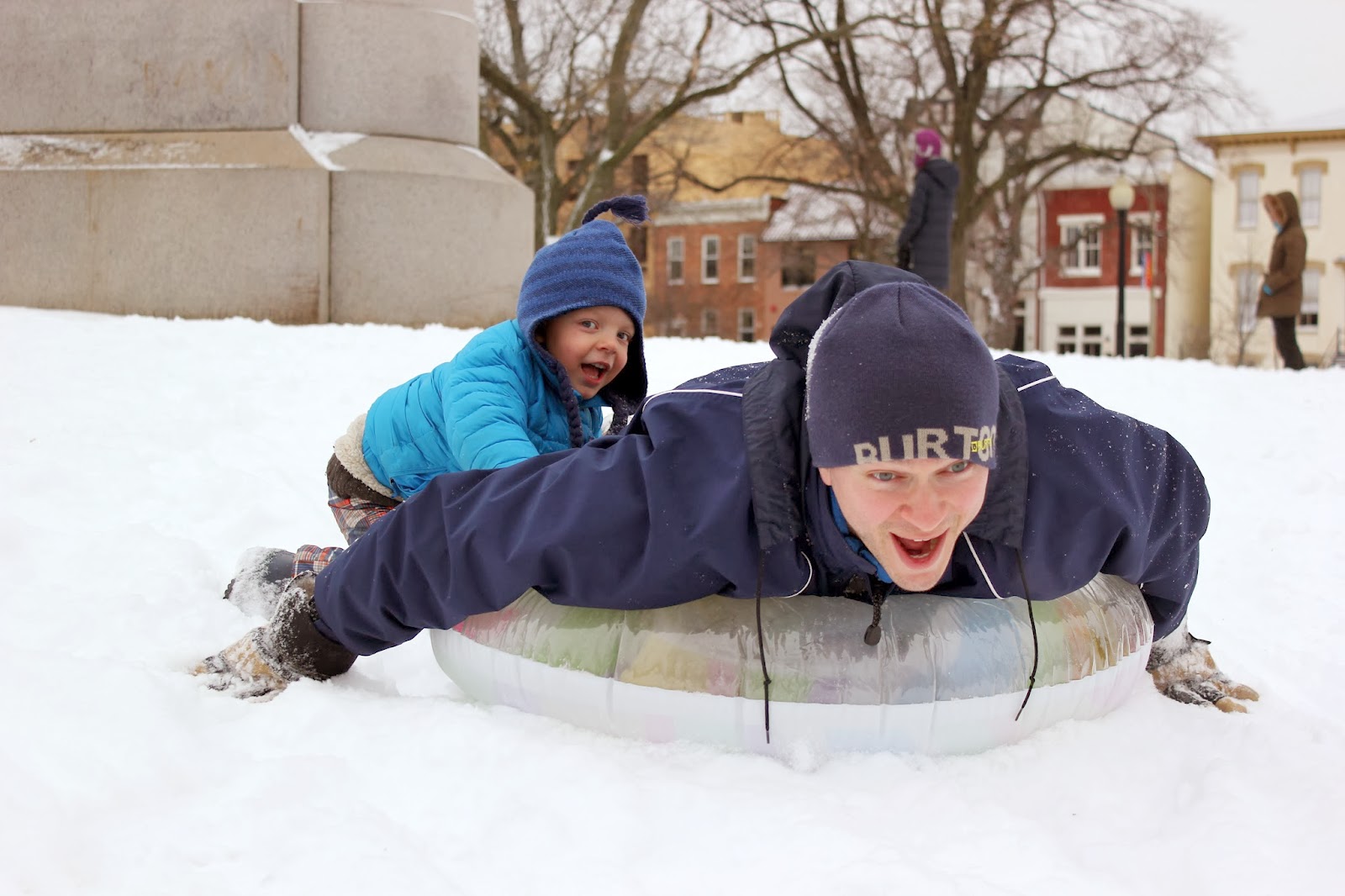 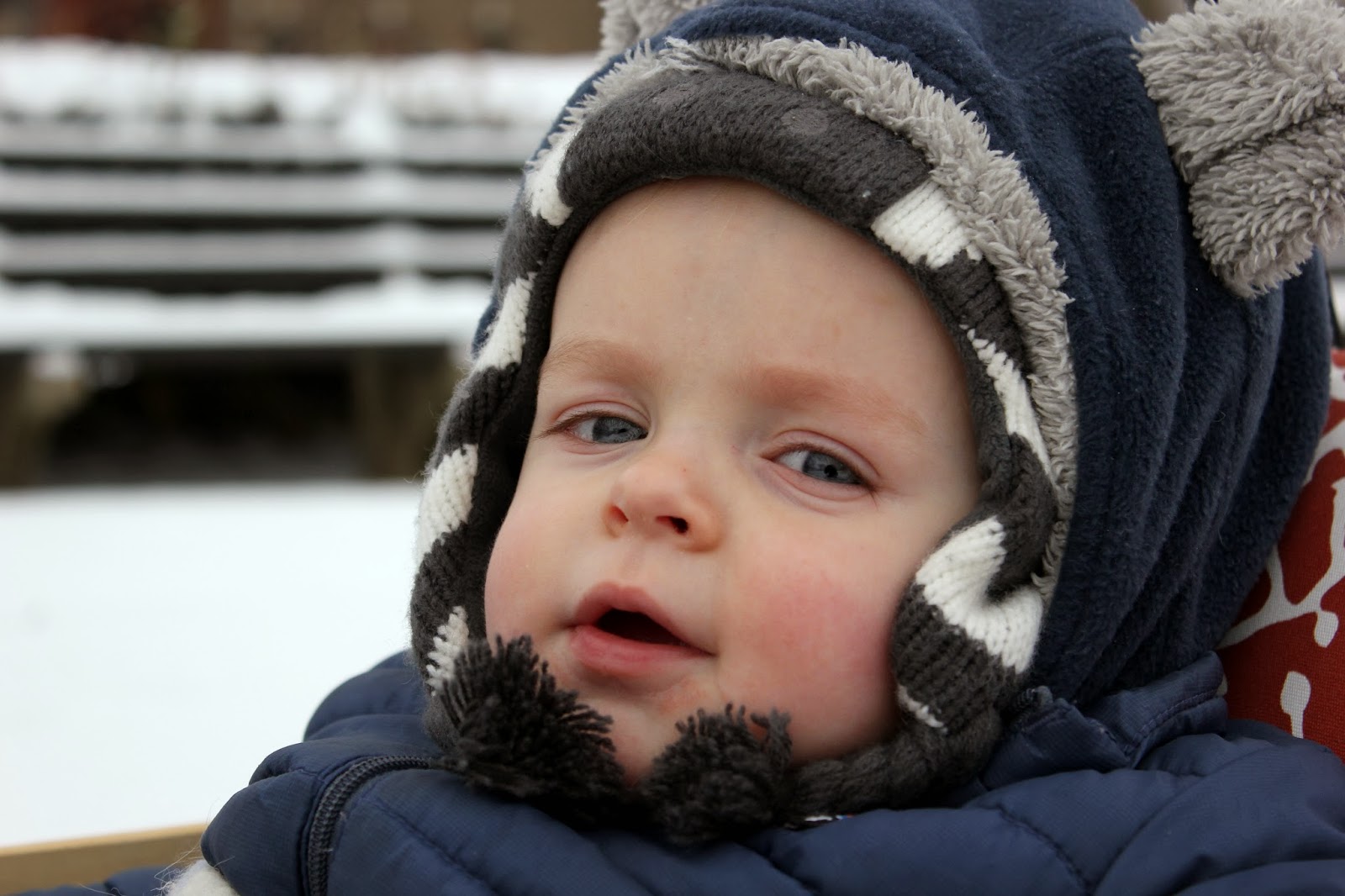 We decided to go to a park with the tiniest of tiny hills. Maybe, maybe a one foot grade change. The beauty was, no one else was trying to sled there. Meanwhile, most people who passed looked at us like we were crazy and told us about the hill in front of the Capitol Building, as if we didn't know there was a hill there! Lots of encouragement for the bigger and better, but we had fun on our slightly slanted slope. Actually we had a blast. It might have been the most fun I have had sledding since I was really young.

Sledding down this hill took significant effort and a great deal of pushing. Our tube had a small hole, so every few runs, we had to blow it back up. And to get going down the hill, a running start was needed. I resorted to running with Behr on my back and diving onto the tube together. Hudson spent most of the time warmly wrapped in the wagon, but once we got him into the action, he was all smiles. I don't think we will ever be able to enjoy another snow day indoors after this adventure. 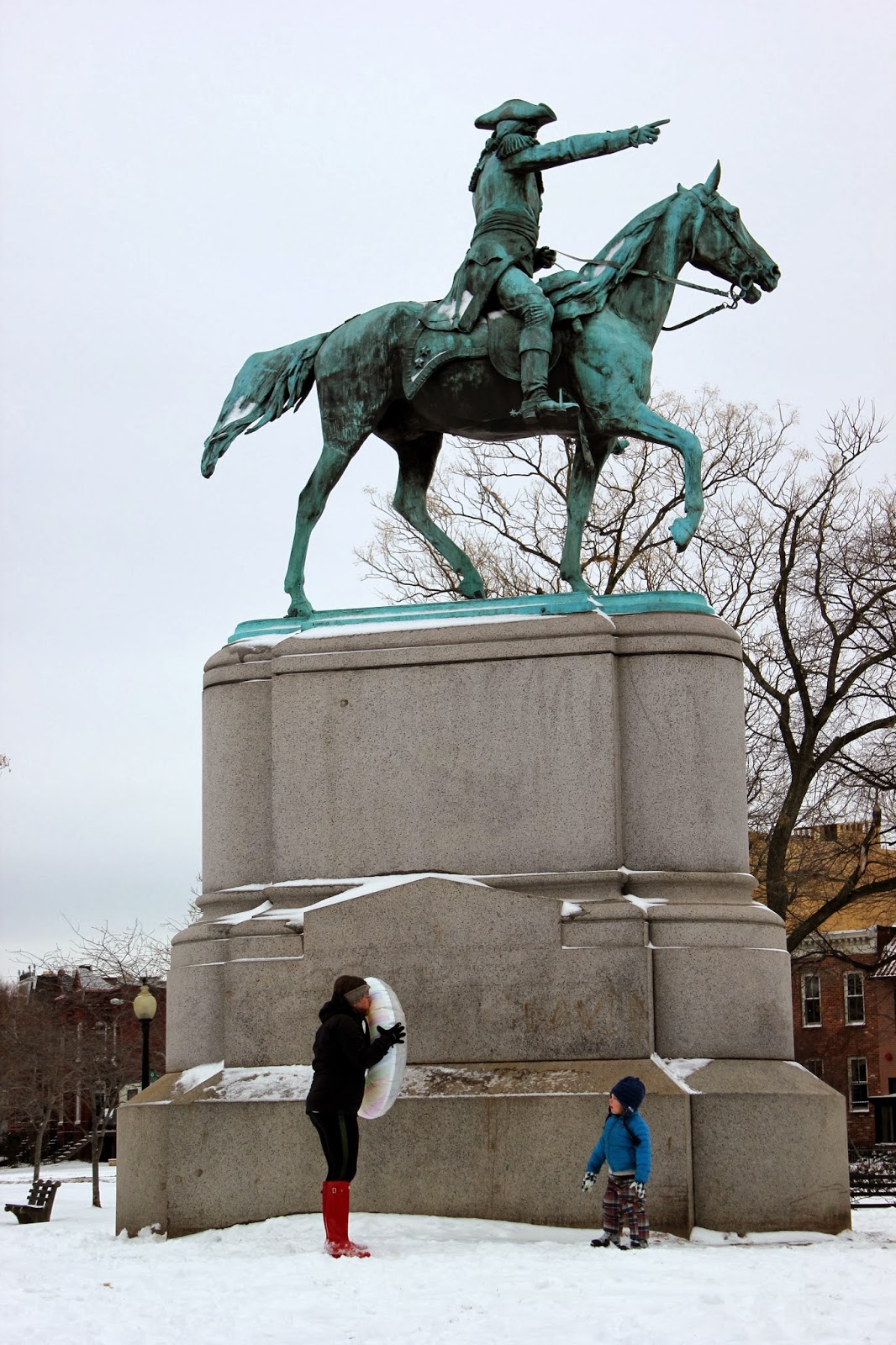 Stopping to re-inflate the inner-tube. 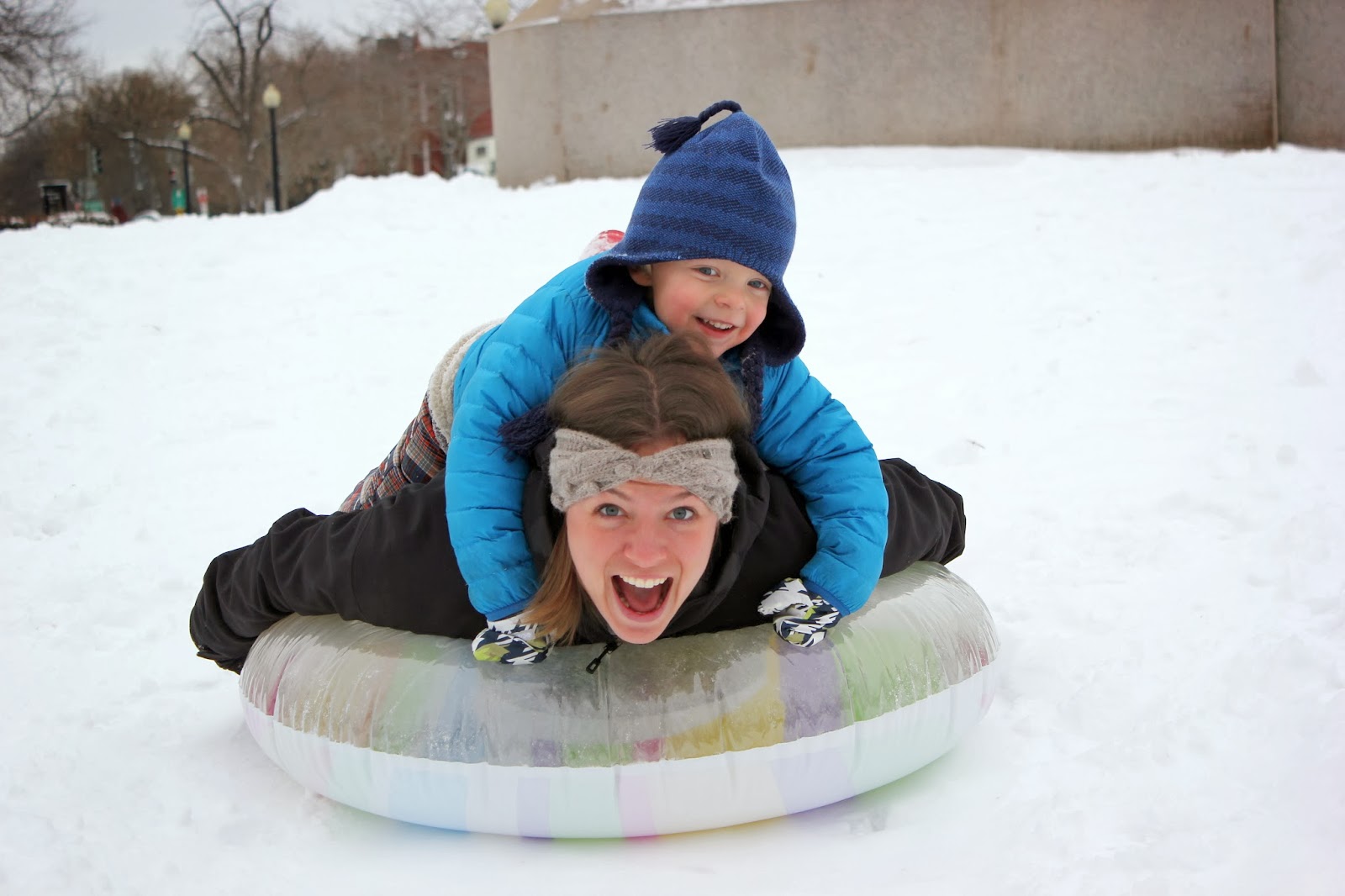 Behr climbed on my back and we ran and dove on the tube together, praying he wouldn't fly overhead. 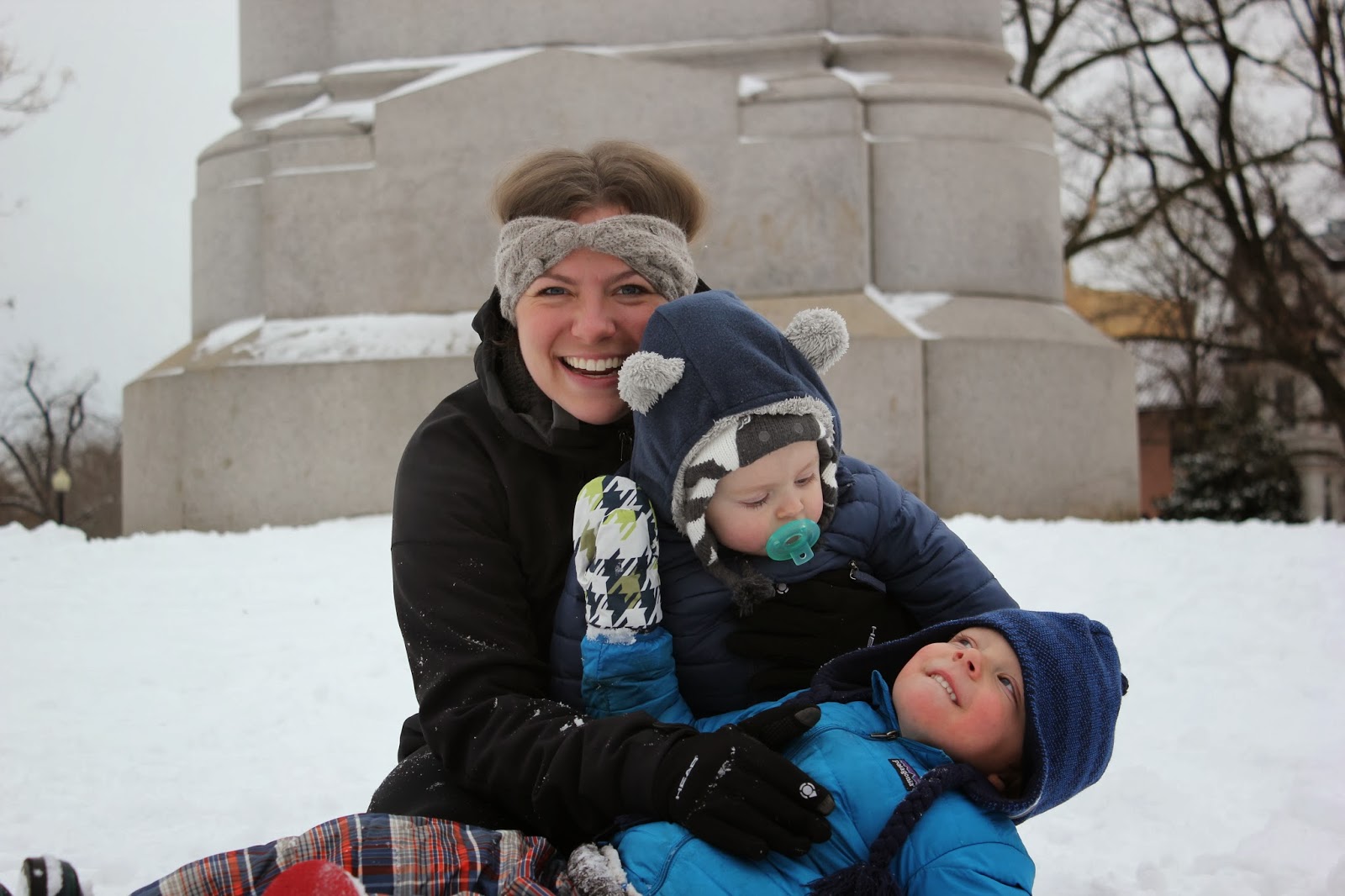 Pile on momma. These two boys, always more interested in each other than anything else. 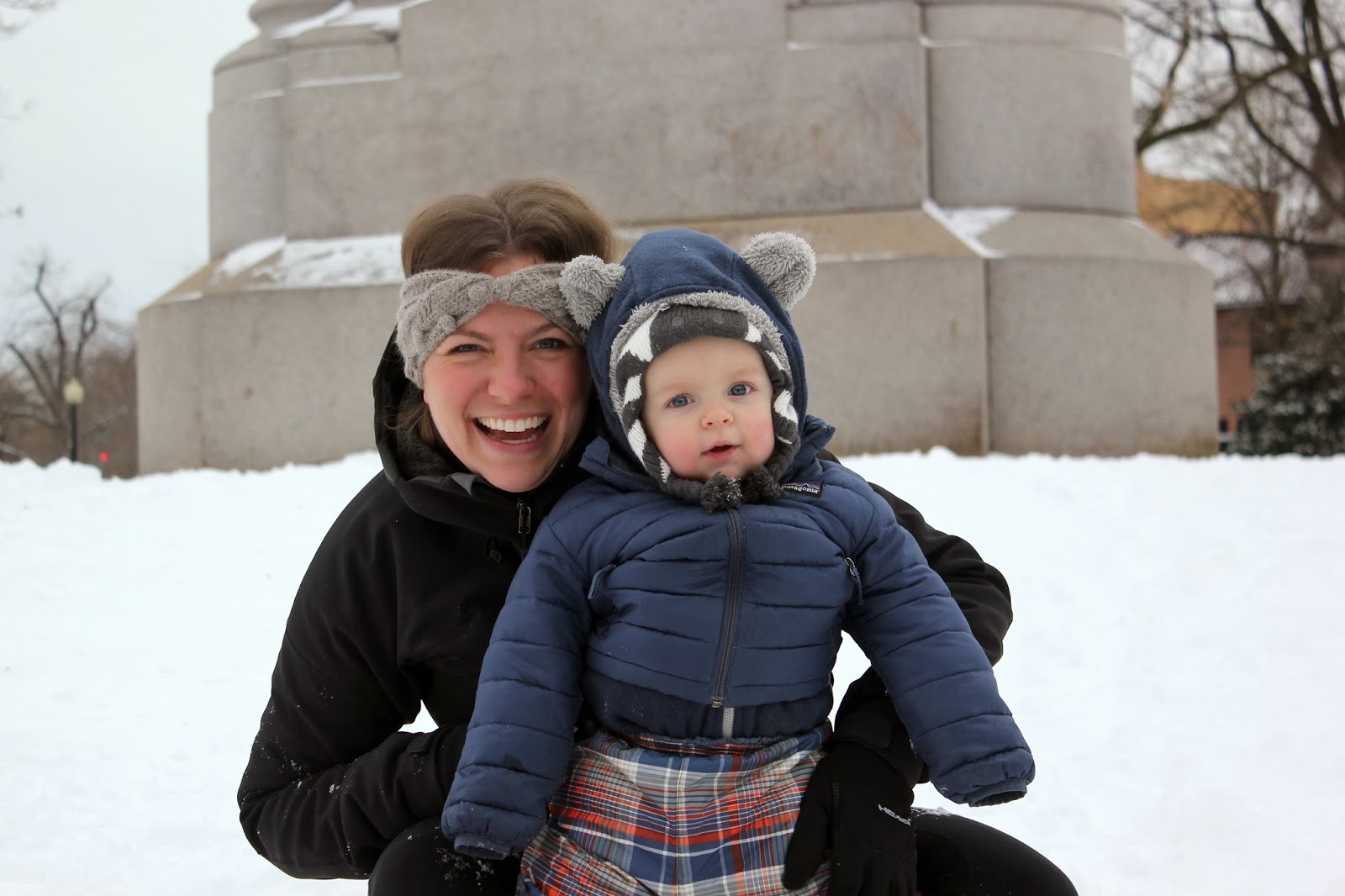 Look at who is standing! 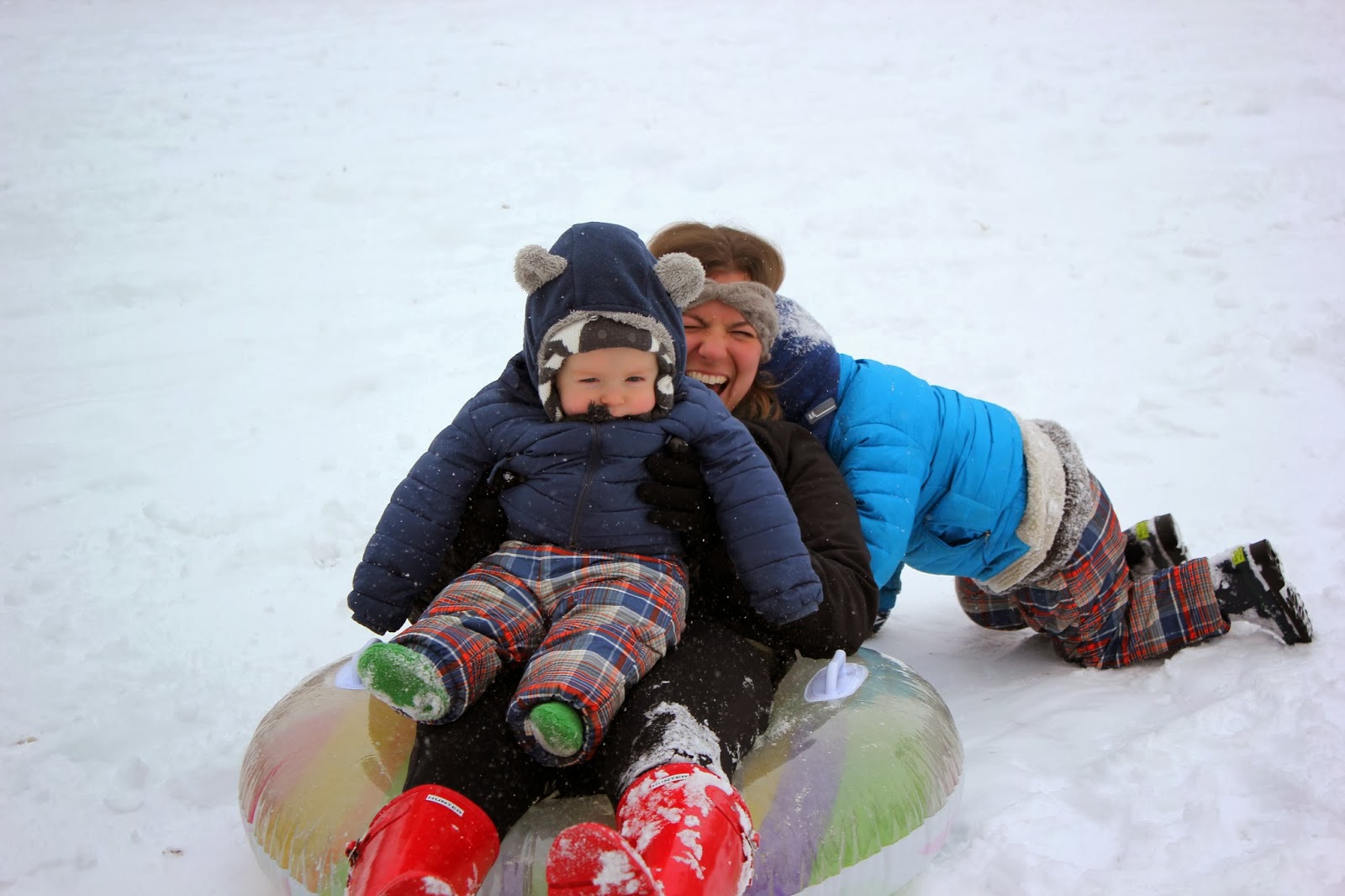 Behr tried with all his might to make Hudson go "fast." 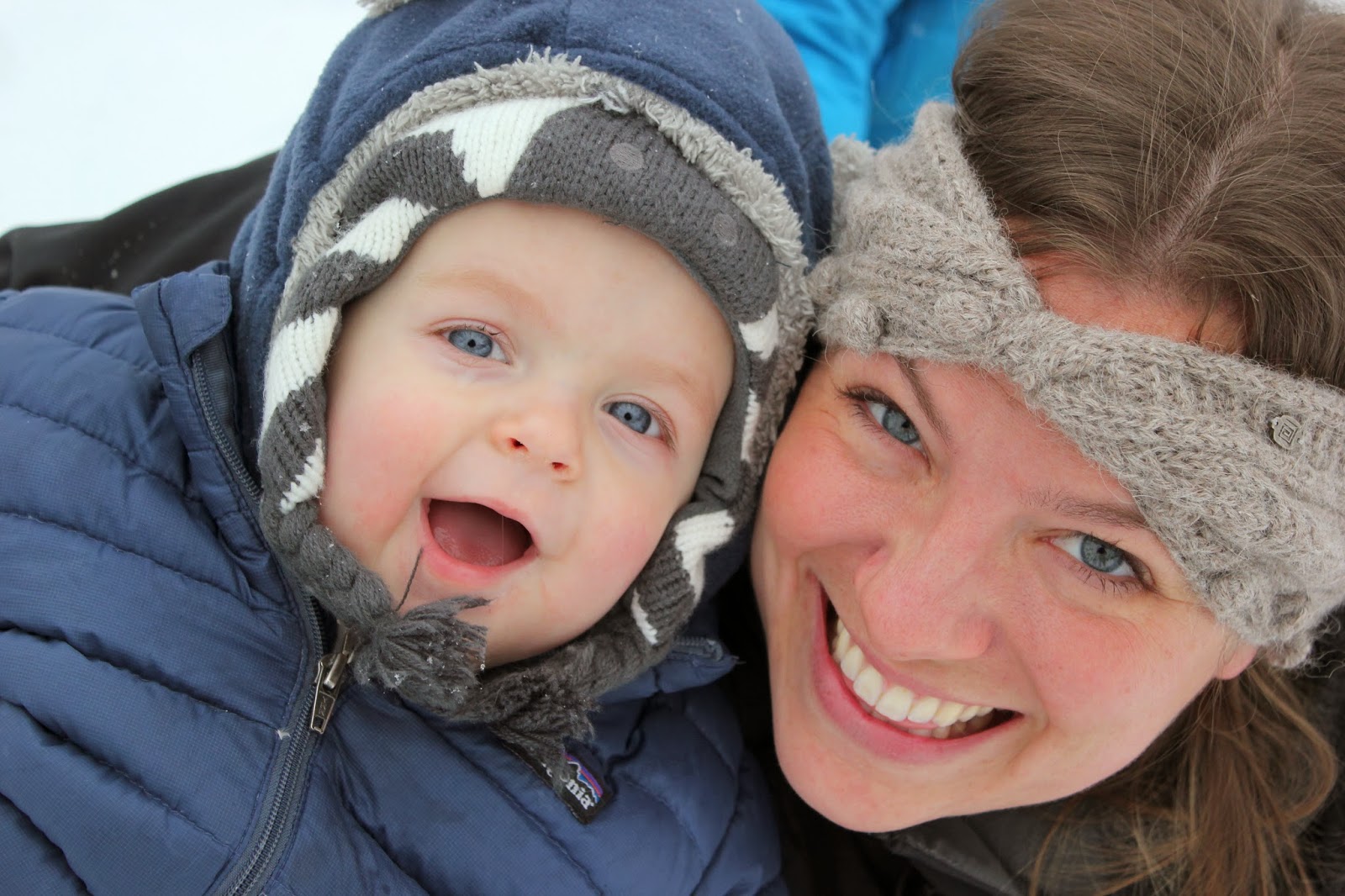 Hudson and I are always together, but rarely get photos. This one is a framer! 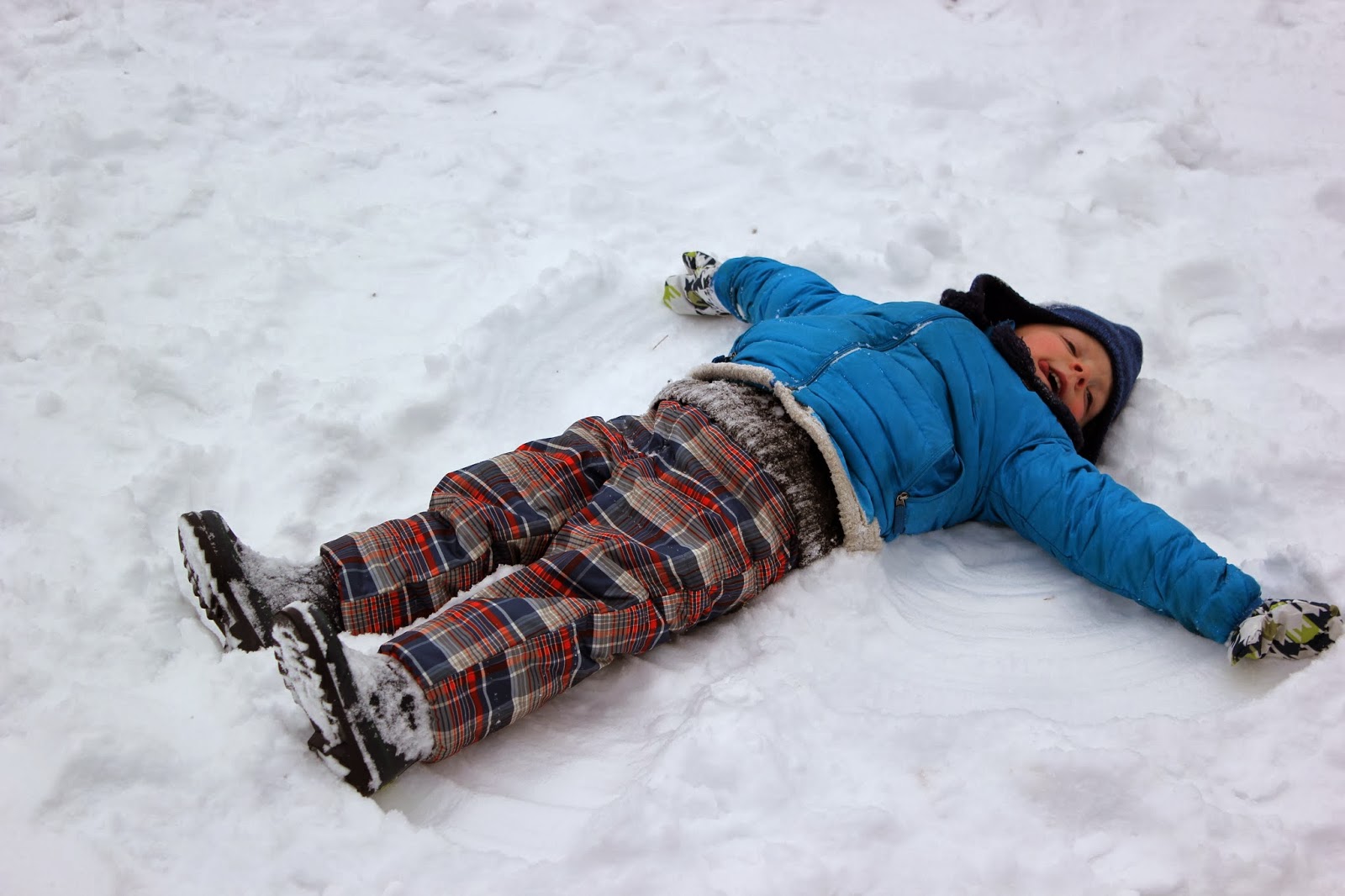 Snow angels happen daily in our house. We get extra excited when we can actually make angels in snow. 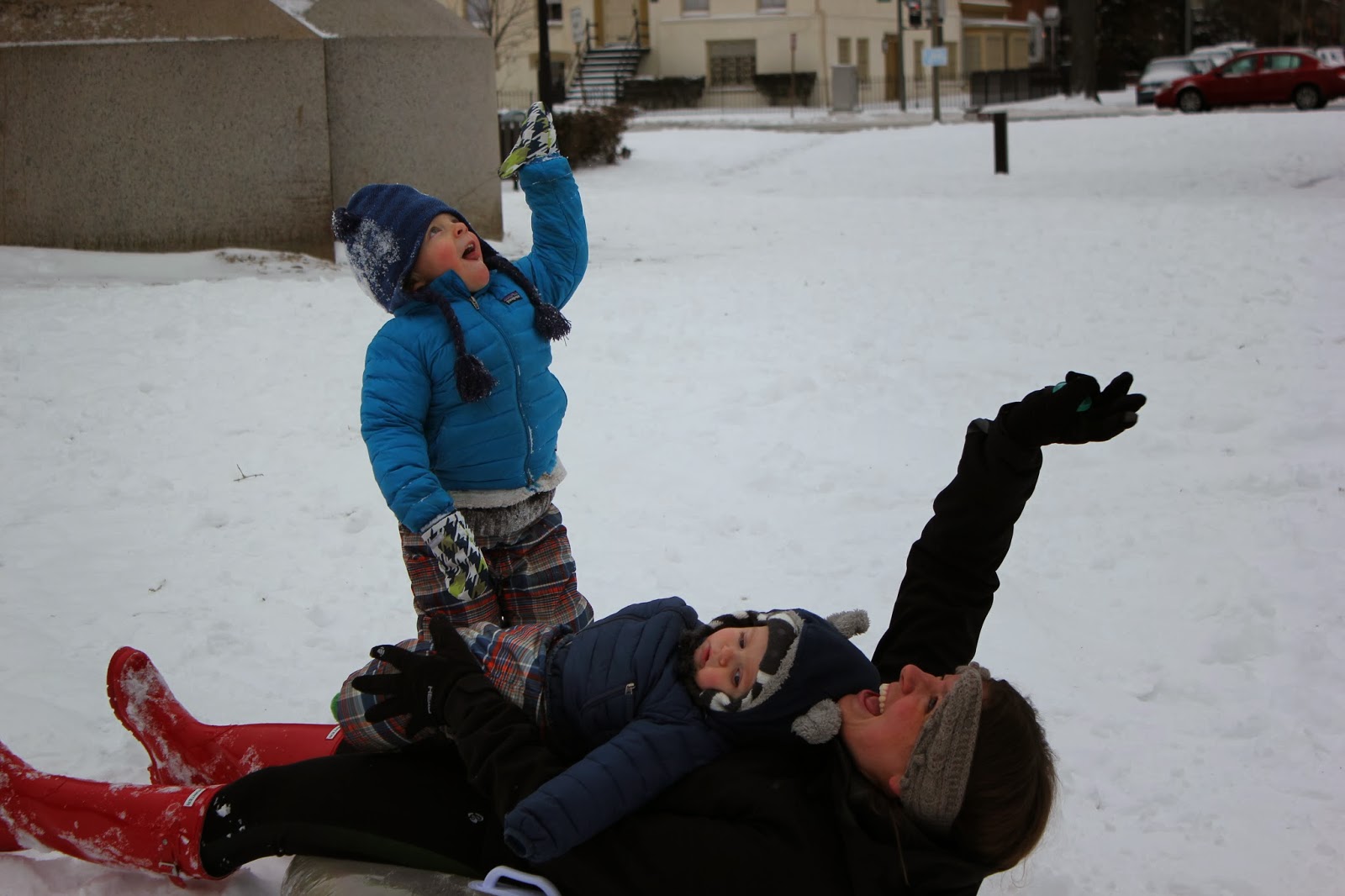 Probably the biggest giveaway that we are city dwellers, we have the "wave to the helicopter" down pat.