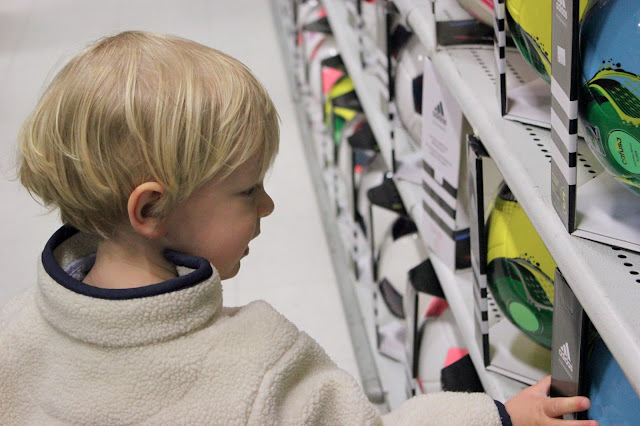 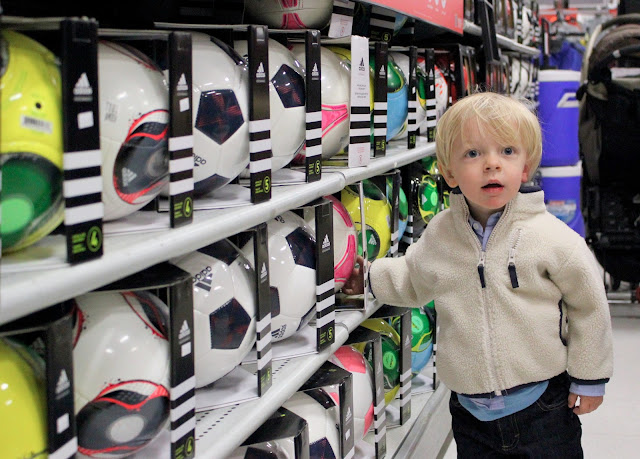 After breakfast we told Behr, we are going to have an adventure today. We packed a lunch and piled into the car and headed to the 'burbs. As we pulled into the shopping center, we realized both kids were passed out in the back of the car. A smooth transition later, Mark and I were actually enjoying a conversation in a book store amidst relative quiet! Miracle of miracles.

Once the boys woke up from their unplanned naps, we headed into the sports store. Behr exclaimed "WHOA!" And then not a beat later, "Look Dadda, soccer balls" while pointing to exercise balls.

Behr has become absolutely fascinated with soccer since a poster advertising a 3+ rec league showed up at daycare. Since he is too young to sign up, we figured we would make our own soccer adventure for him. Never did we imagine that every ball in our house, and anywhere else for that matter, would be deemed a "soccer ball." 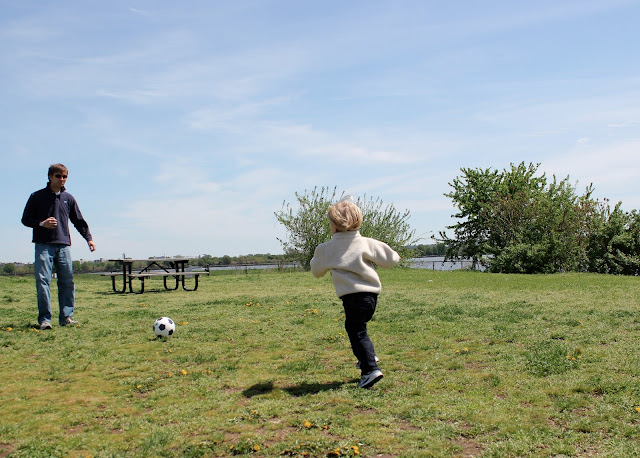 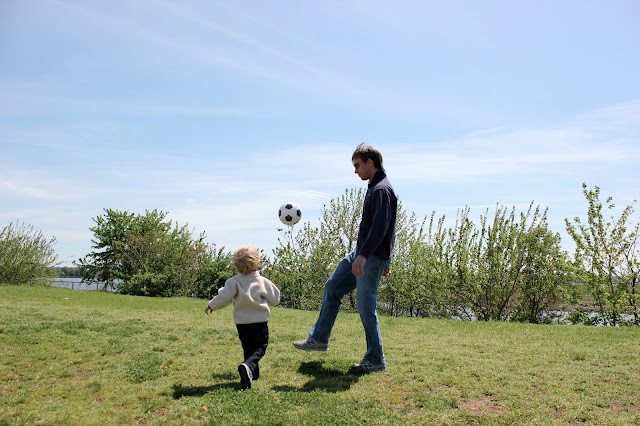 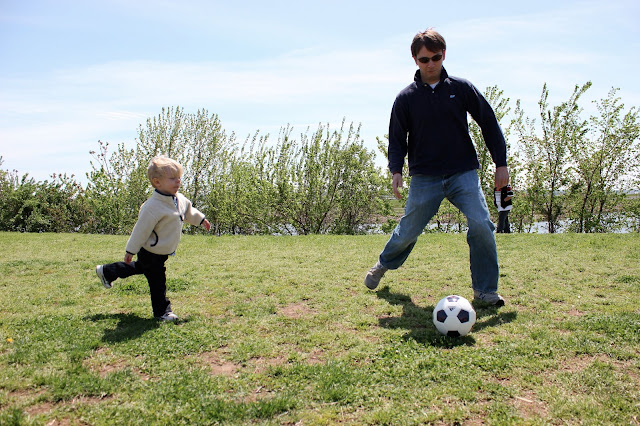 After Behr realized we were actually going to bring a soccer ball home, not just put them back on the shelf, he wanted to buy the entire store. One soccer ball later and a mini-lesson in paying for our goods, we were off to part two of our day.

On our list of "things to do with Behr," Gravelly Park has ranked high on the list. We enjoyed the picnic, kicked the soccer ball around and watched planes soar over head as they took off from Reagan National Airport. Next time we visit, we hope to go by bike!