Blogger Book Club: Is Everyone Hanging Out Without Me? 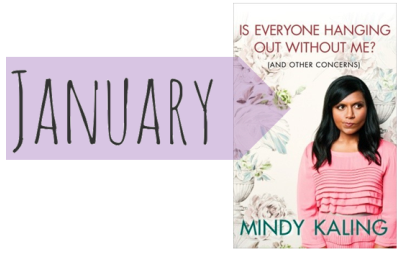 Confession: I had never heard of Mindy Kaling before reading this book. I don't watch the office. I didn't even realize she had her own show. That being said, her book is freaking hilarious! So even if you don't know who she is, read it.

Here are a few of my favorite parts:

The intro Q&A was the perfect primer for a Mindy newbie like me. Thank you Mindy! For those of you who have always loved her, was there anything new in the intro?

I appreciate the way Mindy embraced her figure. The Duante stories were horrifying. And yet, so relatable. Did anyone really survive middle or high school unharmed?

Her dad's line, "What are you doing? Open your eyes!" when he was teaching her to ride a bike is priceless. I loved that the same thing needs to be shouted at me again and again as I take new risks in life. Good ole' Mindy, always with a metaphor up her sleeve. (even if it was completely unintentional).

Climbing back down the ladder at Morses Pond, again laughing out loud. Not at Mindy, but about how I have so been there. How is she so stinking relatable?

Don't Peak in High School:
I want Mindy to write a high school graduation address like Baz Luhrmann's "Wear Sunscreen" except maybe deliver it to freshman the night before their first day of high school. I love that she calls out "Mr. Cougar Melloncamp."

I cheered when Mindy decided to be better friends with Mavis. "One friend with whom you have a lot in common is better than three with whom you struggle to find things to talk about." Yes Mindy, yes!

Skipping ahead to Matt & Ben & Mindy & Brenda. Mindy broke Brenda's nose! Oh my goodness. I actually broke my best friend Gloria's jaw in college. I didn't know other people did things like that. I feel so much less awkward about life. Mindy and I should be BFF now, right? Have you ever broken someone else's bone?

Shooting the Mindy & Brenda script: "I believe they were fashion bloggers who worked at a cupcake bakery and were constantly referring to their iPods (This was 2004, when iPods were the white-hot reference.)" So here we are in 2013 and it doesn't actually seem like things have changed all that much...

Why does loving romantic comedies = the admission of mild stupidity? Disagree Mindy, disagree. But I am glad you fessed up to loving them yourself. What are some of your favorite romantic comedies?

Mindy's take on the film representation of the career woman has me eating out of the palm of her hands. Every book I read that referes to career women and/or working moms in even the most remote way hooks me. It is my place in life so I gravitate towards it. How about you? Do you fit the film version, "barking orders into your hands-free phone devices and telling people constantly, I have no time for this!" Or are you like Mindy?

I found the differences between Kelly and Mindy really intriguing. But to be honest, I didn't know there was a character on the show named Kelly. Blaspheme, right?

The Mindy Greg dynamic was fascinating. Especially when she "got kicked out" of work but didn't think of it as being fired.

Franchises Mindy would like to "reboot." A League of Their Own, The Hulk, Oceans Five, Van Helsing, Ghostbusters. Do you agree? What would you reboot?

And, now that this might be the longest book recap ever, I am going to stop and admit that I didn't quite finish the book. But I hope to finish reading before this goes live so I can contribue on the last third in the comment section.  p.s. I also know that this book gets compared to Bossypants a bit. Even though my Dad grew up in the same small Greek community as Tina Fey (yes, really), I don't really follow her nor have I read her book.

Tip:  By subscribing to comments (little button under the post box) you will receive the comments from this post only in your inbox and know when others have replied to you. 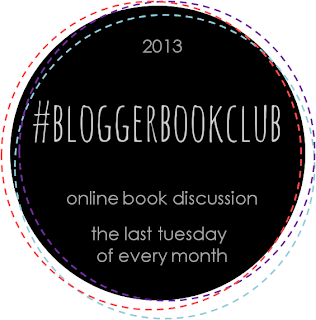 Disclaimer: compensated affiliate links may be used in this post.
on 29.1.13