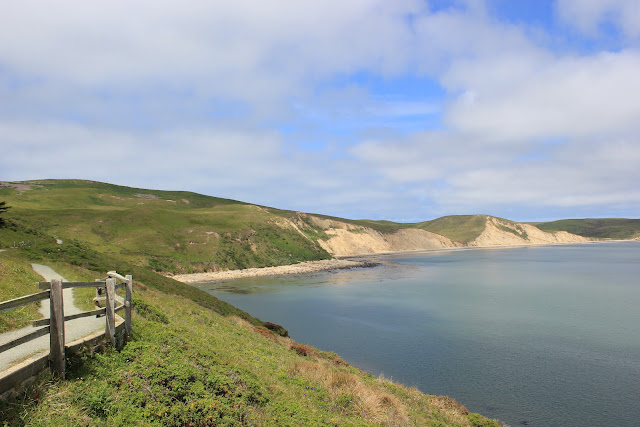 Although this is our first time at Drake's Bay, and Point Reyes National Seashore for that matter, the visit is tightly interwoven to our engagement story. Rather than continue to gush over how many incredible pictures I took of the beautiful scenery﻿, I will share with you how I got my ring. 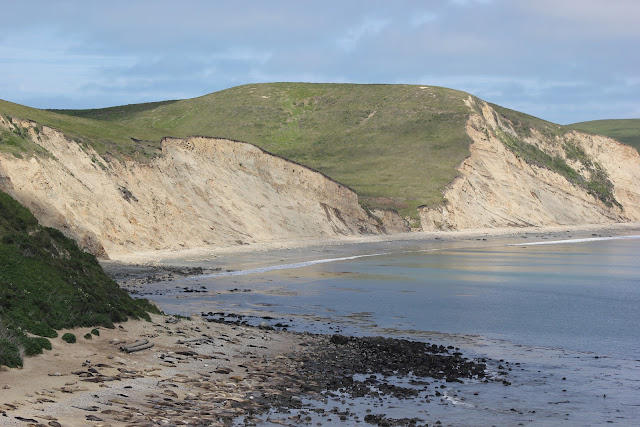 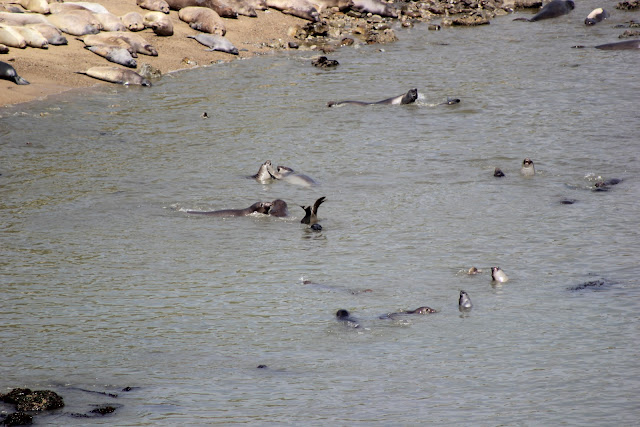 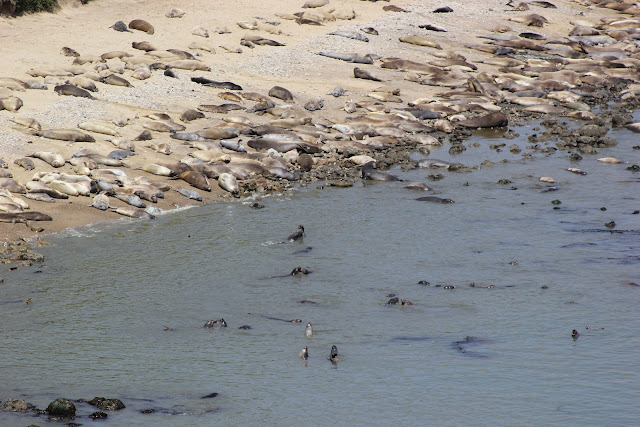 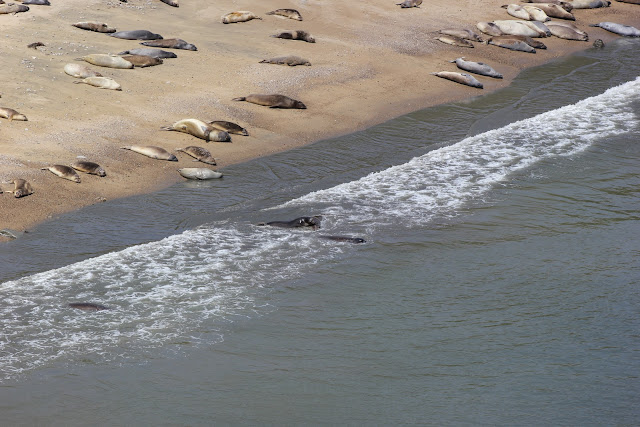 Shortly after returning from a semester studying in London, Mark suggested we plan a day to officially welcome me back to Boston. We picked a weekend, and out of the blue suggested we return to the New England Aquarium, the site of our first official date. After picking a few other spots to see and places to eat, we were set for our adventure.

When the planned Saturday morning rolled around, I begrudgingly got out of bed, suggesting we spend a lazy day instead of treking into the city. Mark insisted that we properly welcome me back to Boston. My laziness manifested inself into sleeping late, skipping a shower, and simply throwing my hair back into a messy ponytail. I was more excited about spending time with Mark, than any of our plans.

The weather in Boston was beautiful for January, bringing crowds to the aquarium.  The buzz of people distracting me from my funk simultaneously brightening my mood. Mark insisted we become members and get our picutre taken. I complied, wishing I had not refused to shower.

As we meandered around the aquarium, waiting for our appointment to feed the seals, I bragged about what a great day it was, that my suggestion to visit the aquarium was brilliant, that Mark was lucky to have such a smart girlfriend.

Upon meeting the seal trainer, he explained that we would be feeding Chuck, an Atlantic Harbor Seal, and encouraging them to play. The seal tank is outside the Aquarium, right in front of the main entrance. People gathered to watch the show. We fed the seals fish and threw toys to Chuck. After a few attempts, he retrieved a toy for the trainer, commanding a round of applause from his audience. As the trainer passed the toy for Mark to toss back in, he shook it, commenting that there must be something in there... 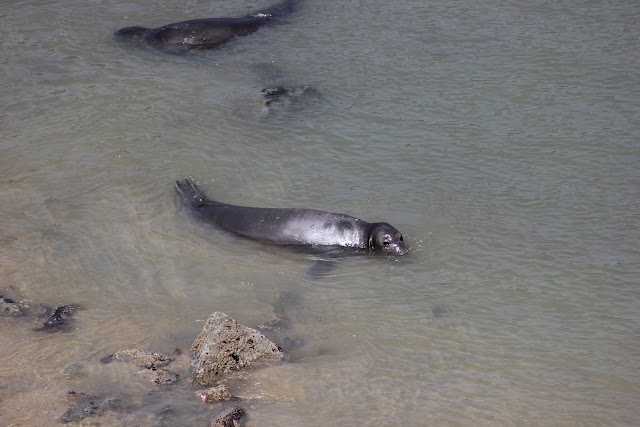 ...Mark opened the seal toy, getting down on one knee, and pulled out a ring. I think I was hugging him and exclaiming yes before he even finished asking the question. Neither of us can quite remember. The crowds roared, and the seals joined in the celebration with a few claps and barks of their own. 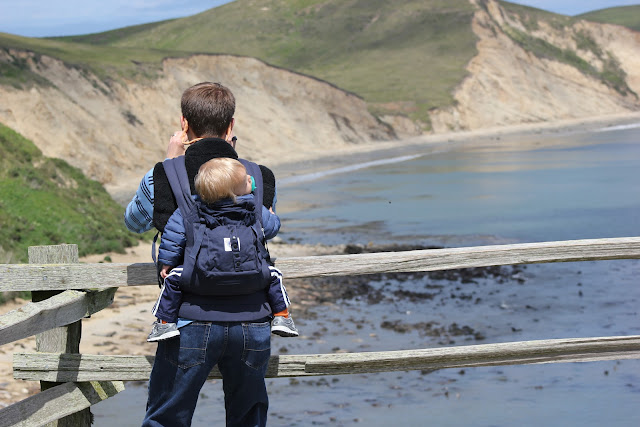 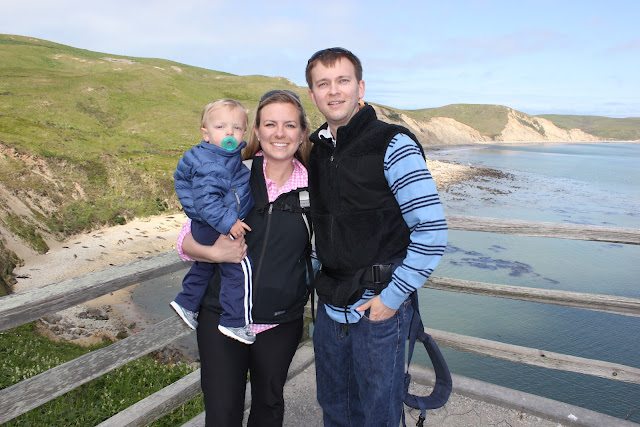 Here we are, six years later on a family vacation with our son. As soon as we decided on San Francisco, we knew visiting the seals would be at the top of our list.

Here is a short video we took of the seals playing at Drake's Bay.

They we certainly enjoying the beautiful weather!