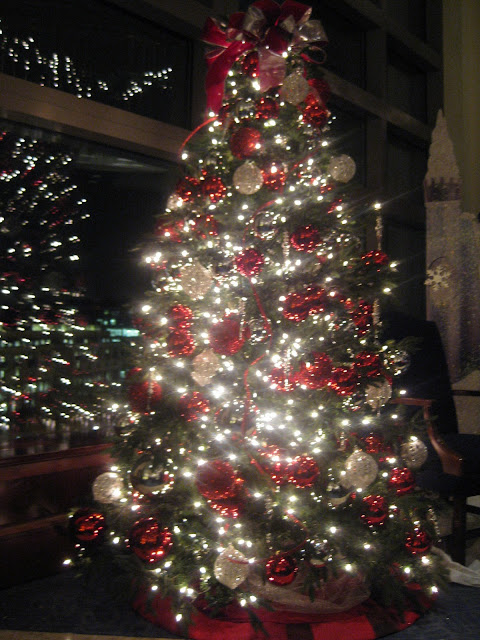 Each December we look forward to Mark's office Christmas party. Good food, company and fun. This year we were even more excited, knowing that Behr would get to meet Santa {our good friend, Albert}. The decorations were beautiful and more than made up for us not having our own tree in our apartment. So how did that fateful meeting with Santa go? I will let the picture tell the story: 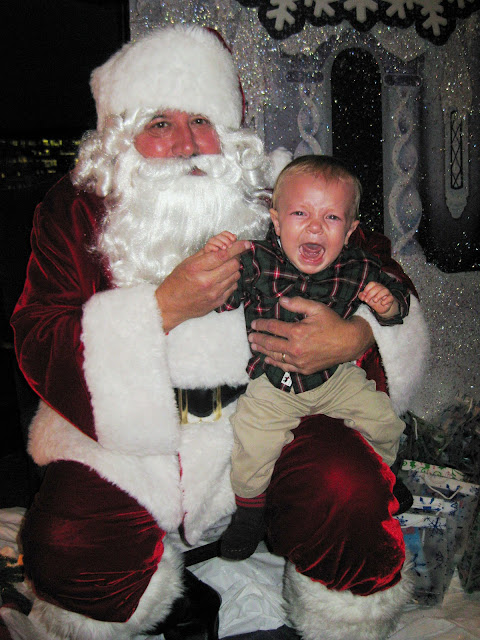 ﻿As we approached Santa, Behr began to dig his claws into me, even wrapping his little legs around my waist in an effort to cling for dear life. As soon as he was released into Santa's arms, he began to clamour, eventually letting out the building scream. He was so earpiercing, he managed to quiet the busy room. Knowing how much Behr loves Albert without the costume, and how deeply Albert cares for Behr, Mark and I could help but laugh hysterically. Our poor child received no sympathy from his parents. We scared him and then laughed our heads off. Someday we know he will too!

Fortunately, Behr gave a better reception to almost everyone else. He spent most of the evening hanging with two of my closest friends, Lauren and Christie, who visited us in the hospital right after Behr was born! 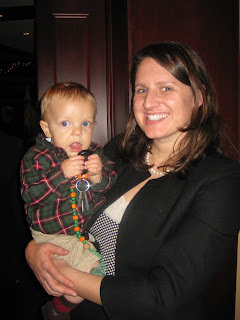 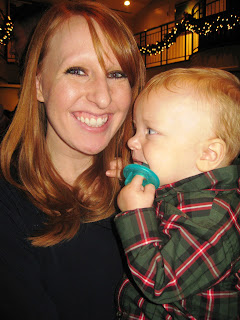 And Behr was completely enamoured with the tree. While I was able to get some cute pictures, the experience once again, made me ever so thankful that we don't have a tree this year. He tried knocking the tree over, eating it, and pulling the (plastic!) ornaments off. Incredibly, the professionally decorated corporate tree withstood the abuse from Behr. Meanwhile, I paid close attention to how strategically these ornaments were twisted and tied as to not come loose at the hands of a child. 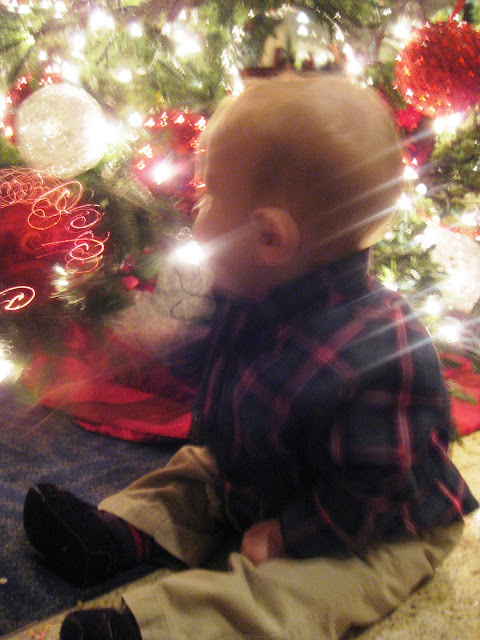 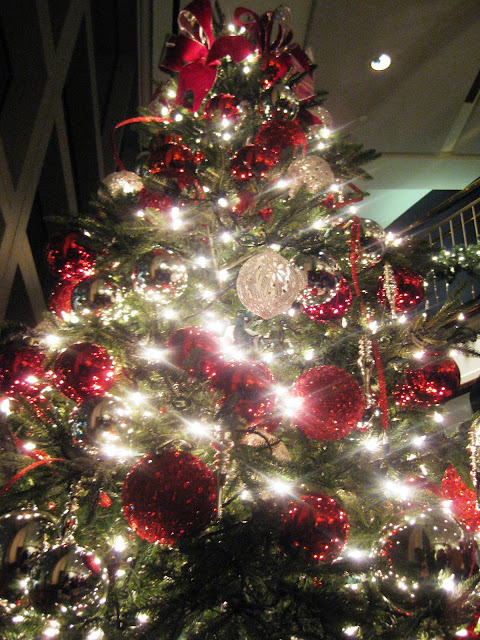 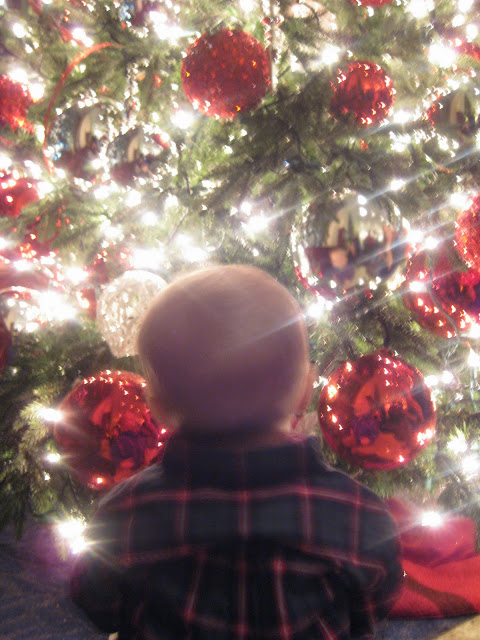 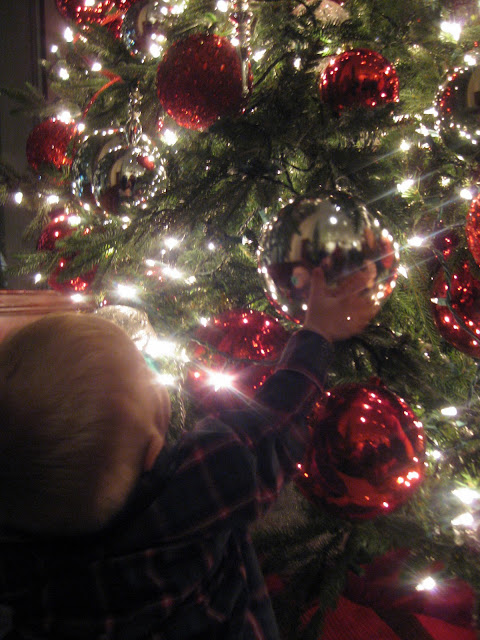 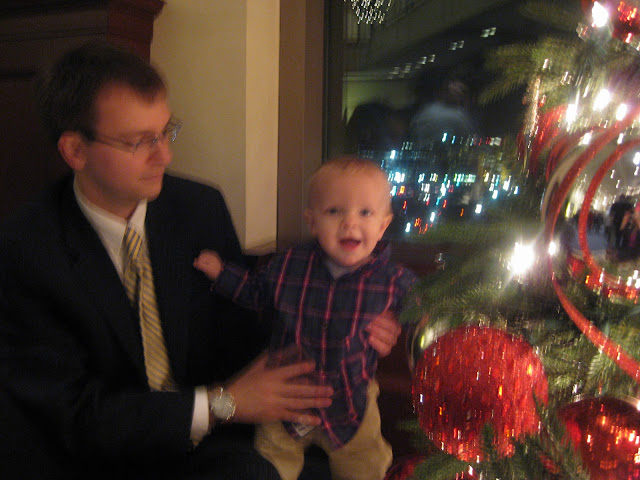 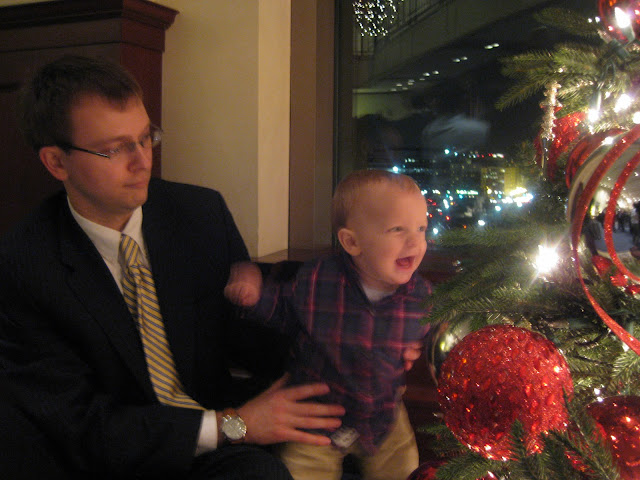 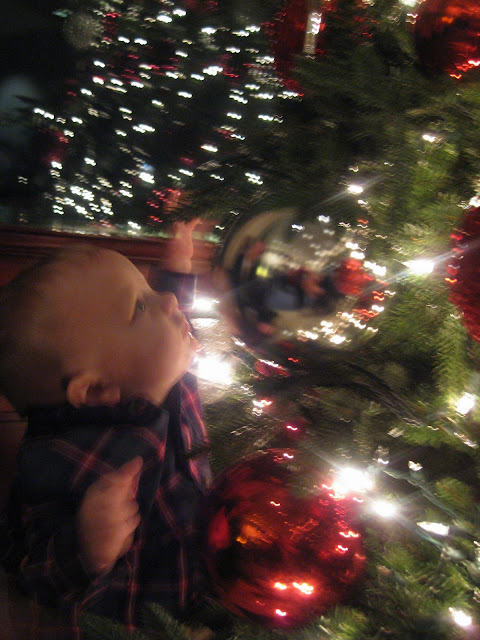 Finally, I was beyond thrilled that we were able to capture a half way decent family photo! 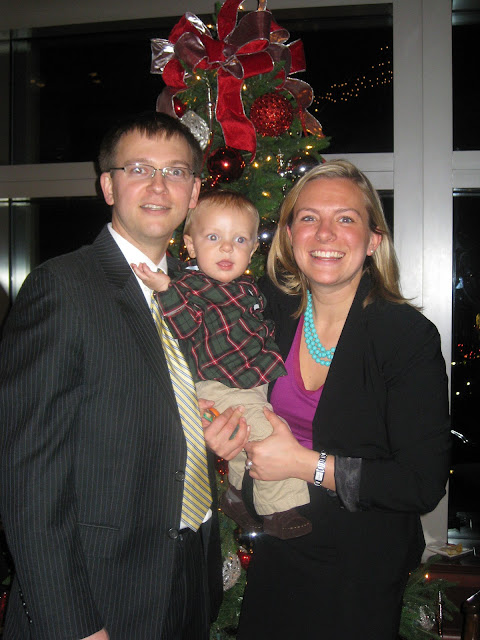 now Behr officially has nicer shoes than me,
but they were a great deal.
I think I snagged them on Gilt Groupe

I am linking up to small style.