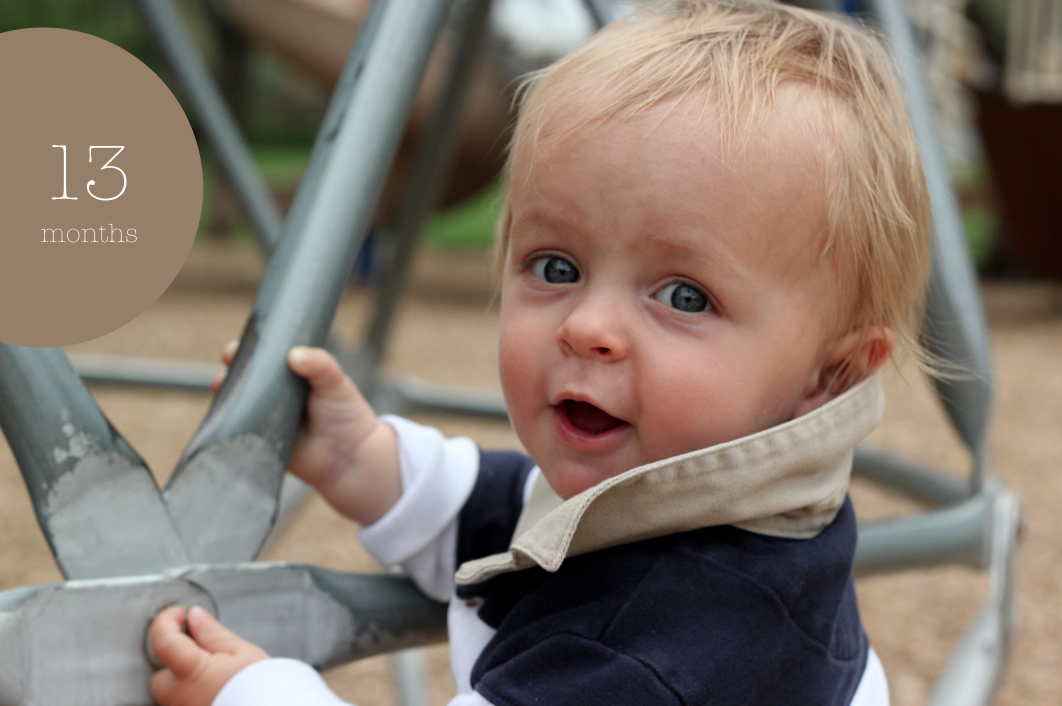 Standing firm -- he knows his opinions and sticks with them. Insisting on only walking when he has your hands and complete attention.

He loves the playground. As we approach, Hudson pumps his fists and kicks his legs, as if urging the stroller to move faster. We now strategically avoid passing the park if we don't have time to stop, for fear of the angry toddler wrath. Also, I have had a hard time adjusting to calling Hudson my toddler. It means both boys are growing up, Behr my preschooler, Hudson no longer my baby.

Hudson rapidly switches from pure joy to hysterics. One moment he is making goggly eyes at someone else, the next moment he is screeching and hollering, reminding me of how much he still needs me. He doesn't use many words yet, but he is an extremely effective communicator, and at the very least a loud one. His screeches and hollers come in all decibels for a variety of needs -- when he gets to the end of a piece of furniture, when he wants something just out of reach, or when he is hungry.

Speaking of hungry, he eats so much food. I forgot about this stage. He wants all of everyone's food. Table manners are currently at a minimum unless you count licking the bowl clean.

Learning limits. Hudson know what the outlets are and that he is not allowed to touch them. So instead he cruises up along side an outlet and waits for you to look. Once he has your attention, he slowly points his finger to the outlet. As you discipline him, saying no sir, he squints his eyes and his lip begins to quiver, reaching for that outlet again. Moments later, the waterworks turn on and he is full on crying because you told him he couldn't do what he already knew was forbidden.

He also loves Behr. He constantly looks for him, tries to get in the middle of whatever Behr is playing with, and will snuggle with him at all costs. Or as most often the case, destroy whatever Behr is currently building. 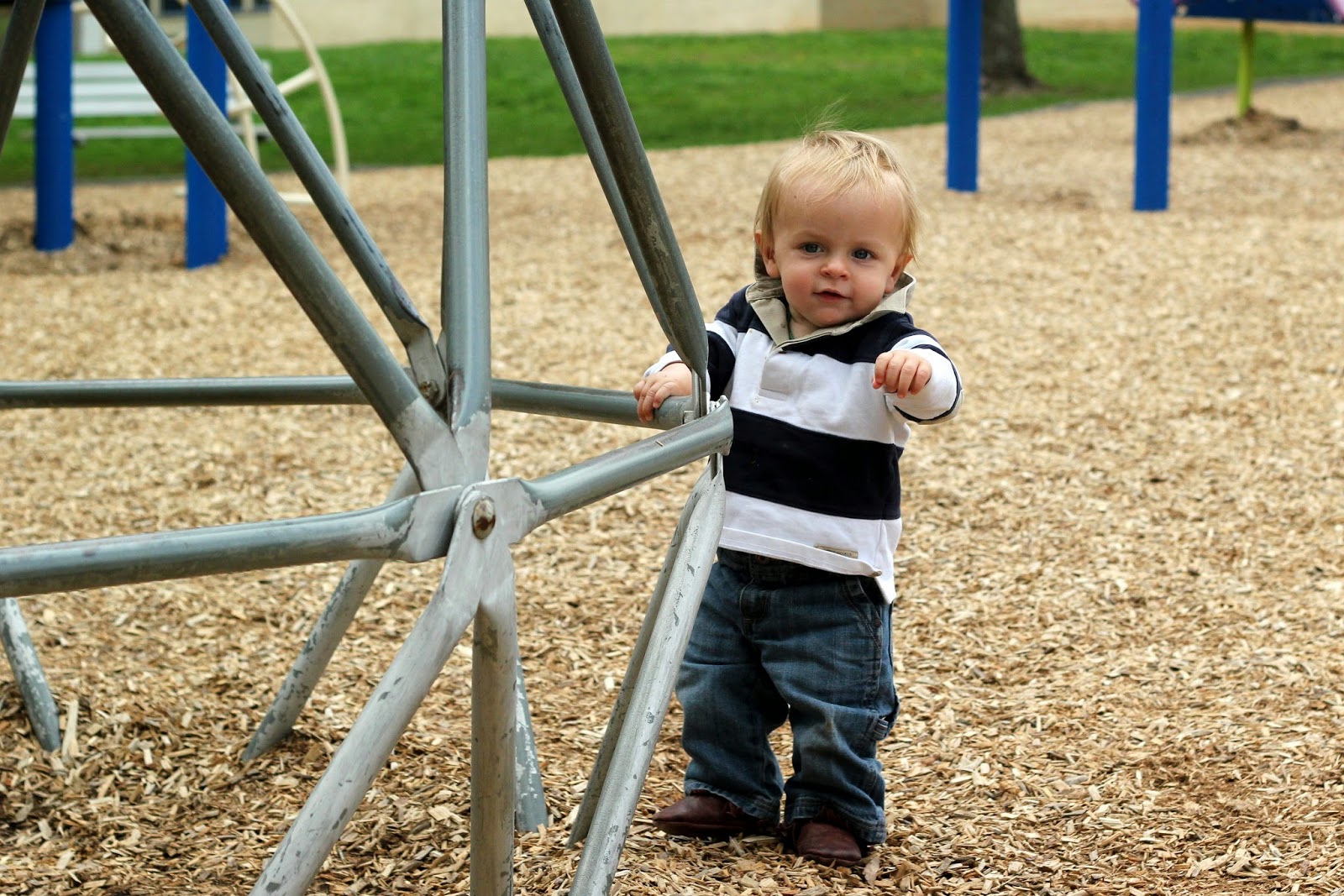 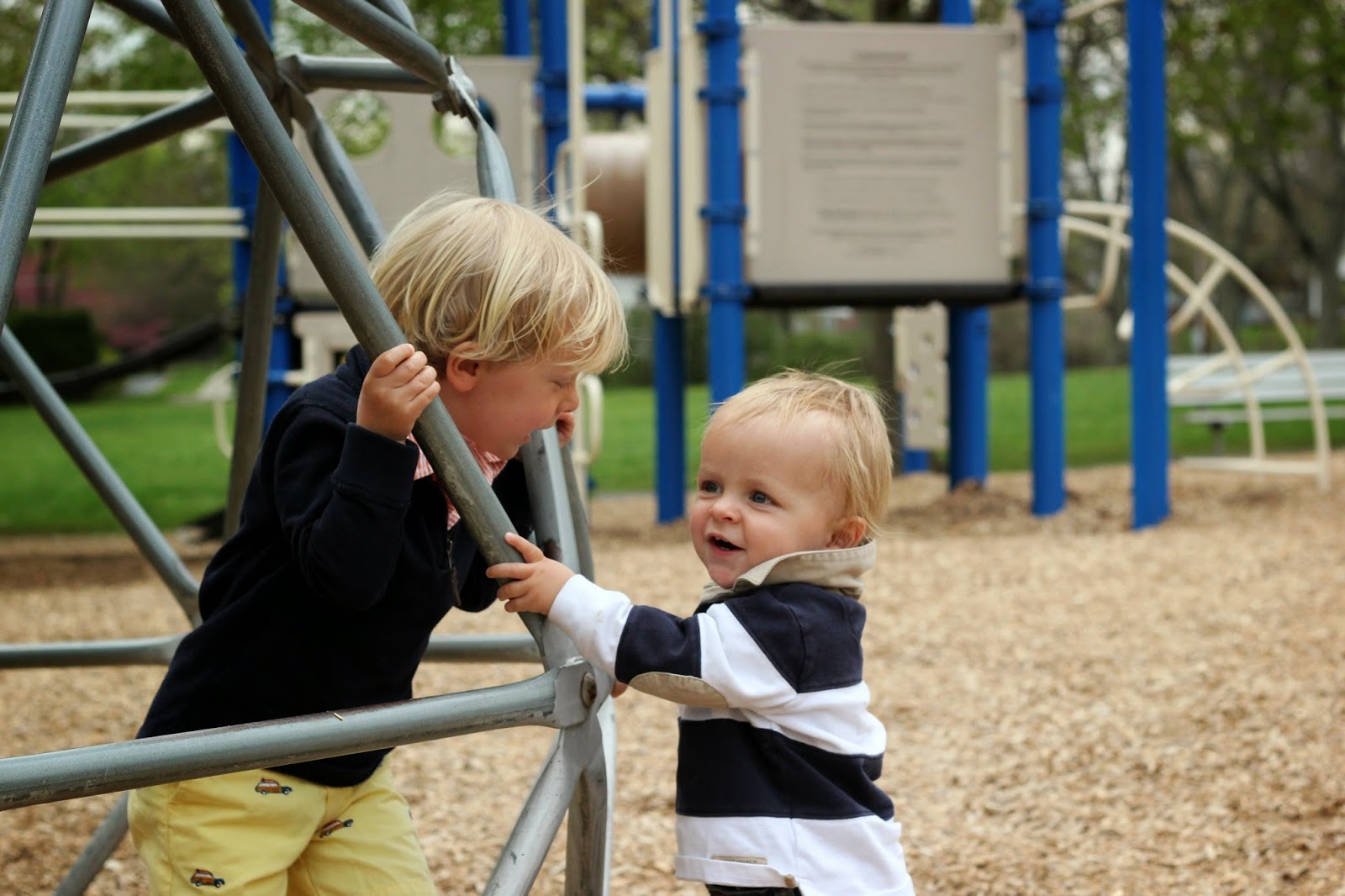 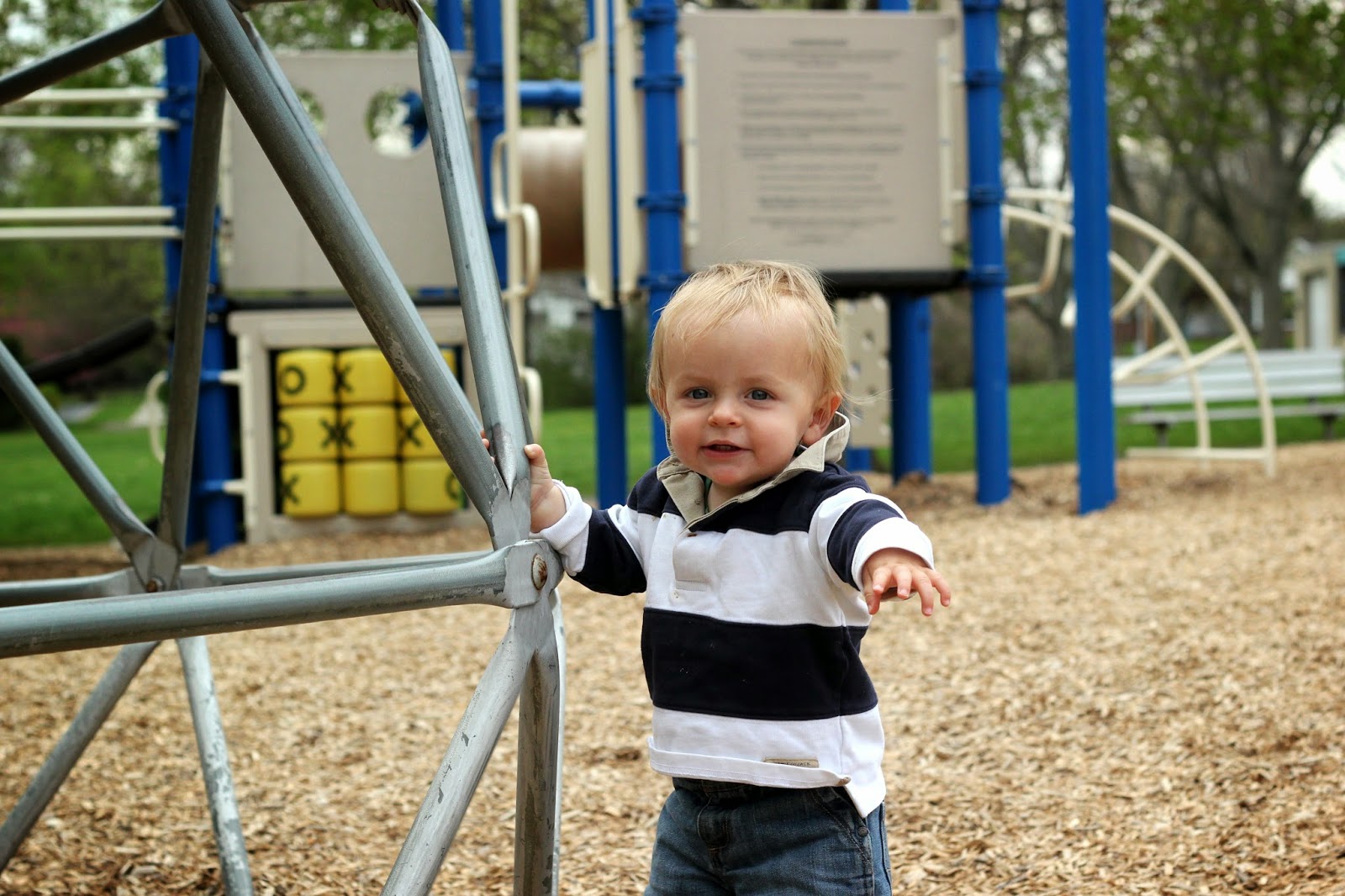