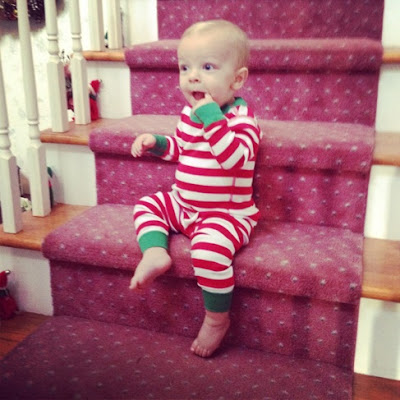 We have officially entered a new era of sitting on the front steps.
Behr is a whole lot cuter than the rest of us were anyway.

He is so excited but doesn't have a clue why. He just knows. It is in the air.

Everyone gathered in the front room, while Behr began to make his way over. 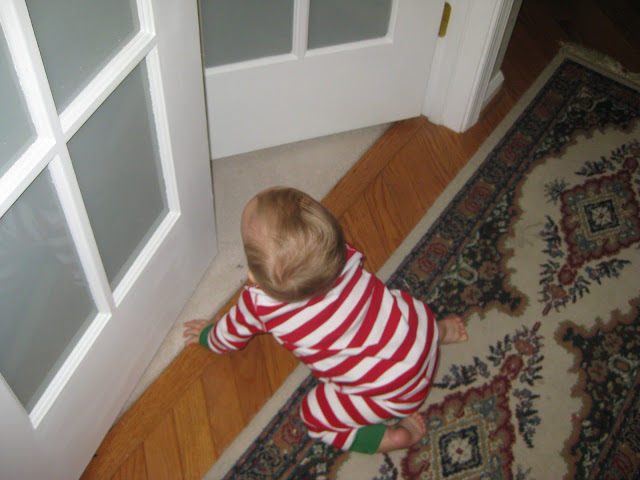 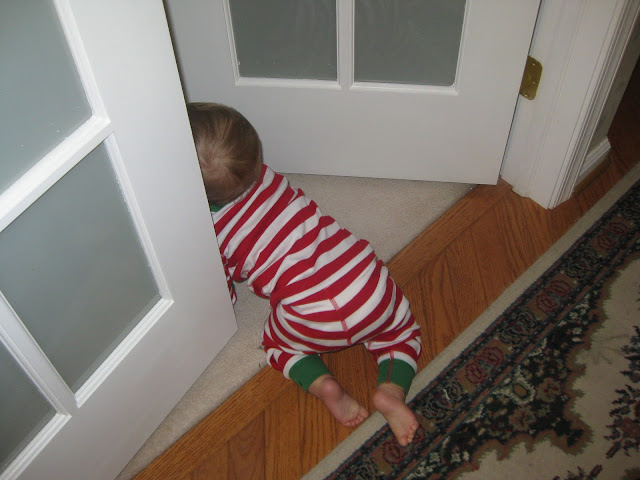 And now a video recap of Behr's first time seeing the Christmas tree and opening presents:


yes, that running commentary is normal.
it actually was a bit toned down for the sake of the video.
now you know why I tell folks that I am not the loudest in my family. 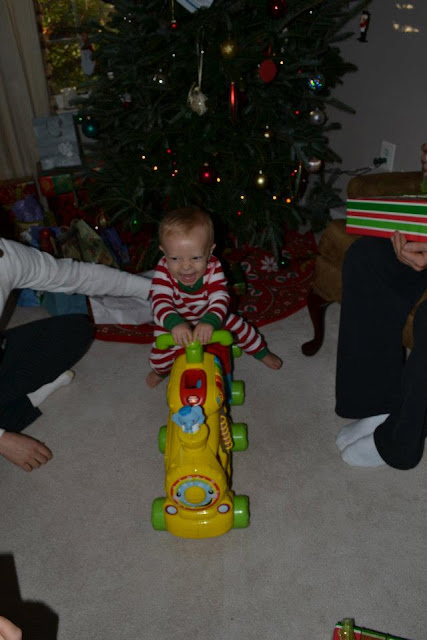 so excited once he finally got the hang of it. 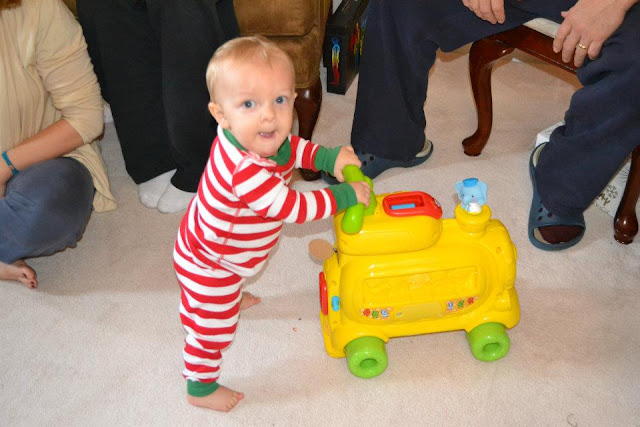 he proud as can be! 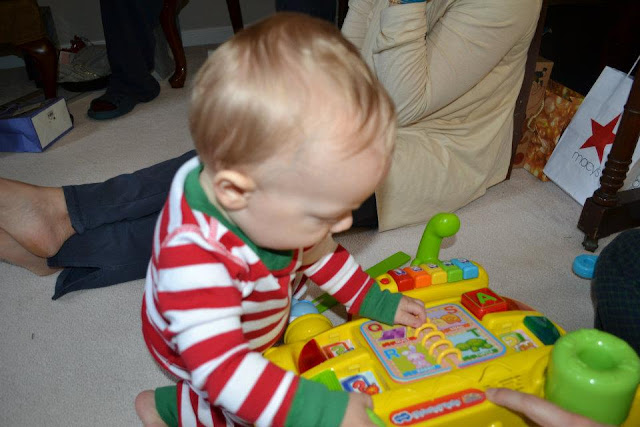 realizing that it makes noise. 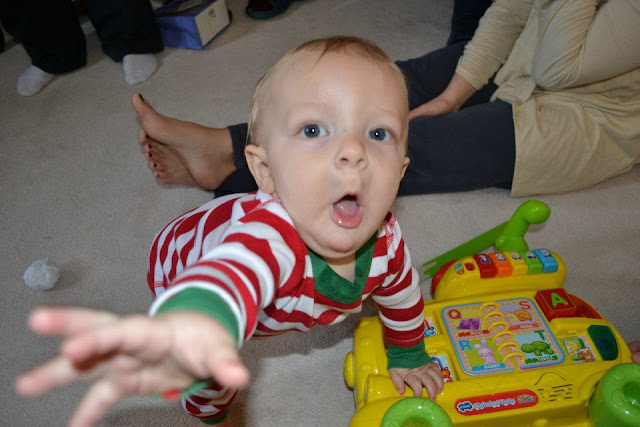 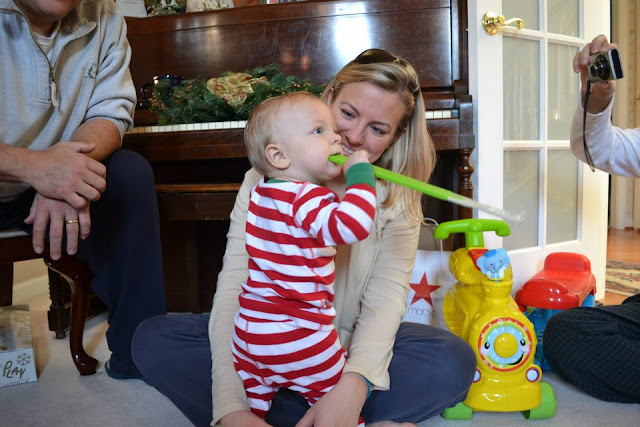 eating one of mama's gifts. a pot stirrer that looks like a paint stick.

also serves as an effective teether in a pinch. 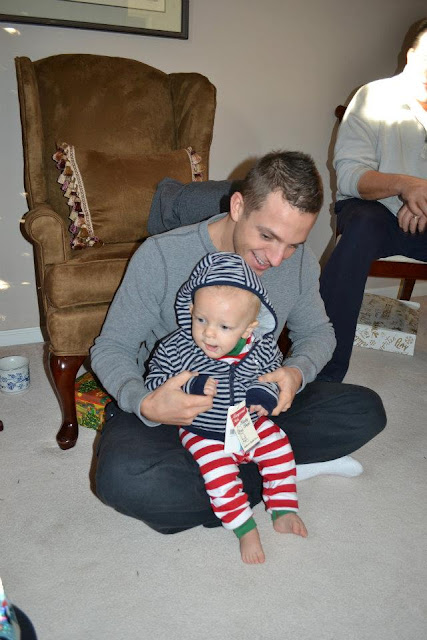 trying on his new hoodie with uncle mike. 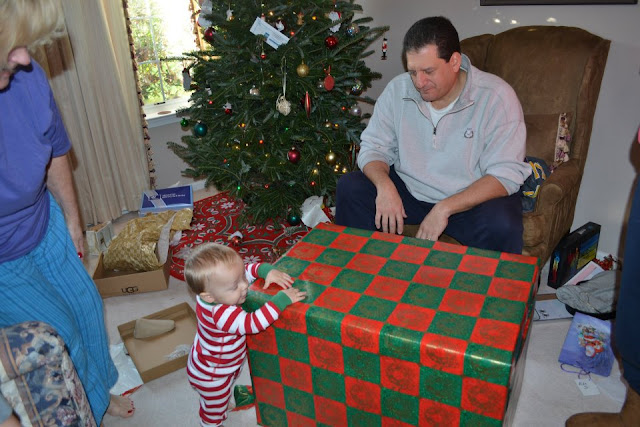 that is, until he realized that it was only a snow blower.
and wasn't going to be taken out of the box. 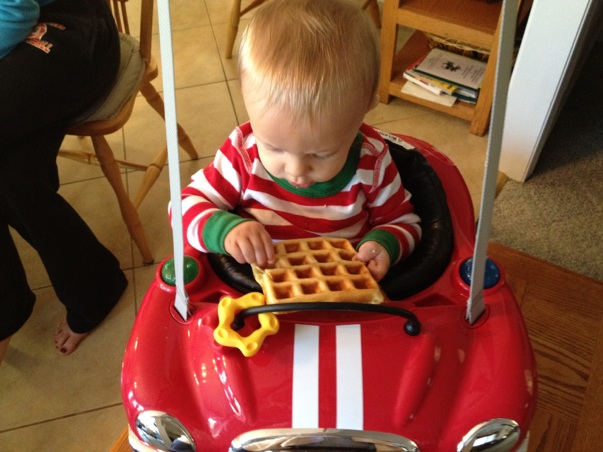 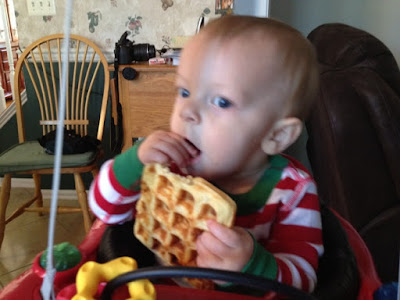 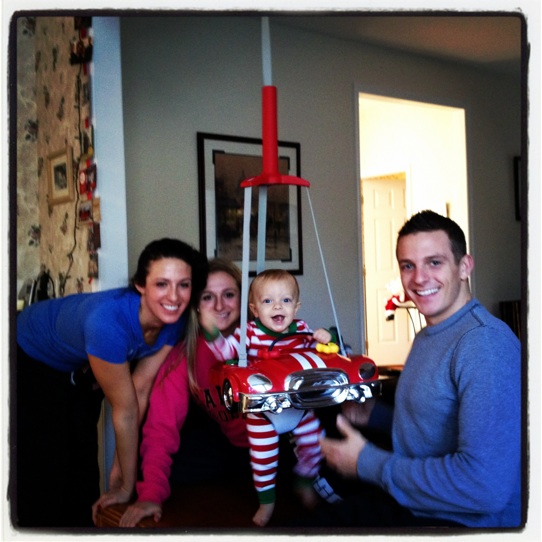 And we finished off the morning with homemade waffles for breakfast.

Behr sat in his race car and jumped his heart out.

I am linking up to small style over on mama loves papa.