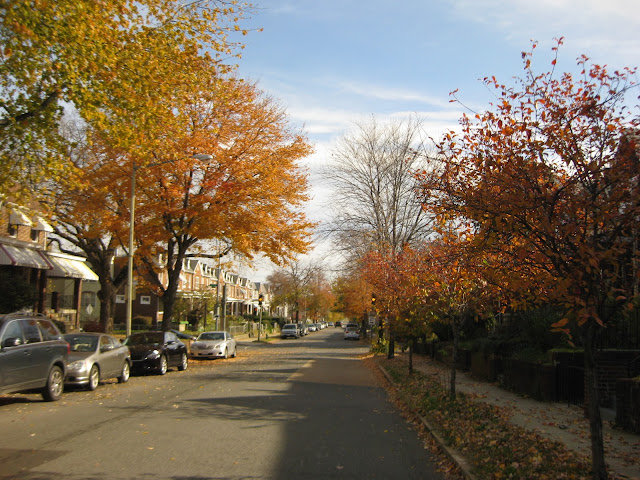 Behr is officially 10 months old. We celebrated with our typical sunday bike ride and Behr's first bad cold.     I am grateful that he lasted this long without a bad cold.  Despite a horrible cough that reduces him to tears, he has been resilient and he is old enough to eat up mama's chicken noodle soup.  The past month has marked many milestones, no wonder Behr got sick all of this work tuckered him out! 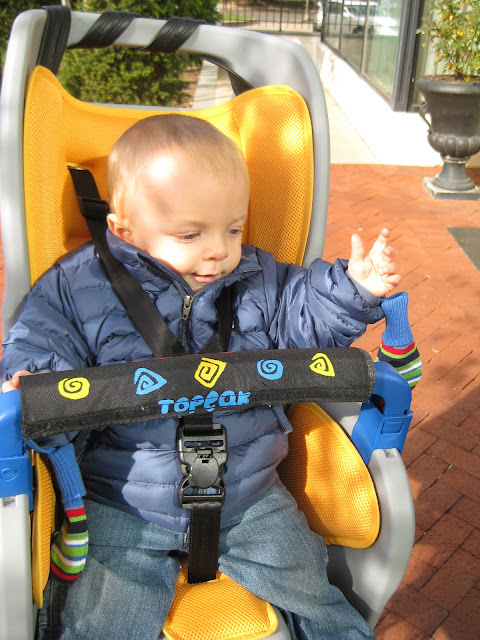 note: we hadn't started biking yet, but I was struck by what a big boy Behr looked like
with his jeans and puffer jacket, so I wanted to capture a picture before I put his helmet on.
we wear helmets.

tooth number 2 arrived
many modes of transportation:
Behr mastered the army crawl
Pulls up on all furniture, all the time
Cautiously scoots and side-walking around furniture
And just last, started week crawling on his knees
communication:
lots of new sounds in an effort to talk to us.
the words are all in there, he just isn't quite sure how to get them out.
play:
Behr loves knocking down stacks, blocks, cups, pots and pans, magazines and mail...you name it. If it is stacked, he will knock it down like a bull in a china shop.
Putting things on his head.  At some point over the summer we started playing a game where we put things on our head or Behr's and wait until the fall off.  This led to hilarious fits of laughter.  Now Behr jumps in on the action, placing items "on his head" (really he drops them over his shoulder behind his back) and laughs even harder than before.  He loves this game and will play for hours!
Table play.  Since he can now pull up, playing at the coffee table or his plastic table are new favorite activities.  He also uses his toy stage as an old man walker, lifting it up and lunching forward.  He seriously looks like a grandpa lurching across our living room in starts and fits.
We also play catch and pass toys back and forth.  Behr is learning to share.
faces:
Oh the faces.  He has so many new ones.  I wish I could show you them all, but he knows to smile for the camera, for now, and refuses to let me capture his "looks."
He looks like a boy.  I know this sounds a bit crazy, but as you can see in the bike pictures, he is really looking grown up.  All boy.  The baby features are quickly fading.  The pudge in his cheeks and his "jowls" are disappearing leaving defined BOY features.  So yes, I mean it when he says he looks like a boy.  He is growing up. 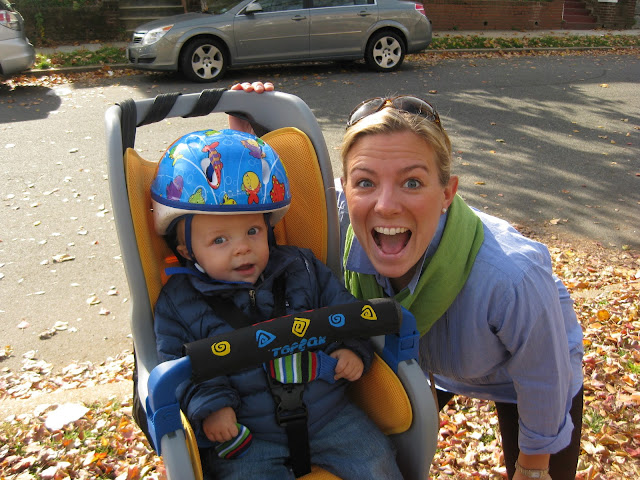 say hello to my creepy "happy 10 month birthday!" face.
poor Behr.
Oh Baby, I cannot believe you are 10 months old!  I am going to savor the moments when you still want to snuggle with me and when you need me to pick you up, even when I don't want to.  If only I could pause time right here.  But I think that every month, and the next one gets even better.
on 14.11.11