Dear Baby, This is Your Story

Hey guys, Shannon here.  Letting you know that Mark is about to continue telling the story of Behr's Birth.  Just in case you missed it, check out my intro here, and part one here. Enjoy! 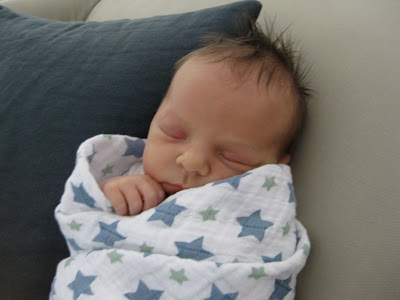 My wife is wonder woman. Why you ask? Because we have now been here since Sunday.  Do you realize that is now over 30 hours of contractions?  30 hours of labor and her body is just beginning to respond to the drugs.  Things are certainly happening, but at the same time they are not. Aren’t the drugs supposed to be speeding things up?

By this point, Shannon is having contractions ever six minutes, so doctors cannot increase the pitocin dosage. 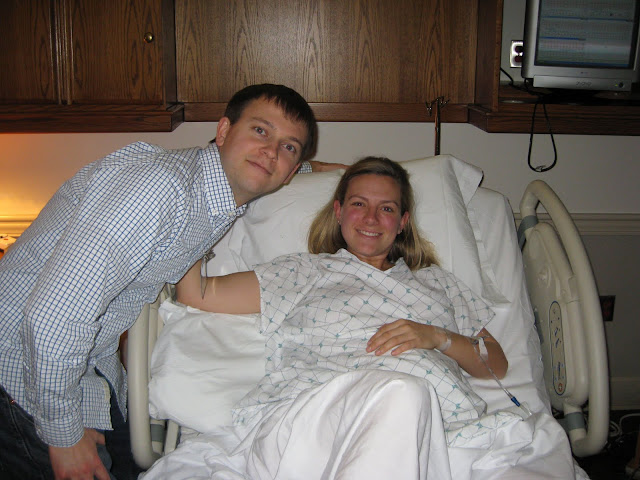 As we consulted with the doctors and nurses they continued to keep us posted on the status of everything. With Tuesday here my pending trip to Brazil started to nag us in the back of our minds. We quickly squashed those concerns as we decided I would change my flight, etc if need be. With our focus on what was best for Shannon and baby, the doctors suggested breaking her water early afternoon. This meant upping the potential timeline and encouraging Shannon’s body to take over the labor process.

Even with a short break from the drug induced labor contractions last night, Shannon continued to endure and persevere. We continued to past time with playing card games, etc. Doctors and nurses continue to change shifts with amazement that we were still there. One of the most challenging parts mentally for us began to creep in as we were seeing and hearing other families in the labor and delivery wing come and go as their babies were born.

At 1:30, they broke Shannon's water. Things immediately began to pick up and become even more intense as far as labor pains, etc.

Around 5:30pm, Shannon was not getting enough of a break between contractions so she was on oxygen and shaking uncontrollably, causing her to throw up between contractions.  All the while, Shannon stood, leaning over the side of the bed to bear through contractions. It became evident that this baby was sunny side up, meaning back labor, with the baby's skull pressing against her spine causing more pain. Standing provided just enough relief in the pain's intensity, that she could continue to endure.

However, by 6:30pm, the pain was so concentrated that we requested an epidural for Shannon. I did all that I could as I prayed and tried to support my beautiful wife in her labor pains. For a husband, we can’t experience these pains, and if we could, I know we would trade places with our brides, take away the pain from them and endure it ourselves.


As I reflect in writing this now, I can’t help but imagine how great God’s love is for us to send his only Son to die on the cross for our sins, taking our place from the wrath that we deserve. And in order for Christ to conquer death he had to separate himself from God’s glory and receive our punishment. These moments of our life help us to better understand this absolutely beautiful act of love.

Outside the weather was cold and the forecast was snow. As the day progressed evening fell and the hospital staff kept us informed. It was obvious by now that Shannon was, and by all means understandably, getting tired. If we kept this up at this rate there might be some real activity taking place late tomorrow morning. As we got a glimpse of what tomorrow could hold, we knew we would need to get some rest.

Shannon was laying on her side, still on oxygen, while the nurses came in periodically to check on the baby's heart rate and rotate Shannon to get a better reading.

Around 10:00pm or so, as Shannon tried to sleep I decided to get a few hours of rest myself.

Literally as I turn the last light off, put my glasses down on the night stand and lay my head down, the doctors and nurses come in wanting to chat. As they monitored Shannon and baby, they were beginning to get concerned about how restful our son was getting during contractions. Behr's heart rate was resting for too long.  This meant he wasn’t actively engaging with labor, this could be a sign that he is too tired. Out of concern for the safety of mom and baby the doctors reluctantly advised for a c-section.  In spite of our exhaustion, we were suddenly jarred awake; a c-section was imminent.

With this news came the realization and flood of emotions for next steps. Even before the doctors and nurses arrived, Shannon expressed in her fatigue a question of how much longer she would be able to continue with the drugs inducing painful contractions even with an epidural.

The doctors gave us some time to discuss ourselves and we decided to move forward with a c-section based on the doctor’s recommendation. The doctors then debriefed us on the risks associated with the surgery, especially with the amount of drugs used in an attempt to induce labor. Since Shannon had been receiving pitocin for nearly 52 hours straight, the risk of her bleeding out during surgery increased.

As reality set in, I had to be strong for my wife – the only problem was I didn’t feel strong, in fact my stomach was in a knot.

The nurses provided me the surgery cover ups that I needed to wear, they then allowed for a couple minutes for my wife and I to prepare for surgery. I was very proud of Shannon, we posed for a picture and then the nurses and I wheeled her down the hallway. 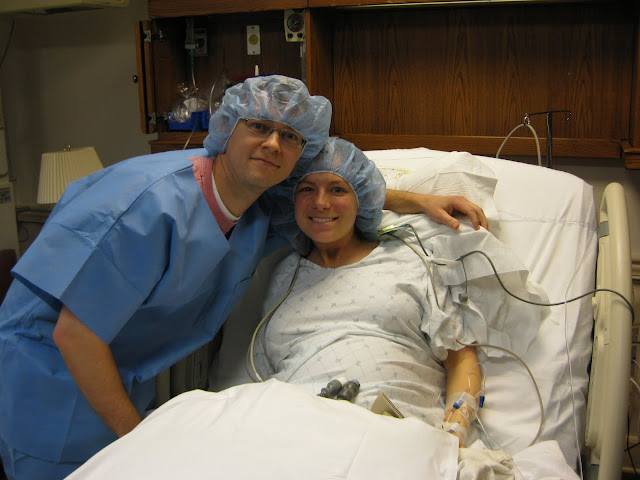 Before we got to the operating room the nurse explained to me that I would need to wait in a separate room until the surgery was ready to begin. It was clearly described to me that if I passed out during the surgery that I would be taken to the emergency room and could miss the birth of our son. This was challenging for me, as I’m not a huge fan of blood, etc.

As I stood alone in the room adjacent to the OR, I stared out into the snowy night sky, praying for God’s strength. I was weak and tired and just wanted my family to be safe.