Recently, Behr has become very expressive.  He now makes many different faces.  My all time favorite has to be his frown which until now had been eluding the camera.  Just before, and sometimes after a smile, Behr stretches his facial muscles into the deepest, saddest looking frown you have ever seen.  I find it hilarious.

Last week, while happily playing, Behr allowed me to capture his frown.  {I inadvertently captured many smiles when I snapped the camera a second to early or late!}  Let me promise you, my baby boy is truly happy... 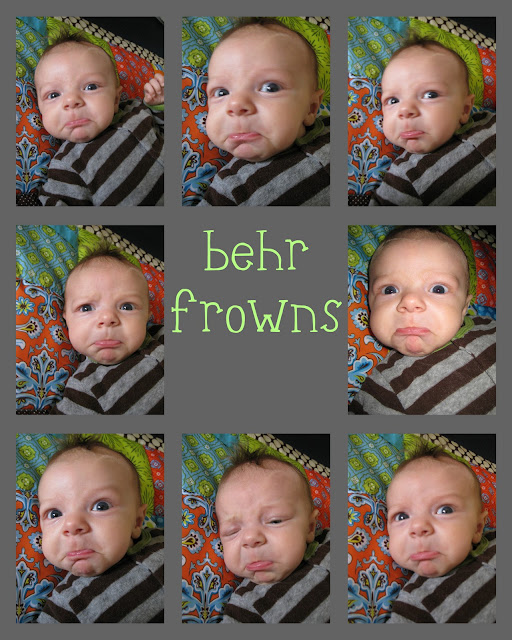 ...he just makes this adorable face causing people to assume I am a bad mother.
I am not a bad mother.  I am only photographing this frown now, because I fear one day it will be the early warning sign of a temper tantrum.  For now, this deep frown warms my heart, and I can't get enough of it!
Don't forget to check out the giveaways and enter before Thursday!
on 28.3.11