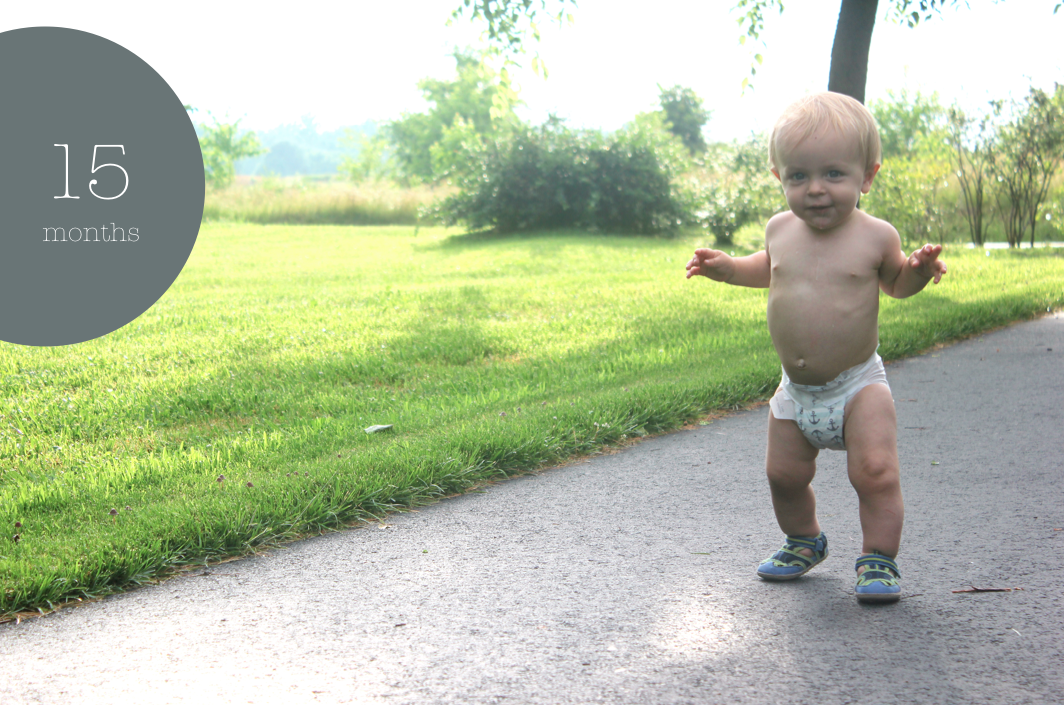 These aren't the greatest photos. The hazy summer sky and fast moving toddler left things slightly out of focus. These few haphazardly captured photos send me into a weepy puddle of tears. This is my baby, being anything but a baby. Sure he is rocking his honest diaps, his knees are still chunky, and arms poised as he is not quite stable on his feet. But in the few weeks since this photo was taken, those shoes no longer fit and his arms are no longer hanging in the ready position. And dare I say, he has almost started running? He does this hilarious run shuffle when trying to escape with contraband, usually someone's stolen iphone.

Speaking of iPhone, Hudson spoke his first word to siri. Yes, the automated apple voice won. He began picking up the phone, saying "Hi!" in a very enthusiastic voice, and then putting the phone back down. Repeat ten or fifteen times and we caught on. He's talking!!

Hudson is mastering his yeses and his nos. When trying to tell us what he wants, when we land on the correct object, he about whoops with excitement. Yeah, yeah, yeah, arms flailing up in the air or clapping enthusiastically. Other words he uses regularly include "mom" "alld" (translation: all done, with clapping no less) and "ba" for pretty much anything else he doesn't quite have a word for.  He sputters when it takes us too long to understand him. I say he should just start using his words...but he is adamantly opposed to most ideas suggested by me.

I've noticed his arms aren't always up in air when he walks. Sometimes they swing at his side, making him seem dramatically older in an instant. Hudson is so proud when he walks, eager to get out in new places and walk this way and that. Often times his first action is to bump into Behr in some way or another. The two of them are constantly exchanging little jabs with one another. There must be a magnetic pull between brothers. they are unable to get through any activity without smashing or slyly bumping into one another.

And I think I forgot to mention we cut Hudson's hair. Just a trim around the ears and the back, mostly to keep the mullet from getting out of control. But again, he is such a boy now!

I will spare you the long list of Hudson's monthly posts...but if you want to see more of this sweet face, click here. 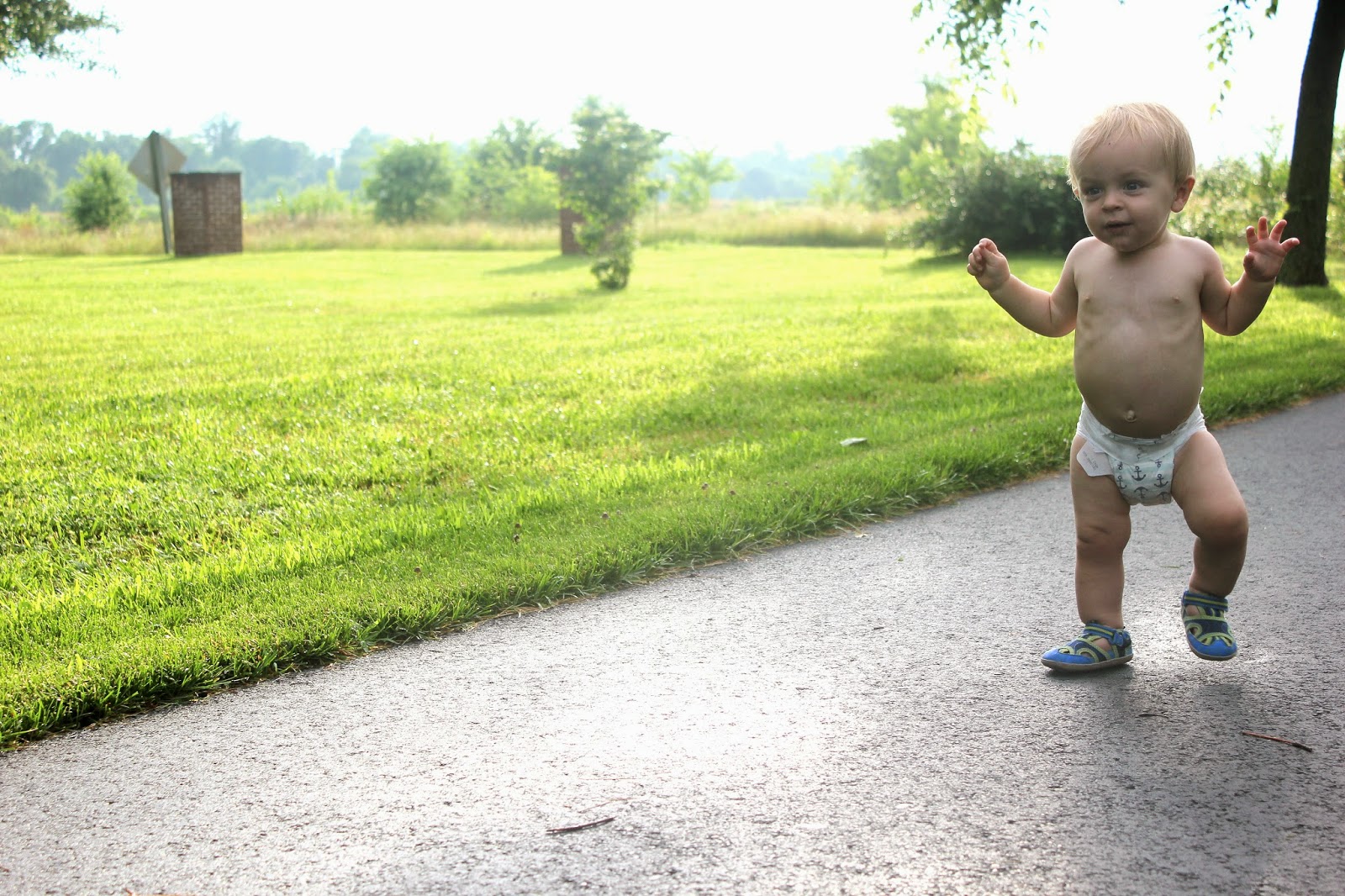 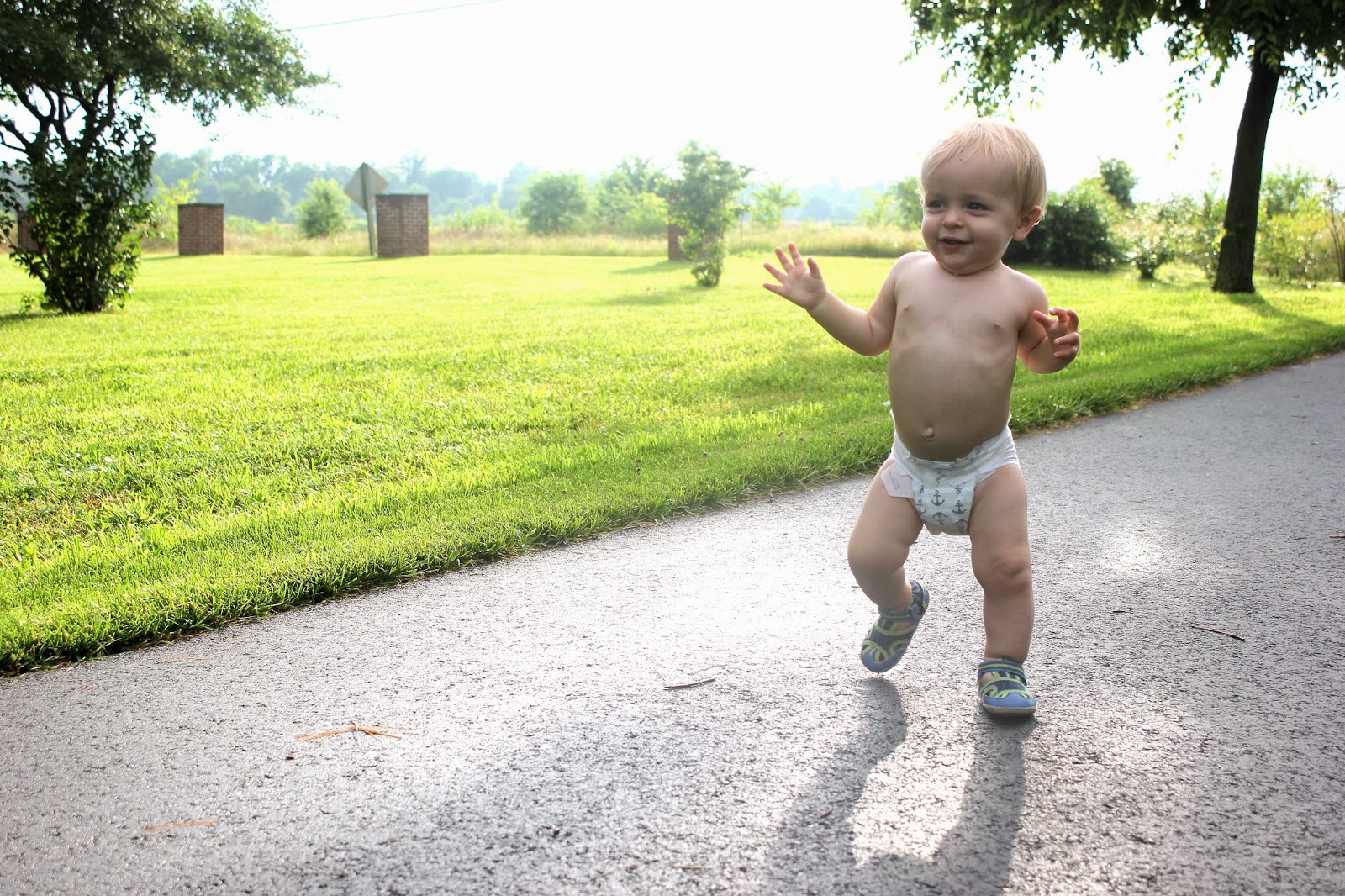 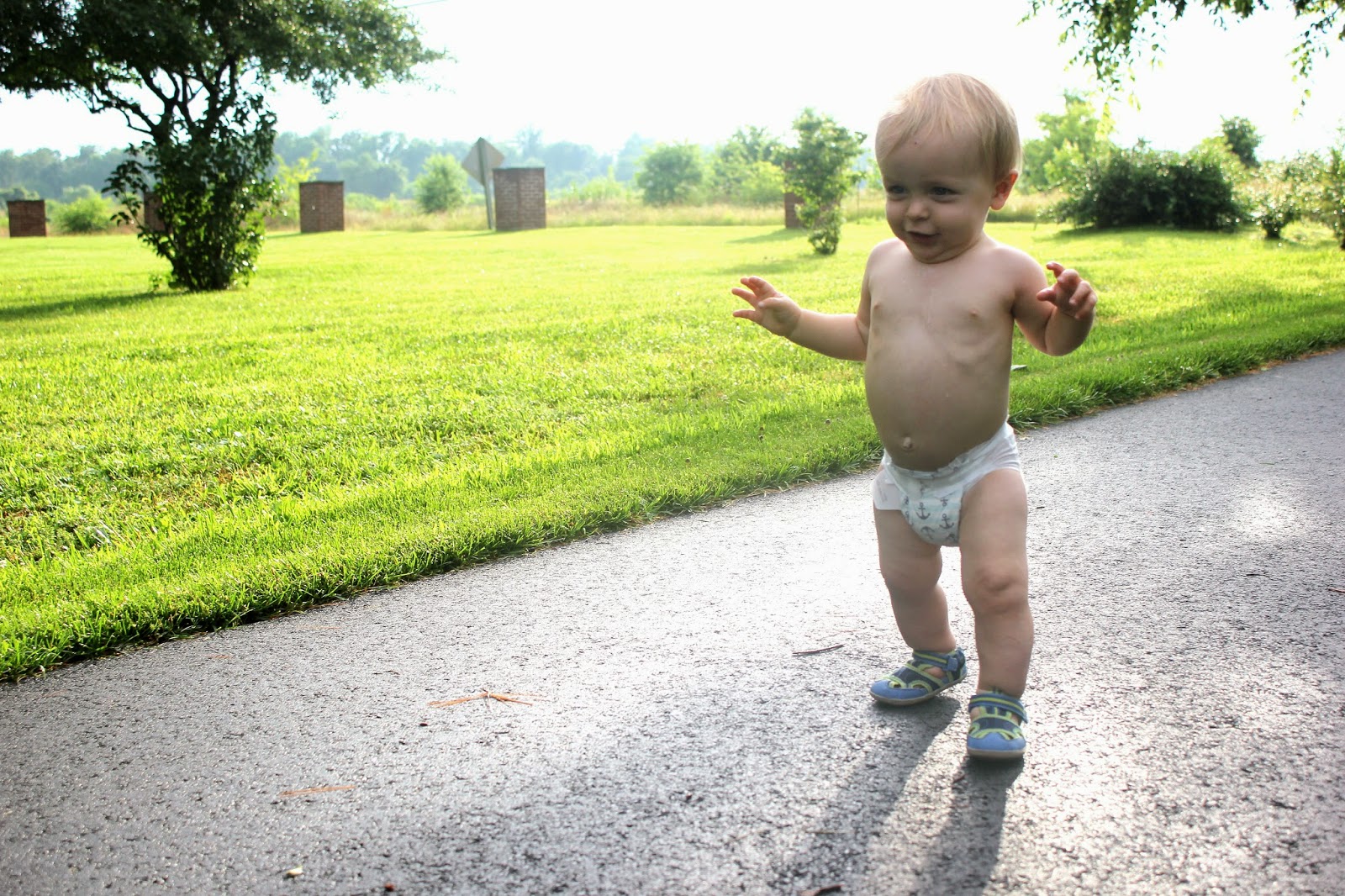 Disclaimer: compensated affiliate links may be used in this post.
on 14.7.14