The pace at which these weeks are flying by will never cease to amaze me.  Behr is going to be heading off by college before I know it!  Okay, okay, that might be a tad bit dramatic...

Over the past few weeks we have begun to fall into a bit of a routine.  Recently, Behr has been...


drooling
cooing
making dramatic facial expressions
smiling/frowning/looking scared out of his mind
mimicking both verbally and facially
when we coo "ah" or "oo" sounds...he copies us
when we smile, be replies with an in kind gesture
sticking his tongue out
it is an entirely new activity for him.
he looks in the mirror and literally cracks himself up by sticking his tongue out.
not sleeping
this boy fights nap time/bed time like no other! 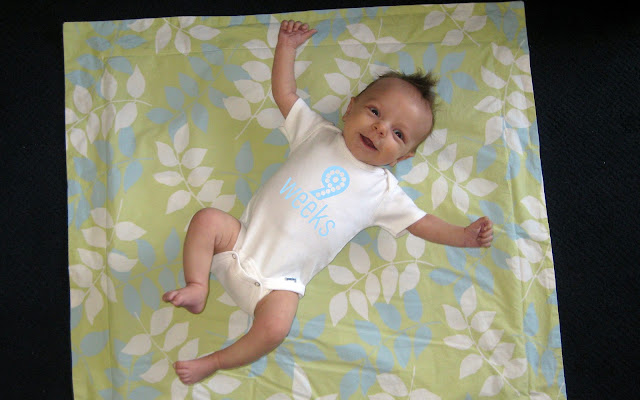 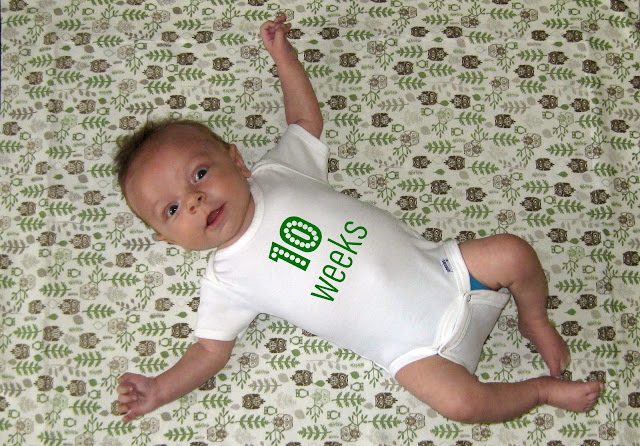 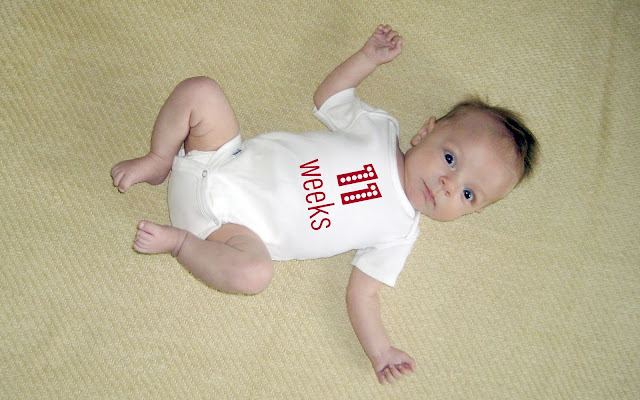