99 Things I May or May Not Have Done

This was on Southern Belle's Blog, my friend Shannon copied it, and I figure I would too since I haven't had even a single post this month! The things I have done are in bold. And because I tend to not read posts that don't have pictures on other blogs, I have included some pictures of Mark and I from when we were dating. Some of the pictures are from over 6 years ago! 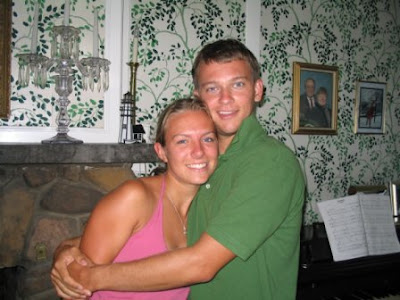 (In Connecticut for a family reunion - Mark's first time meeting the extended crew!)

HAVE YOU...
1. Started your own blog
2. Slept under the stars
3. Played in a band
4. Visited Hawaii
5. Watched a meteor shower
6. Given more than you can afford to charity
7. Been to Disneyland/World - but only when I was little and I hardley remember it
8. Climbed a mountain - a small one in Virginia, but it was still considered a mountain!
9. Held a praying mantis
10. Sang a solo - and it was UGLY! I am not a good singer.
11. Bungee jumped
12. Visited Paris
13. Watched a lightning storm at sea
14. Taught yourself an art from scratch - Calligraphy Blog!
15. Adopted a child
16. Had food poisoning
17. Walked to the top of the Statue of Liberty
18. Grown your own vegetables
19. Seen the Mona Lisa in France
20. Slept on an overnight train
21. Had a pillow fight
22. Hitch hiked
23. Taken a sick day when you’re not ill
24. Built a snow fort
25. Held a lamb 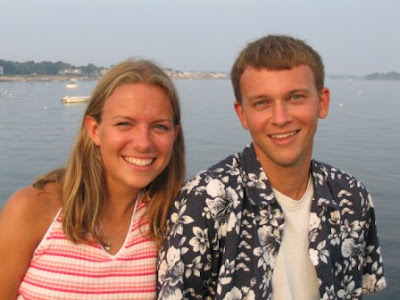 (Another trip to Connecticut to visit my Great-Grandmother)

26. Gone skinny dipping
27. Run a Marathon
28. Ridden in a gondola in Venice - was there but didn't ride one, because Mark wasn't there with me and I didn't want to experience something to stereotypically romantic without him!
29. Seen a total eclipse
30. Watched a sunrise or sunset
31. Hit a home run
32. Been on a cruise
33. Seen Niagara Falls in person
34. Visited the birthplace of your ancestors - Mark took me to Athens, Greece where my grandfather was from.
35. Seen an Amish community - I am from PA! Of course I have!
36. Taught yourself a new language
37. Had enough money to be truly satisfied - I am grateful to be content
38. Seen the Leaning Tower of Pisa in person
39. Gone rock climbing
40. Seen Michelangelo’s David
41. Sung karaoke
42. Seen Old Faithful geyser erupt
43. Bought a stranger a meal at a restaurant
44. Visited Africa
45. Walked on a beach by moonlight
46. Been transported in an ambulance
47. Had your portrait painted
48. Gone deep sea fishing
49. Seen the Sistine Chapel in person
50. Been to the top of the Eiffel Tower in Paris 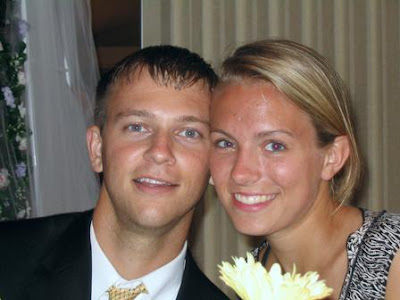 (At our good friends John and Stacey's Wedding in Maine)
51. Gone scuba diving or snorkeling
52. Kissed in the rain
53. Played in the mud
54. Gone to a drive-in theater
55. Been in a movie
56. Visited the Great Wall of China
57. Started a business
58. Taken a martial arts class
59. Visited Russia
60. Served at a soup kitchen
61. Sold Girl Scout Cookies
62. Gone whale watching
63. Gotten flowers for no reason
64. Donated blood, platelets or plasma - only when I was little and my brother had cancer - and I haven't donated blood since
65. Gone sky diving
66. Visited a Nazi Concentration Camp
67. Bounced a check
68. Flown in a helicopter
69. Saved a favorite childhood toy - I have a purple popple!
70. Visited the Lincoln Memorial - get to see it every day!
71. Eaten Caviar
72. Pieced a quilt
73. Stood in Times Square
74. Toured the Everglades
75. Been fired from a job 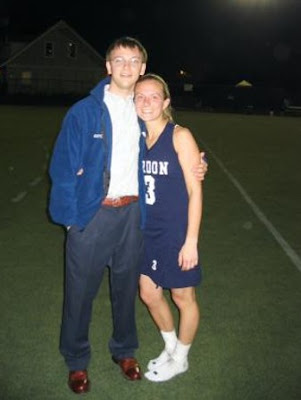 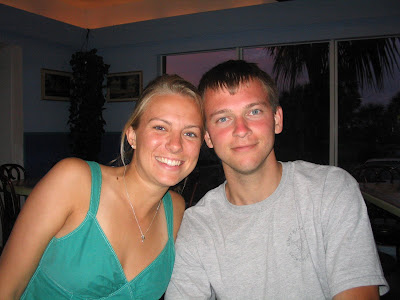 (On vacation in Boca Grande, Florida)

So now that I added pictures, it is hard to copy and paste on to your own blog, so visit my friend Shannon's blog and copy hers! Oh, and read it too!

Side Notes: None of these pictures are from anywhere we have ever lived! And I am wearing J.Crew in 3 of them!
on 6.2.09